This week I decided to bring several bookings ides to your attention and I had some inspiration for NXT. So I am starting with an idea for one match, that could bring a lot more further development.

Also, I have one segment that I have expected to see this week, but sadly it didn't happen. 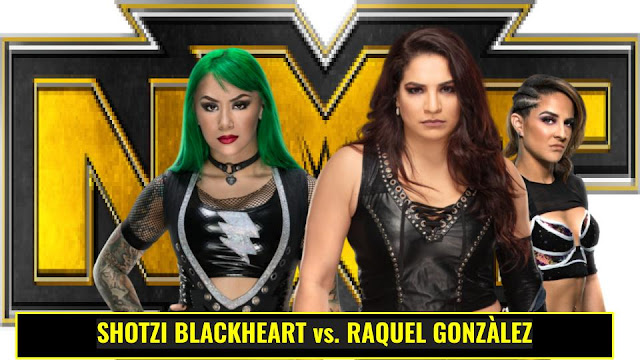 Raquel Gonzalez proves to be a real thorn in the... for many talents. She attacked Tegan Nox, Mia Yim and Shotzi Blackheart, brought some chaos in the #1 Contender's Ladder match!

Despite her having her NXT TV debut a long time ago as Reina Gonzalez, losing to Candice LeRae and participating in dark matches, she hasn't debuted as she renamed character - Raquel. The former Mae Young Classic Alumna is spending most of her time accompanying Dakota Kai.

We remember what a force of distraction Gonzalez was in the Second Chance Gauntlet match, so I decided to book her in her first re-debut match against not any other else but Shotzi Blackheart! The plan is Shotzi to be booked against Dakota, but Kai will refuse to fight and will announce that Raquel will take her place.

This is a push for Shotzi, and for Raquel as well. But I am putting Blackheart over because next, I will send her against Kai and Gonzalez will want some retribution, that will cost Shotzi's match against Kai. 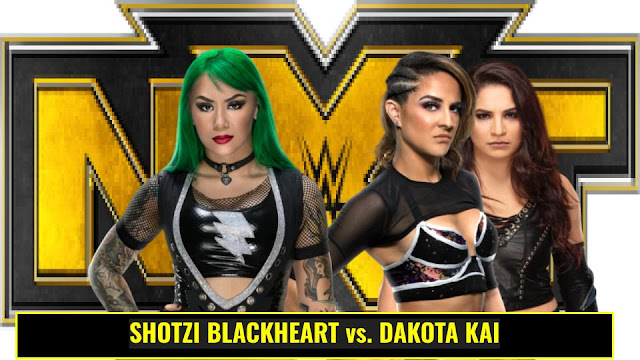 Shotzi will have a lot of problems with this duo. Another match against Gonzalez that Kai will 'safe' for her enforcer. Then the antagonizing will continue with them against The Ballsy Badass in a Handicap match after it was supposed to be a tag team, but the heels neutralize her partner  (I suggest Kayden Carter or Kacy Catanzaro, to whom the evil tandem has caused some troubles as well). Then a PPV (TakeOver), Falls Count Anywhere match with  Dakota Kai, where the Shotzi will overcome the odds (and Raquel) and will win!

So the rivalry is over and everyone can continue in different creative directions - Shotzi in a chase for the NXT Women's gold, Kai and Gonzalez after the WWE Women's Tag Team belts! 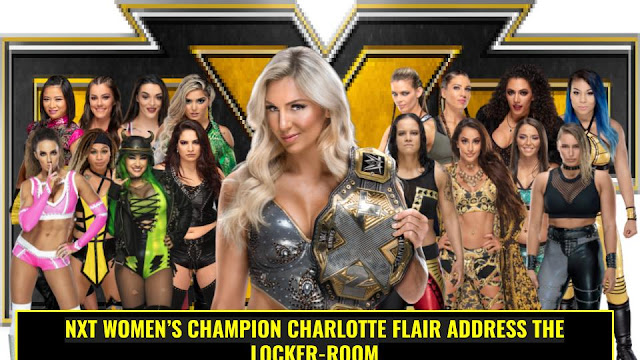 What we need after WrestleMania 36 is the Queen to step into her old-new domain!

Yes, we need her to line up the incredible NXT women in the ring and to have her amazing arrogant speech as she will targeting some specific persons like Shayna Baszler, Rhea Ripley and Io Shirai, as well she will walk and poke in the face of the rest. Bow down to the Queen!!! "Thank you, for lining them up for me William! I want you to know that I will smash you, every single one of you! Woo!

Well, you are not seeing Dakota Kai and Io Shirai. Look carefully! Dakota is missing just because they haven't added a full-size image to her profile since they uploaded it a long time ago. It's not a plot, I don't have an appropriate image...

Look, Io Shirai is missing just because there is a plot. Shirai won't be in the ring! Flair will insult her first before turning her attention at Rhea, Shayna and the rest, forgetting about the Evil Genious of The Sky!

At one point while yapping and Woo-ving, Io's theme music, and video will hit the ring. The Evil of The Sky will appear at the ramp entrance ready to run-in. The locker room will leave ringside. Shirai will attack Charlotte, who will not be dressed for a fight. Flair will escape the ring after nailing Io while she is entering the squared circle. The Queen is fleeing... or not. The ring is surrounded by NXT women. She will jump right into Rhea Ripley's face. Rhea is ready for a confrontation, but Charlotte steps back insulting the former champ, just to bump into Shayna Baszler and company while walking backward-facing Ripley. She will push  Shayna and slap her screaming that here is only one Queen. The Queen of Spades, Shafir and Duke attack Charlotte and push her into Ripley's arms. Rhea throws The Queen in the ring where Io Shirai will finish her.

What an end of the segment and what a statement by the whole NXT women's division!