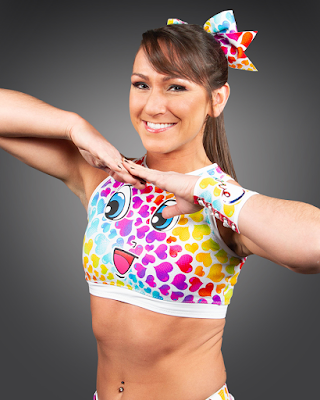 As we mentioned in the post about Impact's Results, earlier this week the promotion has signed one of the hot indie workers in their KOs division. So I decided to tickle my creativity and to pull out a whole booking strategy about her way to the Impact KOs Championship.

I decided to write for someone from Impact Wrestling, because we had a week and a weekend full of WWE action and because I think Kylie is a really interesting character to follow.

She is booked strong which is really good and I like it and I would like to build her this way. 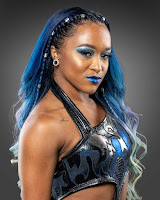 It's good to start your career with victories and amazing matches even against guest wrestlers/jobbers, but at one point you definitely will catch some evil eyes on you (faces often catches heels' eyes LOL).

I am picking Kiera because she is a really nice worker and her new heel persona needs some feed... also we haven't seen her for a long-long time. I will book it as a non-physical backstage meeting where Rae should be interviewed about random stuff before a match with an indie/jobber and Kiera passing by throwing a showoff glance at the newcomer. Then entering the entrance to watch the in-ring action and post-match attack.

I will book Hogan as a two-time winner after a cheap shot and then will book them as a lower card match at PPV eventually, where Kylie will win. I'll give a rematch that I'll put Rae as a winner as well and will end the rivalry (after Hogan demand that Rae's victory at PPV was a fluke).

I will like to see Rae in matches against the likes of Alisha Edwards, Katie Forbs, and Havok, winning all of them as the one with Havok will be sort of an epic fight.

A fight with Madison Rayne is also in the plans. Short, starting with a challenge from Rayne and a match, where I will put Kylie over. The girl needs heat on her way and heat comes in different forms, like victories.

IT'S ALL ABOUT ME 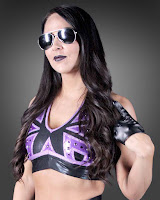 As a huge Tenille Dashwood fan, I can't miss to book her and she didn't have anything ongoing, so it would be nice to see her involved in a storyline with a new prospect.

So it's going to be a back and forth battle until a PPV where Kylie Rae will be put over. 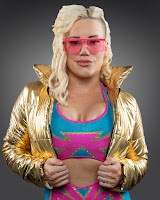 You can't go all the way to the title match and miss a confrontation with Taya Valkyrie! That should be one of the biggest rivalries in Rae's young Impact career.

I should book a #1 Contender's loss. A Tag team battle, as we are presuming that Jordynne Grace is the champ, still so we align her with Rae against Valkyrie and Madison Rayne. Falls count anywhere #1 Contender's match which Rae should win. PPV, match against Jordynne in a losing effort.

Then we will build the things into a Triple Threat match for a PPV while adding more heat to Jordynne Grace, Taya, and Kylie, as they face different opponents, as in Kylie's match Valkyrie will attack her post-match and Grace will run-in for the safe. Then the Triple Threat Title match at PPV, where Valkyrie pins Rae to win the belt which adds more fuel to their rivalry.

The following months, Kylie will have matches with different opponents from well known as Kiera and Madison, the former champ - Jordynne Grace which will be a sportsmanship type of match,  to a shorth rivalry with Havok over the #1 Contender's spot, as in the series of three matches, Rae will win, but in the last, Taya will cost her the #1 contender's spot.

After some chasing of the opportunity for a title match, Kylie will be involved in a tag team match against Taya (c) and Kiera Hogan, where she is teamed up with Jordynne Grace. Rae and Grace win after Taya leave her partner Hogan alone, during the match. In the next edition, there would be a Triple Threat match involving Hogan, Rae, and Grace, Taya will nail Grace and Hogan with the title belt in a vicious attack, just to be stopped by Rae, who will capitalize on the situation and will pin Hogan to become #1 Contender. Similar tag-team match this time with Kiera getting revenge by refusing to enter the ring and watching Valkyrie being pinned by Rae.

PPV. Title match. Victory. Kylie becomes the Impact Wrestling Knockouts Champion!!!
As a champion, I have serious challengers for her and I'll let the images speak: 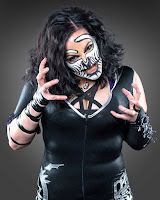 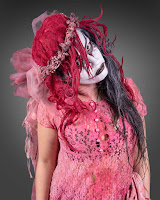