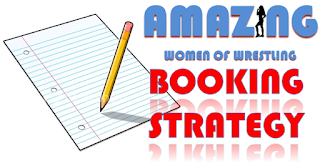 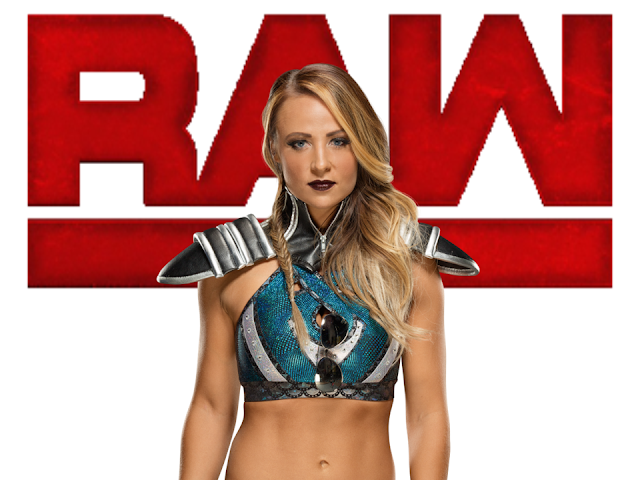 Why we choose her as our first 'victim'?

Because she is so inspiring. Her character is really problematic and needed a re-forging an year ago.

Now there is a new gimmick for her, we'll taking the risk to book her, without seeing the new character.

We suggest to see Dana Brooke in the ring, bragging for something - like she deserves a title shot and hates Bayley.

Emma(lina) entered the ring. Dana looked happy and a little bit confused. She went to hug her friend, but Emma is sort of cold. She smiled, distantly at Dana and took the microphone to remind us how long she wasn't here, how much opportunities she missed and now she is reborn (again). Dana interrupted her and talk about the new order in RAW, that every woman must stand in the line and that she is sorry but Emma or Emmalina is right behind her.

Emma smiled and told us that beauty will safe the world and RAW women's division. She even talk about helping Brooke to beautify herself! Dana get a little bit annoying. Emma talks about her next photo shoots and that is enough for Brooke. She told Emma, that the playtime is over and to take a number! Brooke proceeded to leave the ring, when the smiling Emma attacked her in the back with hair-pull takedown. Then she sit in a mounting position on her and started to punch Dana. At the end she locked her in Emma(lina) lock, that the group of referee broke and separate the women.

Emma smiled back at Dana and tell her thet she is alredy one step before her former-friend in the line. Bite the dust, b***h!

ARE YOU FRIEND OR FOE?

Backstage. Bayley is passing near Emma(lina) who is checking herself in the mirror. Our favorite Hugger welcomed  the Australian beauty, warmly. Emma smiled at her politely and thanks. She is starting to explain how busy is she buying new clothes, appearing at photo shoots. Bayley is confused, but interrupted her, nicely telling her that she got to go.

When Emma turned backward to the mirror she saw Dana Brooke who told her that they have a match tonight and it's next and her beautiful outfit or hair cut will not help her. The play time is over!

After back and forth battle, Emma defeated Dana Brooke.

Another segment the same night involves Stephanie McMahon, Mick Foley, and all of the women's involved in the Survivor Series match. This is supposed to be a team-building that ended with a brawl: Charlotte throw Sasha out of the ring, Bayley clean the ring from Charlotte, Nia Jax throws Bayley away and turned on Emmalina who is sitting in the corner. Emma is pretending that she leaves and when Nia turns her back on her, The Australian Beauty attacks her. At the end Jax overcome her foe and stand on the ring smiling at Emma.

Emma is booked to be Bayley's tag team partner, against Nia Jax and Dana. When Bayley found her, she was participating in a photo shoots. Emma invite her to join her. Bayley refused politely and remind the Beauty that they have a match and leaves confusing while Emmalina was watching her with a frozen smile on her face...

The tag team match will lead into a #1 Contender's one on one which Emmalina will win.

Of course the first title shot will be unsuccessful.

UNTIL THE END OF THE YEAR AND THE BEGINNING OF THE NEW 2017
Emma will go back and face almost every woman on the roster with sporadic wins. She will act more like a heel, or tweener.

We hope that Paige will return and will team up with her for a while, before both turned on each other. Emma will win.

Short rivalry with Nia Jax. Some face characteristics displayed by Emma. Jax will dominate most of the time. One PPV match. Alicia Fox teaming with Emmalina in a 2 on 1 handicap against Nia. Both lose it. At the end Emma defeated Jax.

Rivalry with Sasha Banks. Banks domination. Emma comes out on top in the last match.

More matches against the likes of Bayley, Dana Brooke, Summer Rae, Sasha Banks and Paige. Teaming with Alicia Fox in a tag team named the Primadonnas!

Success on the tag team scene. The Primadonas went down to NXT to defeat Billie Kay and Peyton Royce. Back on RAW bothe women has success against Sasha & Bayley, Summer & Charlotte, Dana and Nia Jax.

Battle royal. Emma won it, by accidentally eliminates her teammate and Paige(eventually) at the end to win the #1 Contender's spot.

Reviving of the old feud with Dana, as Brooke attack and kayfabe injured Emma.

Dana steal her place as #1 Contender on a PPV. Emma returned and establish herself as a face, by defeating Brooke, again.

In RAW she defeated the Women's champion in several tag team matches. At last Emma received her title shot after the Royal Rumble. She is booked to win the belt in a very competitive fashion on RAW, after neutralizing Dana Brooke's attack. 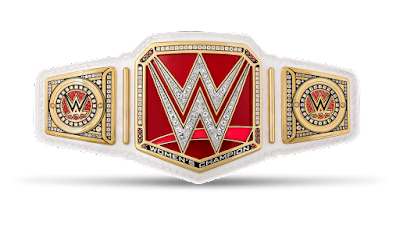 FOR MORE DETAILS! ASK US VIA THE CONTACT FORM!

*Actually I can build this line of events even more describing, than it is, match by match and with angles. But decided to shorten it up!