IS ASUKA REALLY THE UNDEFEATED EMPRESS? ERASURE OF A LOSS 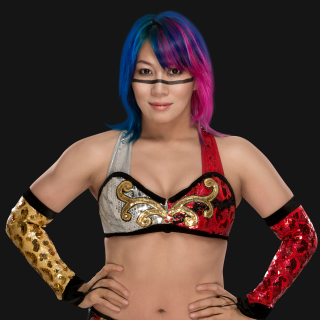 Is Asuka really the undefeated Empress of WWE?

If I ask you: Is Asuka undefeated?

The answer is 'NO'! And the evidence of her loss is well documented. It was broadcast in January 13, 2016 on NXT episode. In this episode Asuka participate in a #1 Contender's Battle Royal, to determine who will face Bayley for the NXT Women's title. At the end of the match the Empress eliminated Billie Kay and Peyton Royce, and she thought that she is the winner, until Eva Marie, officially eliminated her!

After all the match was won by Carmella.

But this is a quick reminder for those who cites Asuka as undefeated in WWE/NXT! She had one televised loss guys. Longest winning streak, doesn't mean undefeated!

But that loss can't shadow the Empress of Tomorrow success and her legacy. Now Asuka is on her way to write a history at WrestleMania, eventually winning another belt and continuing her streak, waiting for the one who will break it!

Email ThisBlogThis!Share to TwitterShare to FacebookShare to Pinterest
Labels: ANALYSIS

WOMEN OF HONOR CHAMPIONSHIP: THE IMPORTANCE OF THE TITLE CREATION With new web site format, that includes Women of Honor section, ROH (Ring of Honor) is just continuing the evaluation and elevation of their women's roster.
Read more »
By S.K. at March 06, 2018