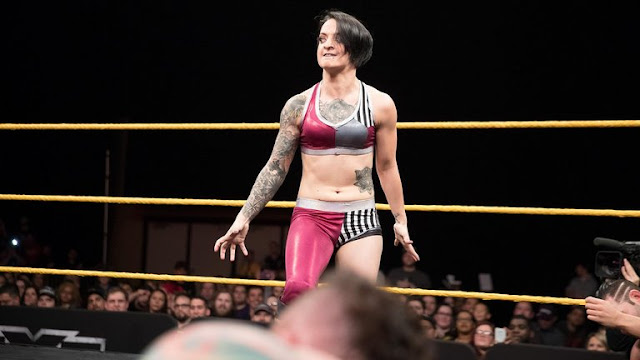 WWE NXT is the land of the experiments, development and the dreams for WWE Main Rosters.

For me, (not only me)  NXT is the third brand of WWE, which sometimes is even better than RAW and SDL...

This week in Booking Strategy we decided to present three women we want to see added to the NXT's OFFICIAL roster, from the talents who already training in WWE Performance Center and we added a "+" content. booking strategy for Ruby Riot!


If there wasn't Tony Serano I will add every training man and woman to the NXT roster! 😁 Of course it's not possible, so we fought and browse through the women's names and we decided to present the following three, to create a booking strategy for them and since we (me and Serano) are both excited about Ruby Riot/Heidi Lovelace/Dori Prange surprising debut, we decided to have some fan booking about her!

So here we go: 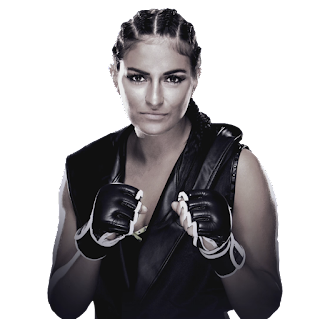 1. DARIA BERENATO
We want to add her first.

Daria earned a lot of experience during live events and even appeared in several TV matches. Her gimmick of an MMA fighter is really nice and her hunger for a competition is not to be underestimated.

Let's see some IWD statistic about her:

Nice results. Of course, in the beginning, she has a lot of loses. She was a Tough Enough competitor with limited wrestling experience. So she needed to learn how to fall, before starting to earn some victories.

In the beginning, we planned some jobbing. (Of course)

First, we booked her against Liv Morgan. Just a sportsmanship match. Pure competition for pushing Liv and allowing Daria to receive more confidence in the ring.
We booked a match against Aliyah, putting Aliyah over. Another pure competition.
Then we decided to honor her Tough Enough roots, by putting her in a rivalry and several matches against the fellow TEnough Golden Goddess Mandy Rose.
Of course, here we will add Billie Kay and Peyton Royce, too. They can help Daria to develop her skills even further.
Eventual title shot she will earn at the second year of her official debut. We hope that Nikki Cross, Ember Moon or Billie Kay... one of them will be champion at the time.
If she last for long and there is no other competition eventually after three years she may become a champion. 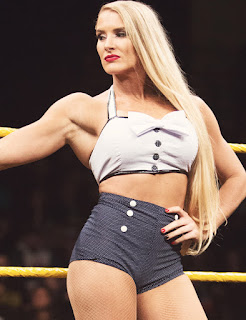 
Hmm! This one looked great as a junior trainer at the tryouts. Her promo on her tryouts was good. Our problem is with her Classy-Lady gimmick!

She's beautiful and tall. Gracious. With beautiful long hair. Buuut her amazing physique and muscles are not well associated with Classy- Eyecandy -Porcelain Lady! For us, this gimmick is not working well! Maybe there are many people who like it. According to her Twitter account, she already gets used to it, but we still think that more commutative gimmick, that makes references to her marine background will work far well, than this one. Woman-warrior, with gorgeous long blond hair and stunning abilities. Heel combat chick!

Let's check some stats!
Estrella debuted last year. So to this day, she has entered  the following results:


Nice records. For someone who loves to look only at the surface, this is bad! But for us, it's nice. Many lost matches at the beginning and slowly booking over her opponents these days.

She'll be a nice official addition to the NXT's family...

We have two strategies for her:

1. Debuting her as a warrior-soldier alike gimmick, then making her a client of Paul Ellering and a valet of the Authors of Pain. As their valet, she may enter a rivalry against Nikki Cross, while the Authors are fighting against SAnitY.

As the Authors of Pain valet, she can have several attacks on the current women's champion and a title shot with her team in her corner.  We will build her as a strong cheater, who will earn some cheap, but hard victories over the champ and later with Paul Ellering, The Authors at her side she will challenge the title  holder on a match at the forthcoming TakeOver, where she will lose, after the champion is saved by #DIY or someone else.


2. We continue with this Classy-Lady madness and she starts to job for Liv Morgan, Aliyah, Ember Moon, Ruby Riot, and Asuka. Eventually beating Daria for one victory! She may face Nikki Cross again.
We can see her teaming with The Iconic Duo of Kay and Royce, with Mandy Rose, even with Sarah Bridges or even Lana.

She will job most of the first year, then we will push her when the situation with NXT women's stuck in one place. She can attack the other faces. Eventually, she may turn into a face in the process.

We give her from 3 to up to 5 years, to her reign as champion in NXT, if there is no one more credible for this position.

About the ring name. The word "Estrella" means "Star" in Spanish. So we want to keep it! 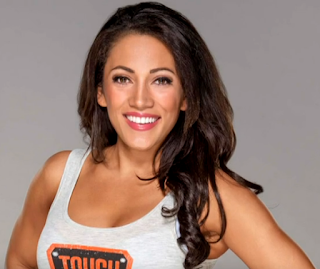 
Danielle Kamela made her strong debut in NXT TV taping losing to Asuka, as  I can't remember if this match was broadcasted. Her next two losses against Peyton Royce and Nikki Cross (which was reversed to win for her, via referee decision) are far well documented.

But we want to debut her. She is charismatic and has some good potential. And we need some faces to job for the heels at this point. We will build her as part of the good girls, who constantly fight against the villainous Superstars.

First, we will book her against Nikki Cross. A rematch of course with Nikki winning again without a problem.

Later we will see her fighting against Billie Kay and Peyton Royce with different partners in a tag team matches and in singles matches.

We will book her in multiple contestants matches a lot at the beginning.  Maybe in a #1 Contender's Battle royal, where she will be eliminated early.

We want to see her facing Lana and Mandy Rose, on different occasions. These may be little feuds with some backstage barging and fights. Of course, we want to see her fighting against top competitors like Ember Moon, Liv Morgan, Aliyah, and Asuka in sportsmanship matches.

Of course, she needs to participate in more live events, against and with her fellow NXT Superstars, but as a jobber, she will be a good addition at this point to NXT's roster. We can see her as a potential champion from 4 up to 5-6 years if there are not more appropriate Superstars. 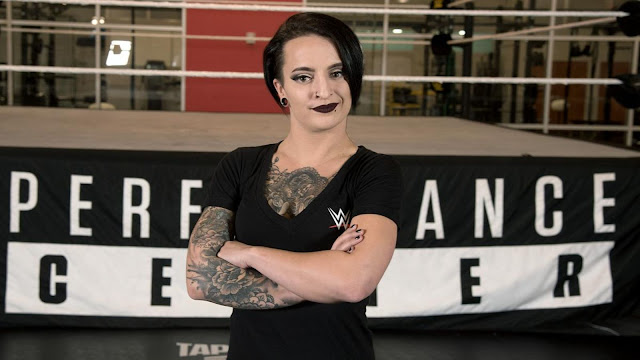 I am (personally) excited about Ruby/Dori's debut. My own fantasy booking experimental promotion is filled with tattooed and fresh female talents involved in stables against the other beauties...

Dori is far different from the past formula for WWE Divas, who was "The look first! The skills will be developed eventually, later!". A risky one, that didn't pay all of the time. Dori Prange, well known as Heidi Lovelace is a well-established wrestler with over 289 matches for promotions like SHIMMER, SHINE, ROH, CHIKARA, etc. I remember her from her time in OVW, where she had to work with one of my favorites indie wrestler - Taeler Hendrix.

The TakeOver will pass away! What's next?

We turned on an old rivalry between Mandy Rose and Ember Moon. This time Rose may targets Riot on the same topic "How a WWE Female Superstar must look", "I am beautiful! You are not", etc. That will be a nice rivalry for Rose. It will be a nice start for Riot. As we can see Ruby as a winner.

Of course, when we talk about beautiful appearances and higher self-esteem, Billie Kay and Peyton Royce, must be involved too. They will attack Ruby, will cheat in matches, until she got enough and with a tag team partner (why not Sarah Bridges or other faces), she will defeat the Iconic Duo.

We want to book her against Asuka and Ember Moon in the future. And eventually to revive her rivalry with Cross. We can see Ruby Riot as a Champion in up to 3 years, since her official debut!