WILL THE WAITING WORTH IT? 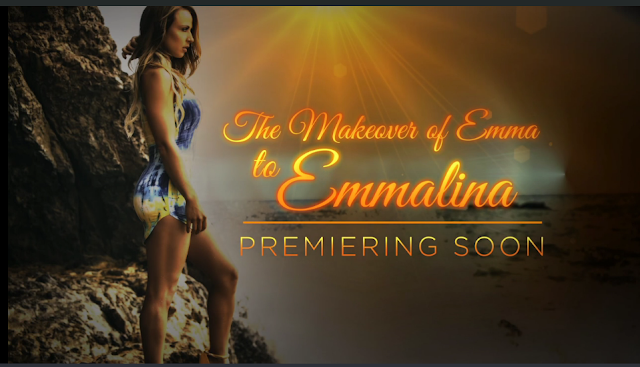 Sorry that me and some of the AWOW team members are not 'obsessed' with Bayley vs. Charlotte Flair or Nia Jax vs. Sasha Banks, or La Luchadora's identity! There are tones of articles in the net, about these topics.

Actually WWE creatives didn't realize that this is going to ruin Tenille Dashwood/Emma's career with the company if what they promise didn't happened.

Emmalina - Emma's alternative photo model identity! Actually Emma is beautiful but she doesn't fit in the traditional model role. Emma is good as wrestler. So we hope to see her hitting new moves and winning a lot of matches. Changing the focus from her skills as a competitor to her appearance is curious and risky.

Of course the fans forget everything when you show them a picture of blond woman wearing a swimming suit, but in the case of Emma/lina and her two metamorphosis prior the injury last year, they are not forgetting how close to the top she was.

Emma vs. Paige in NXT, was her best competition. The attempt to revive it later in WWE main roster almost worked, but the time was limited and they didn't evolve it. Emma vs. Asuka was a nice battle for both competitors. At this point Emmalina The Model and Seducer may have to start with a blank page and challenging Alicia Fox, for example. Two pretty women with attitude. She can deal with her former teammate Dana Brooke or she can use Dana to get involved in the title picture... Her battles with Bayley and Sasha Banks are destined to happen.

But there is one woman who needs to revive her WWE career desperately, like Emma. PAIGE! These two great, former indies, need to meet each other in a serious rivalry, well constructed and highly competitive.

I think that many of us are not excited about Emmalina's new gimmick, more than we are excited about her return. I'll be honest with you - I don't feel regret toward her previous gimmicks, I like her as a clumsy dancer, I like her as a heel. I am curious how she will fit in her new role of model-like seducer! I can't wait to see where this will take her.