THEY ARE COMING TO WWE... TWO WOMEN'S SPOTS EMPTY IN NXT! 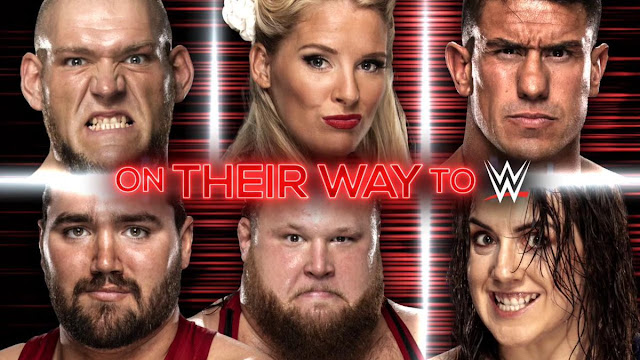 
All of them are on their way to WWE, as the Monday night's promo and Shane McMahon promised! But what are the consequences for the NXT women's division, when they are losing another pair of talents?


I am happy for Cross! Honestly! I don't know where they will assign her, but I am happy for her because she is a strong character and super talented wrestler. Meanwhile, I am a little bit surprised by Lacey Evans call! She even, didn't have a title match in NXT! She is not undefeated as well. Yeah, she is strong and great wrestler... maybe, they need her in the main roster for some reason. And she deserves it, somehow!

I hope to see Cross in SDL - as singles competitor and as manager. Nikki was someone who had bring the current women's champion Asuka to her limits and I hope to see this rivalry revived. As well it will be nice to see the Twisted Sister bringing her chaos and seeing play with Charlotte and Becky.

Lacey Evans could be a good addition to Raw. Or SDL?! Why not? But the IIconics are in SDL and they have sort of similar gimmicks. So the Lady of NXT is needed more in RAW, where the diversity is more obvious and more colorful - from Riott Squad to Nia Jax, all shapes, sizes, inks, etc. And the Lady will fit well starting rivalries with the likes of Ember Moon, Bayley and Sasha, Natalya... That would be a great decision and start for her!

But calling these two, the  NXT women's division will have two empty spots and be sure that they will fill them, quckly. Actually, tonight's episode will show us the two new additions to the TV roster, officially. Marina Sahfir and Jessamyn Duke! No Lacey Lane, no Chelsea Green, no Xia Li, no Reina Gonzalez, etc.! The rest of the MMA Four Horsewomen will rise quickly, in addition to Shayna Baszler. So, don't worry! Everything is filled and packed in NXT. Of course this will mark the beginning of tag team war involving Dakota Kai, Io Shirai and Kairi Sane (faces) against Baszler and co. (heels) which will be interesting. 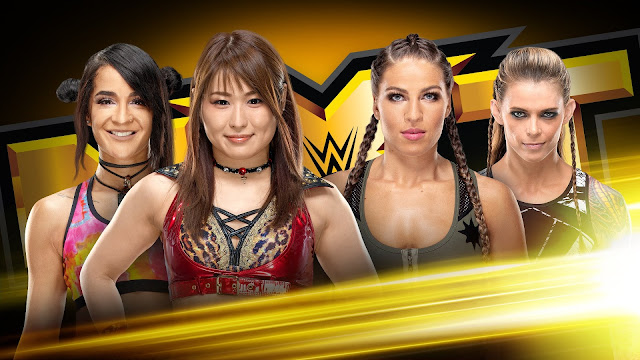