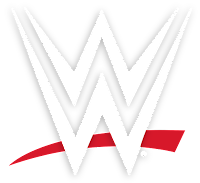 Two of the biggest events for WWE NXT and WWE are happening this weekend and we hope that we are on our way to put our predictions bomb: All in one post!

Three Women's titles and one miexed tag team rivalry are set for both shows and a bunch of great talents involved. Let's not lose time and dive in starting with... 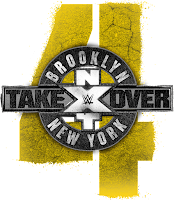 Fourth annual NXT TakeOver: Brooklyn is on it's way to make more history, this time with Mae Young Classic victory score set up. 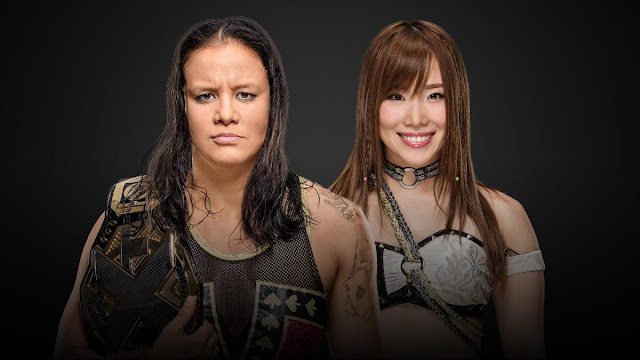 An year after, Shayna Baszler is NXT Women's Champion and had victory over Sane. Baszler's reign of terror continues and her dominance is far from doubtful.

Many fans of the Japanese wrestling style and people who love good to win, have their sights, hopes and prays with Kairi. Sane proved that she is one of the top young Japanese female wrestlers and that she can deal with almost everything. Her style is really technical and with amazing strikes, but is that enough for her to defeat Baszler and to leave Brooklyn as Champion?

Shayna Baszler. The Queen of Spades. I don't like bullies, but I can't close my eyes in front of a talent. A talent that knows how to play perfectly every aspect of the business. She is perfect, dominant and cruel heel. She nailed her interviews and her moves. She is the perfect Champ at this point.

Man, I hate this part!

We have two great talents, equally good and worthy of being champions. But we have timing, we have suitability, we have a lot of creative factors that we must pay attention to. It's not that simple to allow the hero to win the match. At this point we are agree that Baszler is the greatest option for NXT's women's division, because her character is motivating, in a negative way. Using negativity of terror and bullying, she force the whole women's division in the Black and yellow brand to rebuilt itself, to work harder and to be innovative. If Kairi somehow wins that match, she will become something like Bayley - the Champ with the target on her back, who barely survives her matches, with out of nowhere wins.

That's why we think that Baszler will win tonight in a very competitive match. Because at this point she is the best for NXT Women's title, no matter how me and many others are not pleased with that fact. 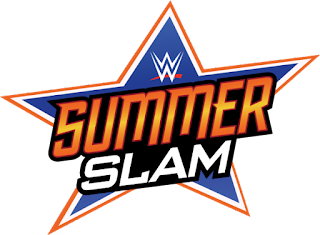 Three matches that include women in their will take part of the Biggest Event of the Summer Match Card! Two championships and one Mixed Tag team for the Kickoff. 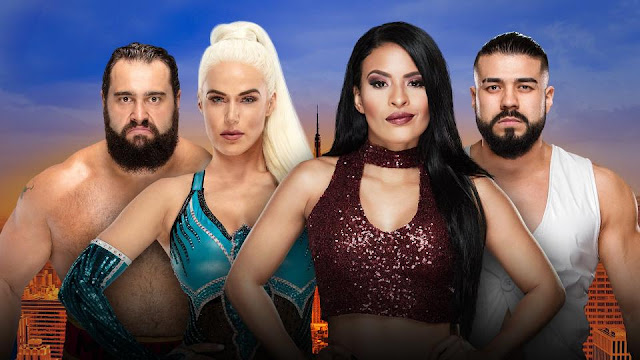 We hope that the justice will prevail in the third encounter between the Ravishing Russian and the Sensational Latina! As much as I admire Thea Trinidad (who?)... Oops! I mean Zelina Vega, I'll b glad to see Lana steal one major PPV victory...

Lana works really well these days and it's obvious that she is developing a lot since her debut at WrestleMania's Kickoff years ago. She was always well balanced wrestler and I just can't get what the fans are arguing about? The shortage of her matches, eventually, but WWE just didn't want to over-push or risk that much at the time she had her title shots against Naomi. They wanted to take it easy with the Ravishing One and to build her as good manager and occasional wrestler. They did a great job and even if I am the only one who praise and believe in Lana, that is not a problem I just can see IT and she had IT!

On the other hand we have a really great, established on the independent scene wrestler - Zelina Vega, who is stunning manager and ... well I am kind of mad how WWE presents her as a wrestler and I hope that they are just keeping the really good stuffs that they got in store, for Vega's future career development. The girl hit hurricanrana's variation on men, like a Goddess! I really love the idea to push Zelina that soon, because this is what she can do to wrestle. Her quality of work helped Lana to raise her own bar. I hope to see The Sensational Latina do it again tomorrow - win or lose, to look 100% professional and great.

Of course both ladies have two really great male Superstars as partners, who will be a total support for the girls and we hope not a spotlight takers. 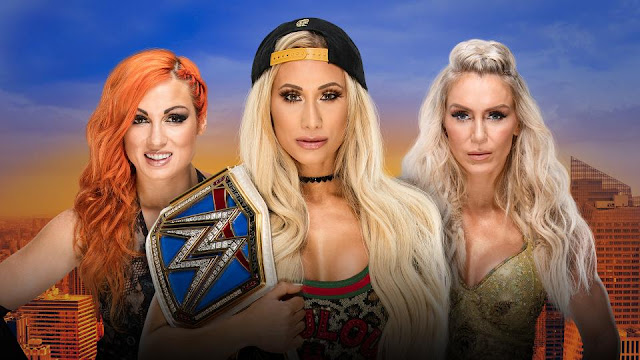 This one is really great structured as idea and it was quickly built in the manner of the Impact wrestling - quick and not giving you time to react!

Actually I love that kind of building in this case. Becky Lynch had build her momentum from months defeating the Absolution and the IIconics, members to reach where she is. It looked like she was securing her place as #1 Contender! It looked like she is ready for her second, long awaited title reign. Awaited and deserved! Becky is really, really huge world class quality competitor, who didn't had a lot of opportunities, at the beginning of the year. She was sidelined from the title picture from far too long and her 'almost got it' Money In The Bank appearances, was kind of not helping her a lot. And just several weeks ago it looked that FINALLY she will get a title shot and even a title reign and she was screwed up by her best friend...

Charlotte Flair's return and quick involvement in the SD Women's Title picture is nothing new. It was done so quick that we almost didn't have a time to react. But wait a minute, maybe it's better this way! To see how long will Lynch-Flair's relationships will last after that test. And Charlotte really deserve to be added as a difference maker and to make it even more competitive and sweet for Lynch to win. Flair will have her title reigns in the future, we are not having doubts about it. We appreciate the idea to see her put her athleticism on display against her bestie and Carmella! At all!

Carmella is definitely in trouble! She might remind us how many time she had defeated Charlotte, but now she had two of the greatest women of our time, against her. Well, The Princess of Staten Island is doing it really well, with a lot of help by her pet Ellsworth or without him. Her wins are really impressive if we forget how she won (especially against Asuka). Mella is a good worker and she deserve to be a fresh air for a while, but I think that she is on her way to be blown away from the top.

I hope to see Becky Lynch win it!

I hope to see her facing Asuka at Evolution!

But the chances for that are equal to those of Charlotte. Carmella on the other side is not to be underestimated, because she can capitalize. But i really hope that Becky will win it! 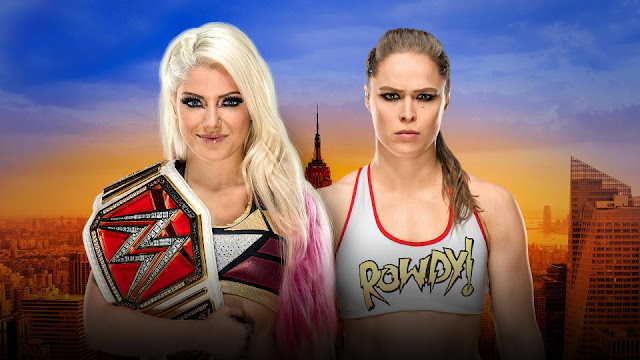 The most anticipating (women's) match!

I am not agree with some statements about Bliss' validity as Champion and how WWE don't want her as Champion at Evolution PPV.

Alexa Bliss is Legacy maker, like it or not. Her talent is undoubtedly one of the greatest and NXT Best quality production. She is great with mic, great in the ring... She was driving force for many of her fellow Superstars success...So. let haters - hate, Bliss has a really good chance to enter Revolution with the belt! How? We'll see tomorrow. Until then I really hope the writers to come out with great way that to happen.

You want Rousey to make history? Then book her to win the belt at Evolution - make her hungry, angry, more concentrate on the goal. More furious!  Don't give her the belt that soon. She deserve it and worked really hard for it, but at this point her rivalry with Bliss is the one that drives her career further. If she beats Bliss tomorrow, who is next? Who is that big to continue to keep her career to evolve? Mickie James? Nia Jax? ... Ronad needs to make history and the answer is - EVOLUTION PPV!

Overall we think that chances for Rousey to become Raw Women's Champion are big. Equal. It would be a curious turn, but it worth it. On the other hand, as much as I enjoy Bliss' reigns, I would like her to lose at Evolution.