WWE RAW RESULTS APRIL 29, 2019: A MOMENT OF BLISS ENDED IN A MATCH. THE MAN AND THE LADY OF WWE SQUARED OFF BEFORE MITB

Weeks before Money In The Bank, we have a lot of happening on the women's wrestling stage in WWE!

First, we had an introduction of the RAW's men and women competitors at MITB on the show 'A Moment of Bliss'! 4-women who will have the opportunity to win a contract for a future title shot and we have a debutante! ... And a match!

Then we had another storyline in a (physical) development that brings referees and authorities on the stage to bring peace. 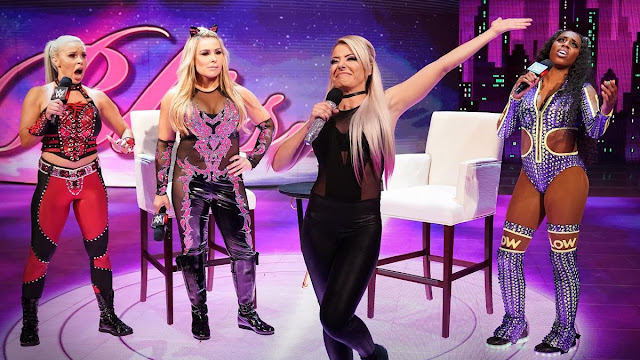 Someone who can twist everything around her. She started to introduce RAW women's participant one by one, trying to not allow them to talk too much...

First, we had Natalya who thanked for the introduction but was cut short by the host. Then the debuting in a MITB match Dana Brooke entered the show and had a little confrontation with Natalya, who asked if Brooke felt like the Queen of Harts is holding her back.

The final introduction was The Glow -  Naomi, who is on the roll, since her transfer from SDL to RAW. Naomi reminded us that she already had had two SmackDown Women's reigns and now is focused on winning the Raw Women's title.

In the end, Bliss presented the final 4th RAW women's participant, who for no one's surprise was herself! Yes, the last year's women's MITB winner who cashed in immediately and won the Raw Women's Belt is back on track for the important ladder match! Alexa Bliss said that she is willing to win again...

Then Naomi outshouted the rest of the women and challenged Bliss on a match, as Alexa tried to avoid it... But it wasn't meant to be delayed!

First, good set up for an impromptu match, that followed. All the women were in their places (i.e. they did their job), especially Alexa and Naomi.

Bliss is brilliant when it's time to talk. She had several lows, but overall, she is amazing with the mic and she is like a solid foundation to the other people involve in a talking segment with her.

I like that Nattie and Naomi are in the MITB. I like that Bliss is there and despite that, I expected someone else (Ruby Riott), I am happy and curious about Dana Brooke's involvement. It's a huge gesture and thrust from the creatives and authority and I hope that it would pay off. 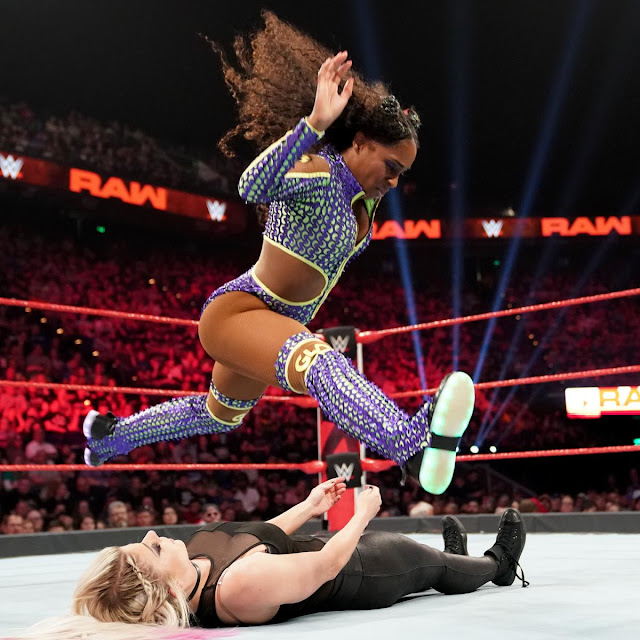 These two women know each other really well! They were part of the same brand for long enough to collide. 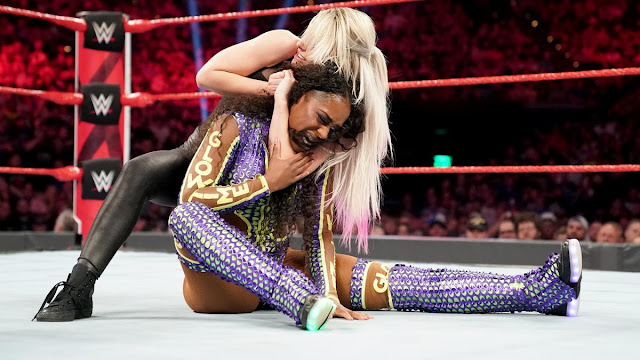 The match was really athletic. Bliss had her moments, a lot of trash talk and her tricks, like trying to tie up her shoes all the time. In the end, The Goddess lost more than shoes when Naomi nailed her with Rear View and drag her in the corner to finish her with a Split-legged moonsault for the win. 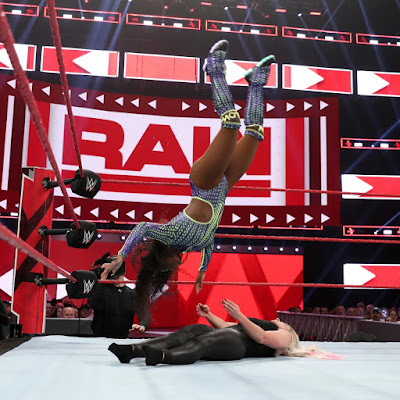 After this week I can finally say that there is a shifting in Raw women's division landscape. Some movement.

Actually, Naomi stepped... slingshot herself further and I like it. This match with Bliss was better as an idea that her strange build-up with the IIconics. I love her push and I want to see more. The Glow deserves it!

Alexa was in shape and she did everything she usually does to bring emotions and twists in her matches. It was really nice to see her working with an old 'friend' from the blue brand.

Nice match, with future development in it! 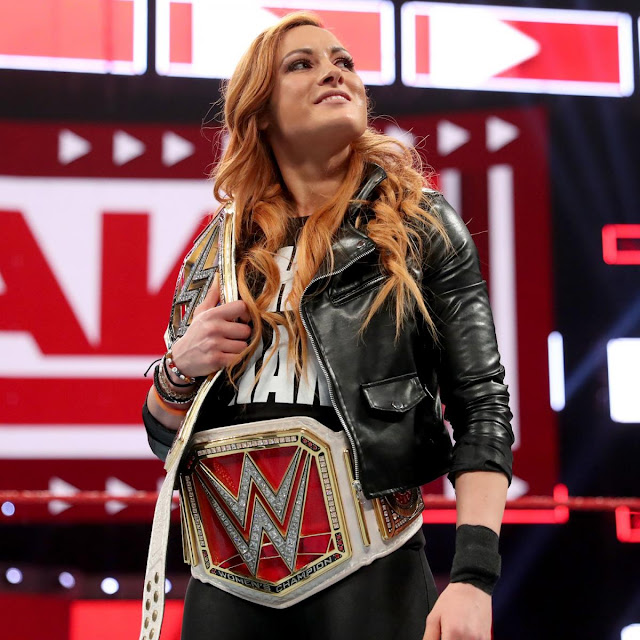 Another week. Another chapter.

The Man was on Raw and after a speech on the mic in front of her (it was an interview segment with Charly Caruso in the ring), Becky told us the essential truth about her reign -  She is a double champion, not because she dodged her opponents, but because she beat them. So bring them! 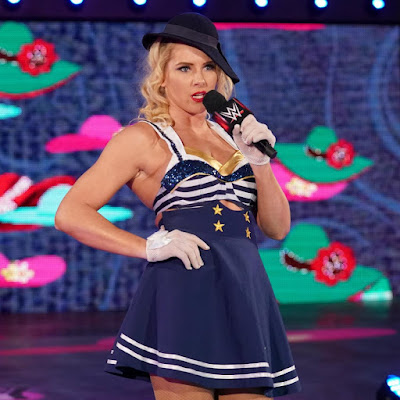 Then the Lady of WWE Lacey Evans hit the ramp to scold the Man again. This time Evans decided to drop her ladies manner (to make an exception) and stormed the ring. But Lynch was prepared and jump out to face her nemesis. 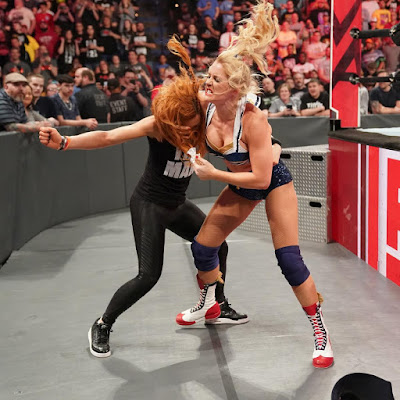 A fight started outside the squared circle, that force referees and other people from the personnel to enter and try to separate those two. Mission almost impossible. Both women wanted pieces from one another and they were willing to tear some apart. They were separated after hard efforts by the personnel, but not before exchanging a lot of punches in their faces.

I like everything in this angle. From the start. The Man and The Lady are so good at exchanging insults so I can watch them every Monday.

I want to pay more attention to Lacey this week. I remember that when I saw her for the first time I wasn't into that 'Lady stuff'. She is a solid woman, with nice muscles. I needed some time to get used to it. But these days, I enjoy her gimmick more. The way she talks and walks like a Lady - she is 101% into it and it pays off for sure. I really enjoy the way she entered the title picture and I am really anticipated what will happen at MITB.

The episode was really well packed and I enjoyed every women's segment and match in it. As I mentioned up there, I am happy that Naomi stepped forward and that there is not only Lacey Evans who is active.

There are still questions: Where is Ruby Riott? What about Sarah Logan? and of course Where is Sasha Banks? What is happening to her? Is she going to spit on her career and part of her WWE fans?