ONE OF THE HOTTEST LUCHA UNDERGROUND'S RIVALRIES 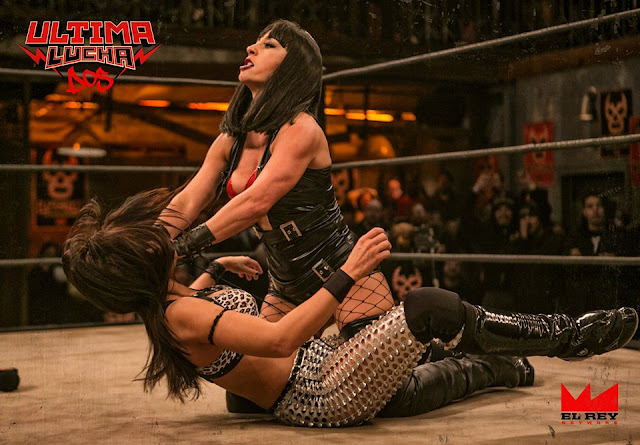 I don't know what I want more - to see more Kobra Moon or Black Lotus in-ring action not only in angles, or to see Lucha Underground Luchadora's division growing more and more, or to see Reigna Of The Temple Championship, created for God's sake!

I know that I am so jealous of Germany and several other countries who are able to watch Lucha Underground!


I know that it's really nice to re-discover Karlee Perez, better known as Maxine in WWE, as the vicious seductress and mistress of Death - Catrina. Perez is totally reborn and more heel that she was in WWE. In Lucha Underground, she found a nice land of opportunities and she develops one of the most controversial female-villain characters.

Of course, we had to wait for Season 3, to see her in-ring action against the Baddest B. in the House/Temple - Ivelisse. That was the time needed to develop this rivalry and to push Catrina into her amazing in-ring debut for Lucha Underground. I will not spoil it. I heard that the match was great!

And what else we can expect when we have two of the Lucha Underground women's division biggest stars, fighting for supremacy. We hope to see more development of the Luchadoras roster, by addition of new names and more women's matches, one day for the women's title, maybe!
By S.K. at June 26, 2017