What started as a good and interesting roster's changes after the Shake-Up is kind of set back. No Liv Morgan. No Mickie James. Not a twist!

The night was usual in the meaning of usual, not in my satisfying determination of 'Usual'. 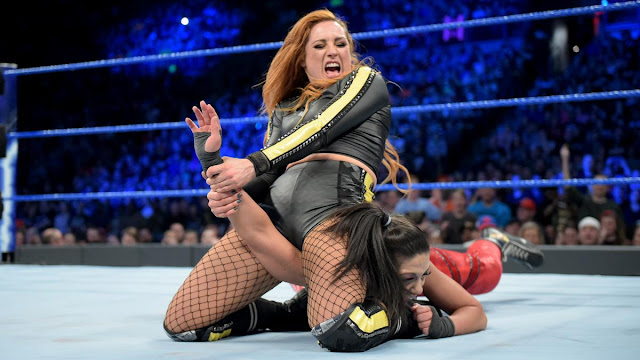 Do you know what?

I am happy that my yesterday's theory didn't become reality! Bayley is going at Money in The Bank Ladders match, her first MITB match actually and that sends me in a new direction with new hopes for her.

Meanwhile, it was standard booking to put the champion over. Especially, the Double Champion The Man who is build up as the vision of the character that fights even on one leg, to accomplish her dream goals. The character that we want and sometimes need to be. Inspiration for every single usual man and woman in the audience, with some dreams, that they project via Lynch's success! 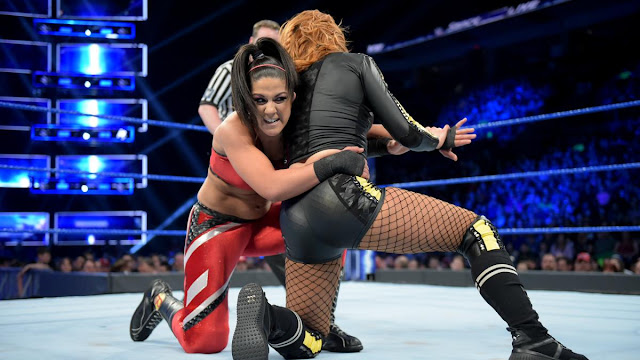 The match was (in a positive way) usual NXT quality product. One you can sit watching and enjoy. Exchange of dominance and a lot of struggle for Bayley, who was booked to lose this one, so she could concentrate on her future. 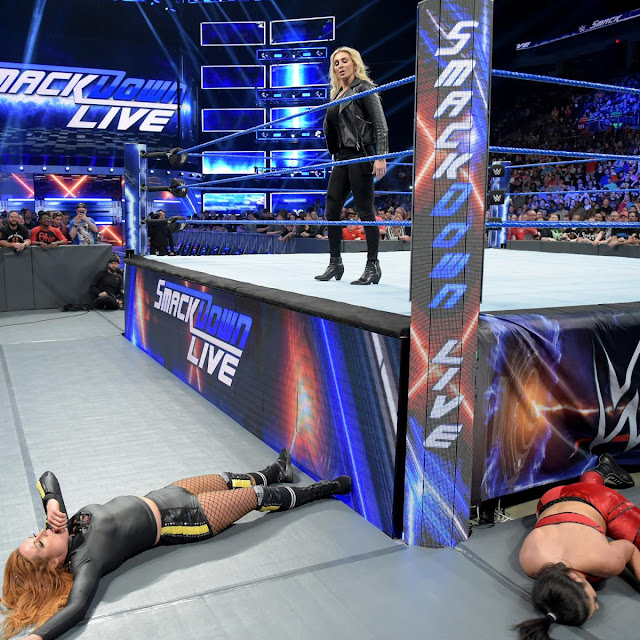 The end was ... hm, expectedly-unexpected. I mean the post-match! The Queen entered and kicked The Man in the face, then threw The Hugger in the post and sat there with her arrogant smile, after making a preview what it could be in her title match - maybe she will be the last woman standing. Fun! (No fun at all)

This might shock you, but sorry I am not sorry. That is my personal opinion.

I won't comment the match I will comment the eventual finish of the following title bout. I am willing to forgive another Charlotte Flair's reign as SD title holder if Bayley will be the one to take her down!

Why are you upset? Then The Man could beat Bayley again and we will have some movement in these divisions... Isn't that what you want? And I don't want to see the Hugger as a Paper Champion! NOT AT ALL! I love her new attitude and it will pay off... 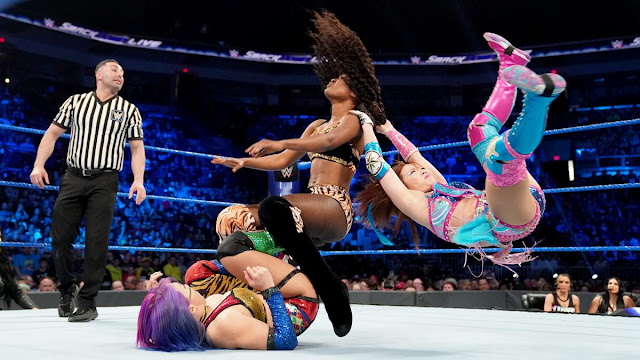 That is called 'feeding'! You are having a wrestler or wrestlers (like Nia Jax debut on RAW), who needs to be in action and to be dominant at any cost but not at the other locker room Superstars expense. It's waiting for the right time/right build up but avoiding inactivity. So, you 'fed' them with an indie star or stars, or usually wannabe/rising-stars, most of the time not famous. 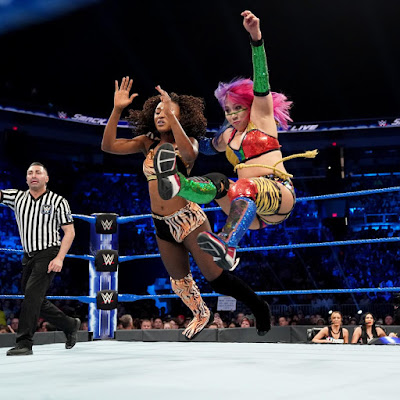 Thanks to Mandy Rose involvement in the MITB match, we have to watch this - Asuka and Kairi Sane in a squash match against two 'local competitors' which names we even didn't hear. Maybe, because the IIconics were yapping too much at the announce table, playing their usual schoolgirls-dummies 'What was her name again?' 'I'm sure it's Keri!' (about Kairi Sane) 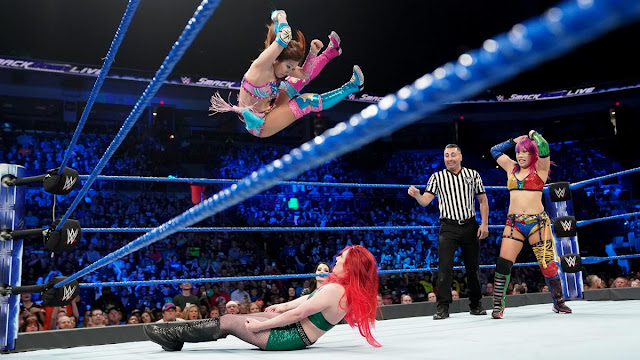 Her name is Kairi Sane and she kicked the hell out of one of you! Let me introduce you to her partner Asuka - who I think you know even better than you want, girls! 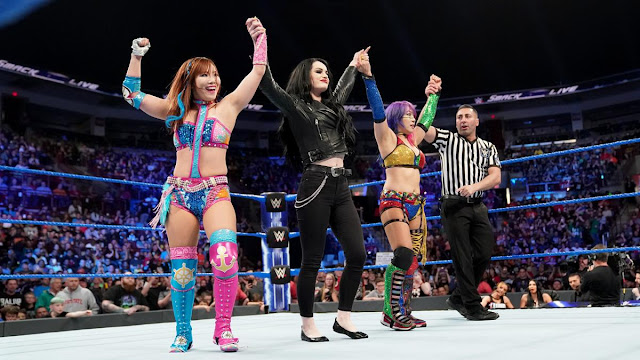 This match was sort of demo. Short with some good display of a tag team maneuvers, the thing I want to see from every self-proclaimed tag team in this company (for now I saw it from Borne and Aliyah, Kairi and Asuka and the reigning and the former champs).

I really needed Absolution to step in that ring against The Empress and the Pirate Princess. But NO! Rose was sent in a singles competition at Money In The Bank like she will win it... Come on! WWE are you serious?! One day Deville and Rose are a team, on the next day they are not?! Are you kidding me?

Asuka and Kairi worked well. The strange local team (for a moment I thought that they are called Taeler Hendrix, but it wasn't her) was kind of good, as for a team booked to lose. Paige's Japanese pets need serious 'feed' - someone who can stand more than 3 minutes (call Aliyah and Vanessa Borne, for a match). They need to establish themselves on their way to the tag team gold. 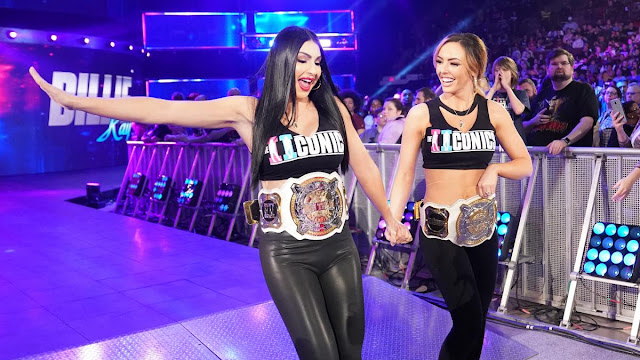 And the IIconics, need to become more sinister in a physical way, not only in a verbal way. More dirty play -it secure their place at WrestleMania, it could help them retain their belts. No one expecting them to play nice... At this point, they are just yapping and losing! We need to see that they really have learned from their mistakes, as they said.