This week Raw was concentrated on Money In The Bank!

Raw competitors and the #1 Contender for the Red Brand's women's belt mixed it up as The Man stole the show... 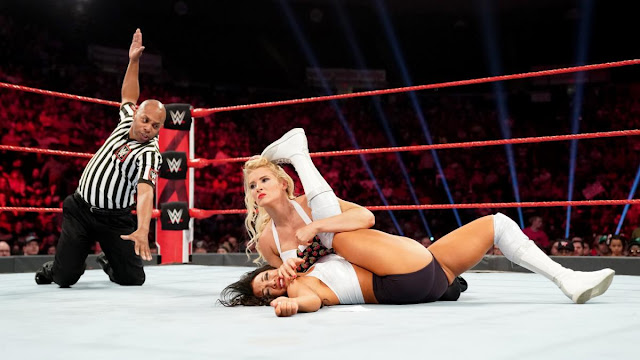 In front of the four Raw women's MITB match participants, Lacey Evans defeated in a quick fashion the unknown Allie Catrina. Several throws in the corner and on the ring and one Woman's Right. 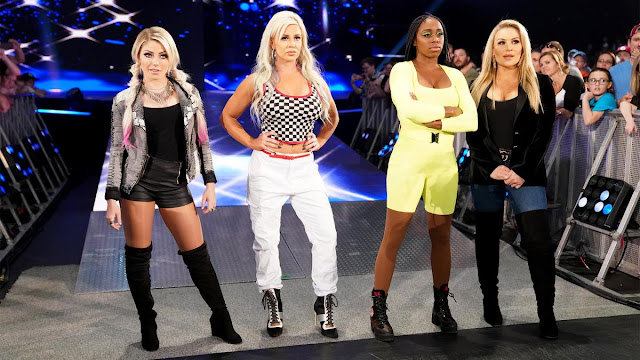 Post-match The Lady addressed the four women and told them that their title's ambitions might be cut short, the same way she will cut short The Man. 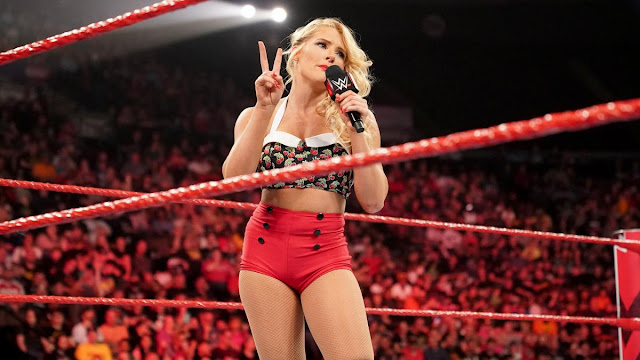 That led to Becky 2 Belts storming the ring... 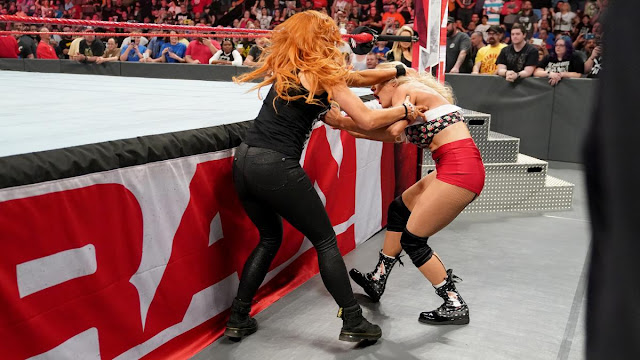 Becky quickly overpowered her nemesis and chased her away from the ring, standing victorious with her two shiny titles. 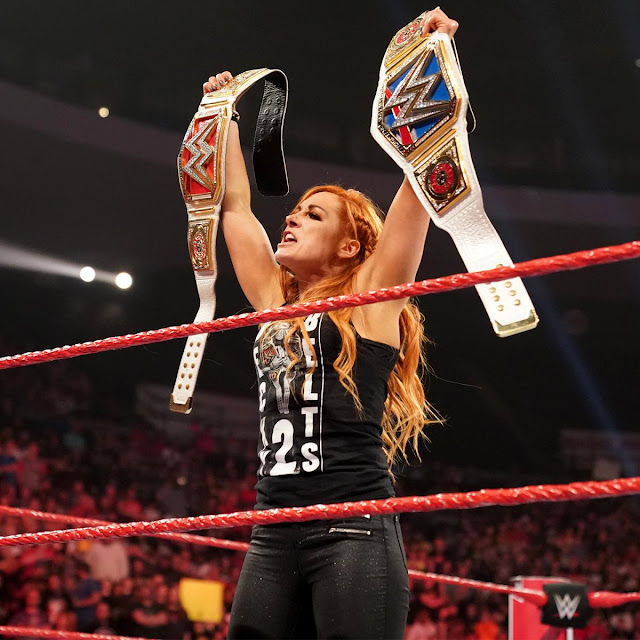 
What can I say?! It was about hyping the MITB PPV, especially the parts involving Raw Superstars, like Lacey Evans who was able to push the women in the ladder match, further by inviting them to watch her winning.