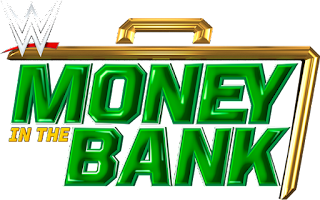 With three important women's matches, this year's Money In The Bank will be sort of historical.

The Man, Becky 2 Belts will be Becky 2 Matches as well, while this year's MITB Ladder match is full of new faces, some replacing old ones (Nikki Cross), some who were there because someone (Mandy Rose) else stepped back to allow the to took her place. 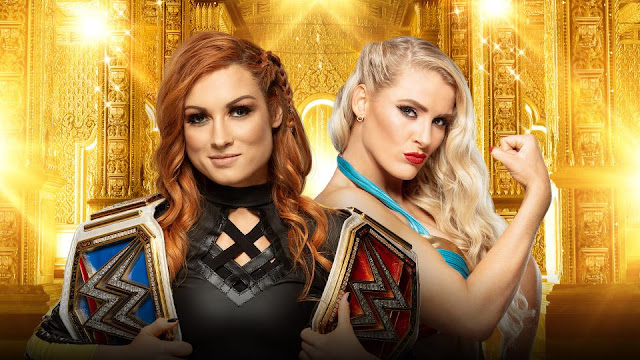 The Lady of WWE entered the main roster with a catwalk during the other women's and men's matches in the two brands, appearing almost every week, walking down and up the ramp, just causing a distraction. When... the night after WrestleMania she finally hit the Woman's Right punch on the Double Champion Becky Lynch, starting a long saga that led her to this match.

The Champ on her own is confident and not afraid of a challenge so she welcomed her first blond #1 Contender with a stand and some brawls outside the ring. I am totally sure that tonight Becky will teach the Lady a lesson or two as a payback for the sneaky attacks and punches the past few weeks. No matter how athletic is Evans, the Man is pure fire and desire for the win and that's important... 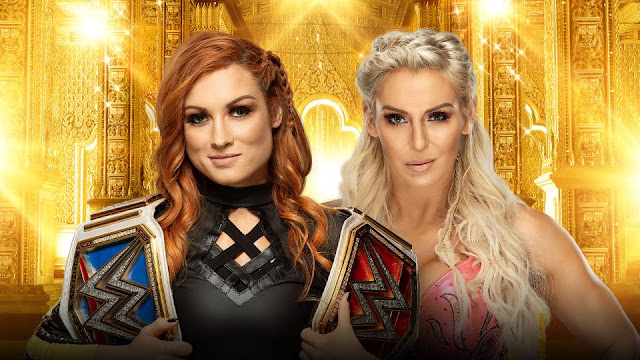 This one is the most controversial title match on the Card!

Fans had enough of that battle, that rivalry - it's exhausting, boring and annoying, no matter how many top spots Flair will do. Of course, there is a threat in here! Serious Threat. The Queen chances are not to be underestimated because we saw what happened with Asuka on the SDL before WrestleMania. And that is kind of frightening as an idea...

But we hope that the creatives will stand up for Becky and she will make another miracle and historical accomplishment -  retaining two titles in one night.

PREDICTIONS: Becky Lynch retains (we DESPERATELY praying for that)

WOMEN'S MONEY IN THE BANK LADDER MATCH
(RAW VS. SMACKDOWN) 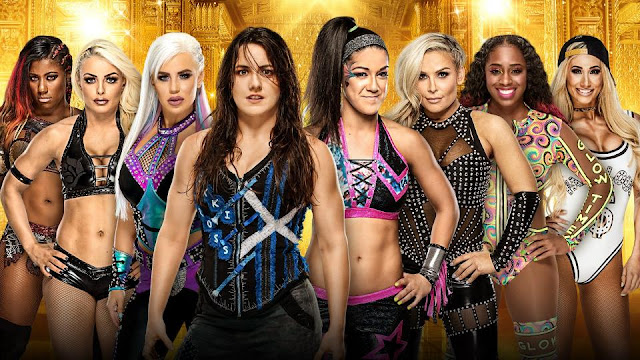 Who will climb the ladder and grab the suitcase containing a contract that grants you an opportunity to challenge for the women's title of your brand, anytime during one year period?

Ember Moon, Mandy Rose, Dana Brooke, Nikki Cross, Bayley, Natalya, Naomi and the inaugural Miss Money In the Bank Carmella (the image upward, left to right) - these are this year's competitors and we have 4 debutants (Bayley, Rose, Brooke, and Cross), which makes it interesting.

We decide to separate our prediction on Raw Winner and SmackDown Winner.

For Raw, I don't have a second thought - NIKKI CROSS is my favorite (sorry, Naomi). She the last moment pick, replacing Alexa Bliss and that makes the situation more exciting than ever. If Raw wins I hope it would be via her ladder climbing and case grabbing.

If the Blue brand is booked to win I hope that we see BAYLEY as a winner because she deserves some big push and new accomplishment added to her bio. As a backup plan, I prefer Ember Moon, but I am totally behind the Hugger for tonight!

Overall, I want Bayley to win it! That would be great and interesting.
By AWOW at May 19, 2019