WWE SMACKDOWN LIVE RESULTS, MAY 14,2019: ON THEIR WAY TO THE TAG TEAM GOLD

On the way to Money In The Ban This Sunday, the SmackDown women's division was concentrated on another goal as well - working on the establishment of their tag team division.

Paige finally named her team and the promise from the last week was kept - Japanese Superstars faced Fire and Desire...

Long awaited build up for me... 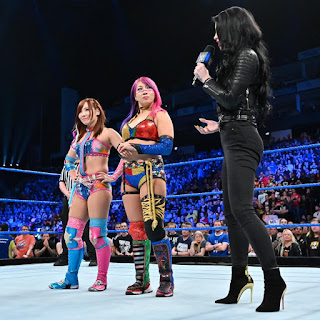 With the current WWE Women's Tag Team Champions The IIconics on the announcing table the whole segment started with Paige presenting the name of her team - The Kabuki Warriors! They are going to went through the whole women's tag team division that includes one team on Raw (if Nia Jax and Tamina reunite after her injury), one stable team on NXT (Borne & Boujee) and one team on SDL that is always on the edge of break up(Fire & Desire)... plus - the Champs, who are all talking, mocking and get beaten down! 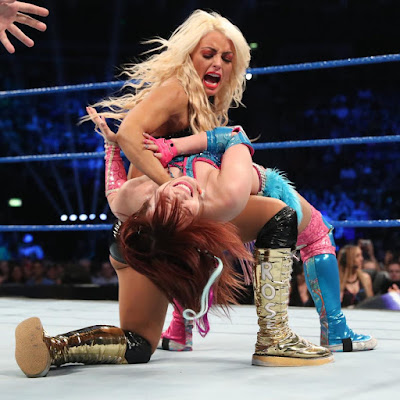 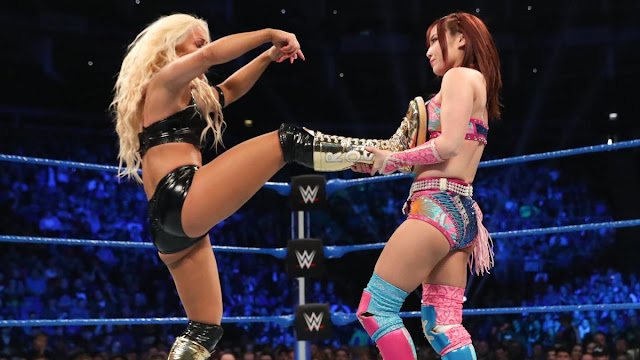 Then we had Mandy and Sonya walked the ramp and talk about Mandy's future as - potential Miss Money in the Bank, Women's Champion and then Tag team title holder with Deville... Sweet Dreams - the first two! 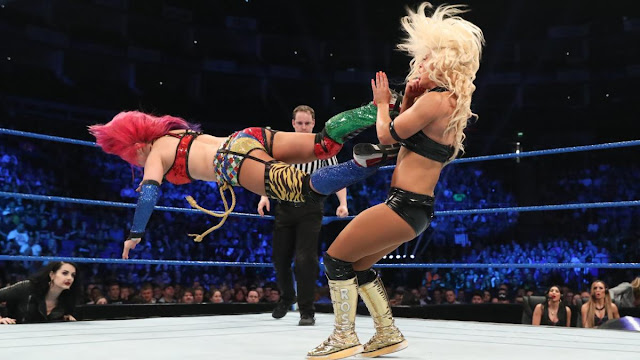 The match was interesting. Really good tag team offense by the Kabuki who had a real moment of double team maneuvers synchronization.  In the end, Rose yelled 'I got this!' extending her hand for a tag with Deville, just to enter and her pin attempted to be reversed by more experienced Asuka for three counts! 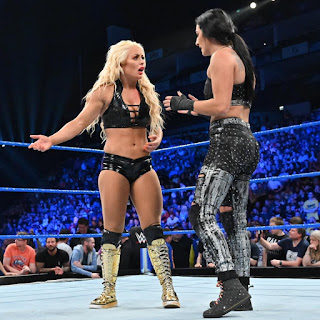 Overall, I am happy with this match, because it's a build up for future tag team title's match between The Kabuki Warriors and The IIconics... I don't have any specific remarks about the teams in the ring, except the usual - Mandy Rose be a team player that suits you at this point! 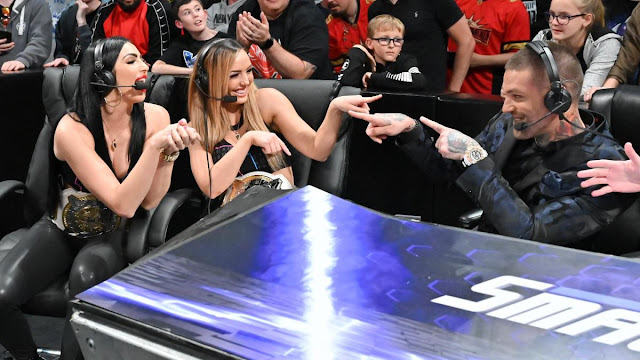 I have some comments about the IIconics. Yeah, many of us wanted them to win the belts and to bring some fresh air of humor into the tag team division, but we want them to win so we can see what they are really capable of when they defend this titles! We didn't see that and that's not their fault! The whole time during the match their comments and reactions were immature, which is their trademark -  The Bullying Schoolgirls, but I am not into that anymore. I expected rematch against Banks and Bayley it didn't happen. I expected some tag team action from them even not for the belt - it didn't happen... If this continues I will hope the Kabuki to defeat them as soon as possible. To do them as Daenerys Targaryen did King's Landing - to destroy the IIconics totally.