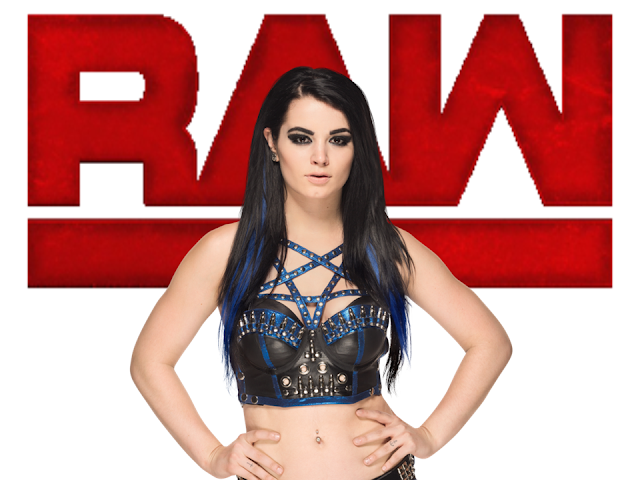 We are still having some hope to see her returns in WWE!


This time we hope to see her getting the well deserved attention from the creatives.

After months of recovery from her surgery, we'll expecting her to return in the late spring or the summer's begining.

We suggest some surprising return.

Let's imagine Sasha Banks, still as champion but turned total heel, obsessed with her title reign and don't respecting nobody.

She is defeating Bayley, Emma(lina) and other RAW women, including Nia Jax. So it's Monday night RAW and Bayley is down on the ring. Sasha announces that she is the Boss and the better champion ever and no one can't stand a chance to her.

She went to beat Bayley, when Paige returns and save the Hugger.

Then she can face Nia Jax in a several matches, losing to Jax until PPV and PPV's rematch victories.

But Paige is a wild child and we want her to release her wilderness and be some sort of women's variant of Dean Ambrose. She can jump to SDL and bring chaos in their locker room. She can go to NXT and challenge Asuka (if she is still there).

We see her as troublemaker for Bayley when she won the belt. Nearly, like Emma(lina), she will be like friend or foe to Bayley, at the end threatening her reign and battle her in a PPVs.

As we mention it, before we can see her teaming with Emma for a while. Then turned on her.

Can we see her as a RAW Women's Champion and how?

She can defeat the champion in a Fatal-4-Way or triple threat match. The champion could be any girl, even Asuka. Since the match will be a multiple-contestant type, we'll get some heat when Paige character would prove herself in a singles matches against the former champion and other participants in it!

It's not hard! Just needs some time and dedication!