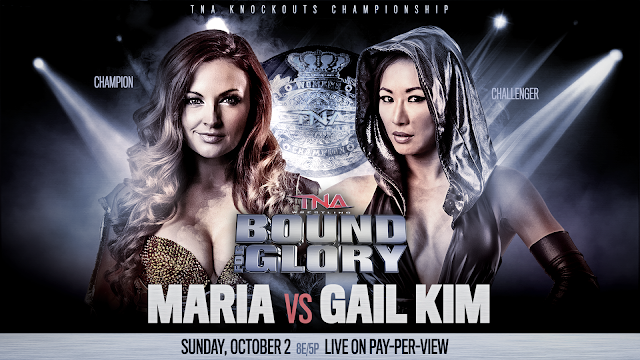 That was the match we expected for a long-long time. Maria was so slimy and escaped that confrontation. We can expect her to figure something out, to avoid the clash. Or may not...

Whatever happens it will be nice for watching. In WWE Maria and Gail were faces and they didn't have the chance to work against each other. Since Maria establish herself as the villainous First Lady of Wrestling, she draw her path to TNA and that amazing rivalry.

Gail Kim won that opportunity and has some big chances to win. But we have some doubts.

Actually it would be nice to see Maria's former protegees - Allie and Sienna fight for their former mentor's gold.