WEB-SITE, WEB-SITE IN THE WEB, TELL ME WHO SHOULD I EXPECT?!?

The wrestling promotion's web-site is like a visit card.

It's more than that. It's a source of information. It's a fans of booking favorite stop for roster overview.

You expect to see some company's wrestling names, when you open their site. I add their pics to my private database. But some wrestling promotions are relying on a shops and videos to promote several top stars, instead of let the public have a look at their whole roster.

Here I will point several of my favorite promotions and I will show you their pages.Their plus and minuses.

I will start with the surprise of the day!

As you know CZW (Combat Zone Wrestling) and WSU (Women Superstars Uncensored) are related, and their web-sites are related, too. At first when CZW actualize their whole web-space, WSU wasn't involved. Today I find that WSU is back! 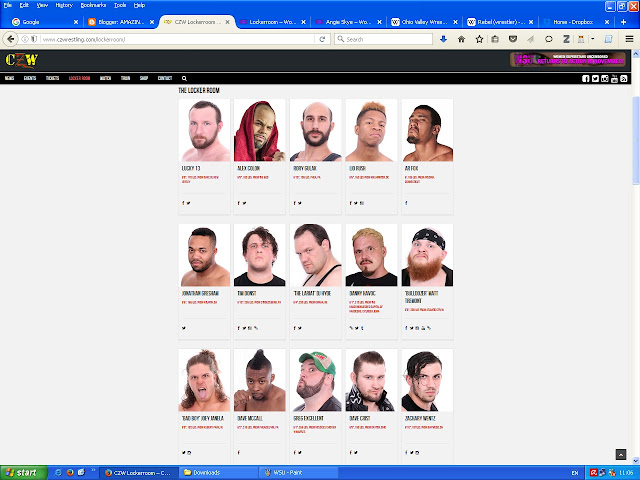 They call it Locker Room, which is something original.They chose a new way to represent their actual rosters. Classic white background and a bit larger photos. Some larger than others. It's like a fantasy bookers dreams come true! And with WSU on the line the things looks great. 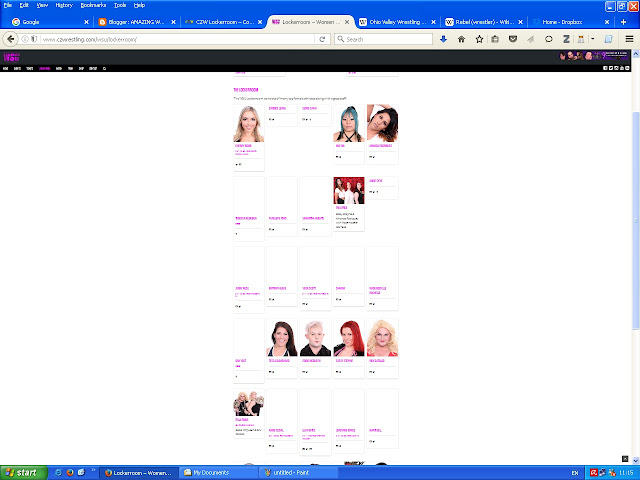 The sites miss any information about the stars, but have a plenty of my favorite profile pics. Of course there are missing spots in WSU. You can't see Candice LeRae's picture, you can learn that Hania is no longer part of it, but they have Su Yung in their locker room.

Nice try, for a small but famous promotions.

Actually TNA/Impact Wrestling had that miniature icons, representing their roster. When I saw them changing the home page I thought I will see something fresh in their roster and alumni section. They have a good basics in their preview pictures. Put Impact logo in the back, add that cells-alike structure behind it, make some good photos like WWE, but add the name plate, included in the picture as in the good old day! 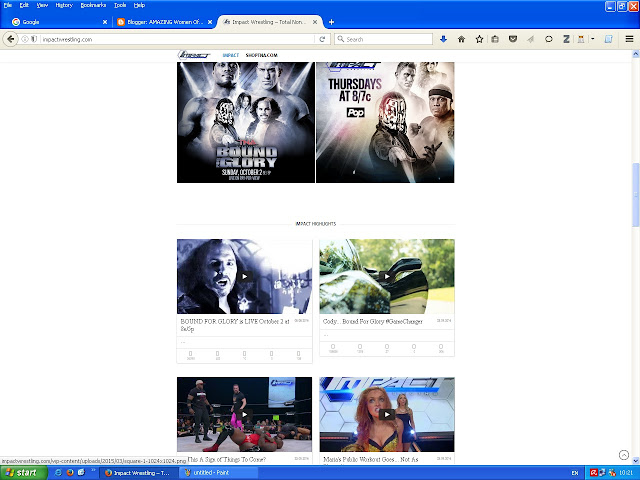 No! They decided to throw their roster page into the trash! No roster page - no updates needed. Their site becomes like poor version of Power Point and YouTube.

The fans, fantasy bookers and collectors were getting spit in their face. So sad! I really enjoyed to follow their roster after WWE's.

I love SHINE's web site. It's a piece of art! 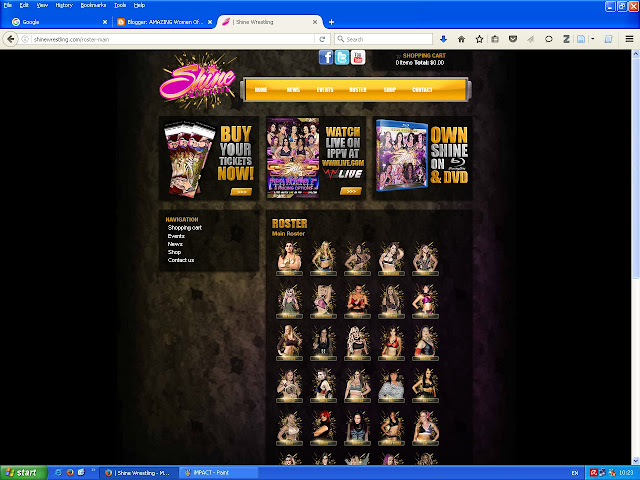 I love to check it every week for new updates. But as WSU, as a small company, it looks like they don't have resources to update it constantly. They made several huge uploads to the Main roster, but we'll have to wait a lot for new refreshments. The site is beautiful. When you look it, you didn't expect to see their shows in a bar, with a bad lightened ring, covered in a darkness. I hope that they will get more fame and will start to do their shows in a more prestigious halls in the future, because they deserve it!

EVOLVE's web site! Well it inherited the Dragon Gate's virtual space. It's design is like SHINE's, more aggressive of course and a more blur. Yeah! Sometimes it's hard to read the wrestlers name on the plate. The updates are problems for them, too. I think that money and time are problem for that. I enjoyed watching that there are some famous women involved in EVOLE's events, like Shelly Martinez, Ivelisse and Marti Belle. 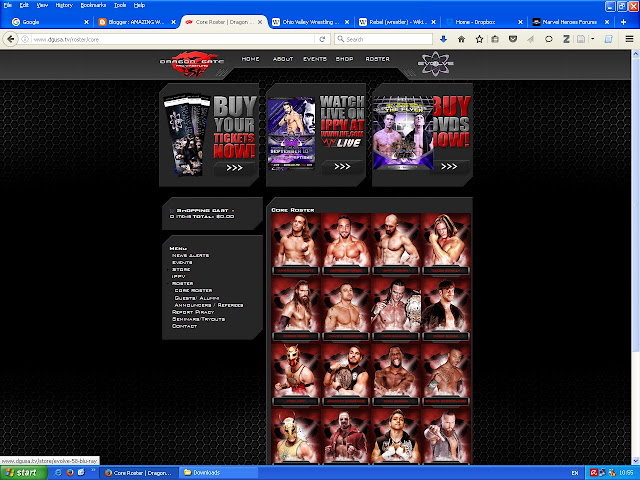 Overall: SHINE's web site is better than its relative's "big brother" promotion. It's a bookers Utopia. The only problem is the updates and photo refreshing.

Global Force Wrestling has a great web-site, with large profile pictures. It has a really interesting roster, nice women's division, buuut the problem is the UPDATES! You'll never learn who is actually signed. Today I've checked their promos about their October's Live events and I saw (what a pleasent surprise) Lisa Marie Varon (Victoria-WWE; Tara-TNA) on their posters. Is she signed? Who is actually signed? Maybe if you have some fortunetelling skills, you'll know. 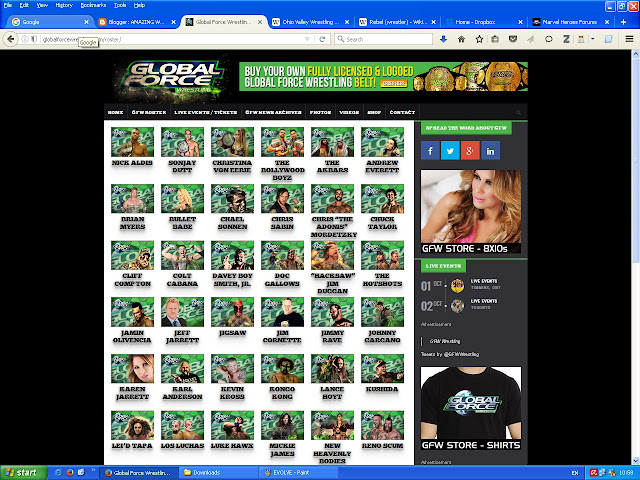 Yes, we like watching Ohio Valley Wrestling, from time to time. As former developmental territory of WWE and Impact Wrestling it's a really nice place, to start your career. It's environment is dark, but it's not surounded by a bar or school basketball playground.

Nothing wrong with the bars and school's playgrounds. These amazing promotions are doing everything they need to survive. But deep inside me I feel sorrow that all of this "small" companies, with amazing talents are forced to keep their shows in a places, that are not usual for wrestling, instead of fully prepared halls, as they deserves. But beside that, the talents turns the bad environment into a fairy tale.

OVW is a small company that survived a lot and was a home and school for many famous WWE, TNA and other indies Superstars - John Cena, Randy Orton, Jesse Godderz, Rebel, Kelly Kelly, Mickie James, Melina, Taeler Hendrix, Heid Lovelace. Now it's a home of Deonna Purrazzo, Izza Belle Smothers better known as Mickie Knuckles, Rebel and other talented women, according to the latest news.

Their site is very nice... Buuut! No UPDATES. And the new design is a little bit messy. Guys you have signed DEONNA PURRAZZO! This talented girl who traveled all over the famous and biggest promotions in USA like WWE, TNA and ROH and yo didn't find a time or money to put her on display. You were the home of Taeler Hendrix, and you didn't find time to rebuild your alumni section and put that fact on display. To show that you were a home of WWE legends. I don't care about the bios. I want to check the site, to see who's in there and to know if I want to watch these people. Most specifically, to waste my time watching and booking. 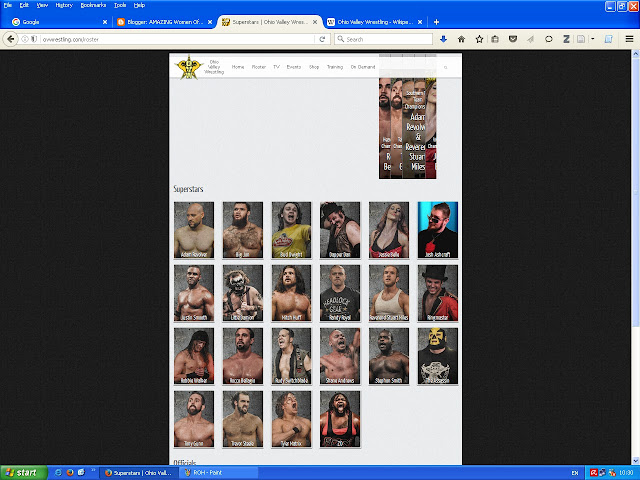 That's a shame! I am sorry for saying it! I still watch your episodes, when I have the opportunity. But the site is making a wrong turn. The Superstars page is ruined. You paid for new, kinky design, but you didn't have time to put your most valuable asset - the wrestlers on display and to reconstruct your alumni section, which is one of the amazing part of your history. People must remember: "Look John Cena, Randy Orton, Maria and Gail and etc. have been started their careers from here!... Such a sad thing, for promotion with legacy!

Maryland Championship Wrestling is a former WWE partner, currently having Mickie James in their roster, too, next to Kimber Lee, Veda Scott and Brittany Blake. It's a wrestling school basically, but they produce shows. I have seen Mickie vs. Mia Yim, long time ago competing for MCW!

Their site is very cool! Small pictures. Guarded by Copyright, which is hell, for collectors and bookers, so you must use another techniques to get them. Actually I enjoy watching small companies rosters. You may see a lot of known faces, faces who are repeating their presence in one, two, three companies.You may see who are the rising stars, who are the veterans stuck with the company, the alumni and etc. MCW has done a good work showing us their talents. 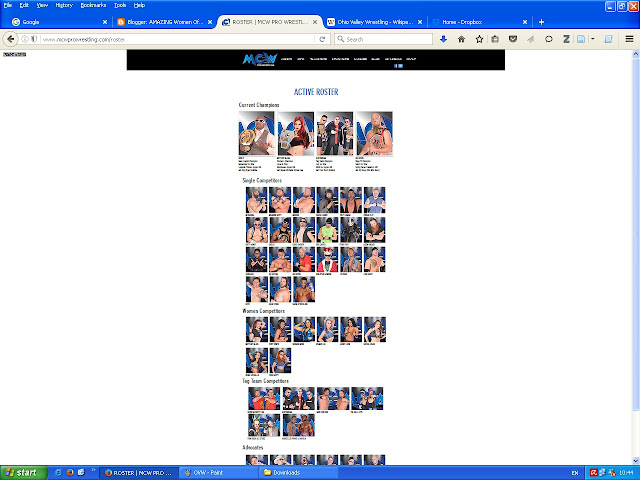 Lucha Underground, the Mexican's AAA product for USA is really Dark and full with strange, paranormal angles. Beside the darkness of the Temple, they have some rude charm and really good roster. Roster, who you can't see, because they decided to hide it, like TNA do. To avoid updates, money and time on it.

You can found who is in there from the other wrestling sources. As I said, I brows one promotion site for information and personal database, collection filling, plus some booking from time to time. Hiding your stars is annoying. Maybe they don't want us to know who is in there, to be surprised. Well, I want to know who is signed and to be surprise when he/she will appear. To follow the show because of  Ivelisse, Mariposa, Taya or other. 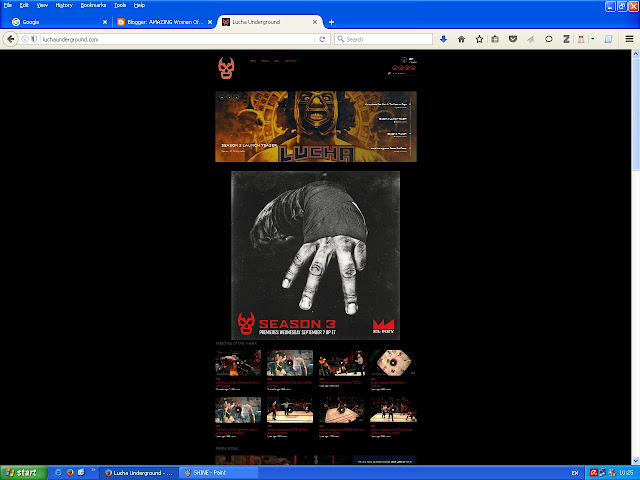 Known as the third larger company in USA, Ring of Honor, beats TNA in a web-site and roster section! Of course, they didn't update their roster, very often. But they have one.

That is better than nothing. They removed Mike Bennett and Maria from their roster. But where are ODB and Amber Gallows? ROH have a bunch of nice Women of Honor competitors, like Taeler Hendrix, Kelly Klein and Mandy Leon. But that's are not all of them.

UPDATES and some customization are needed! 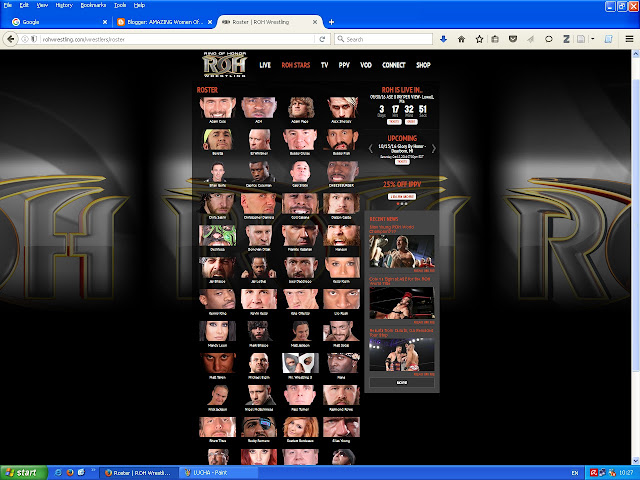 The great is left for the dessert!

During all of this 16 years of following of WWE, their site was always my collector's and booker's dream, my first place to search for results and info. Everything is available, everyone can use it for a private matters, blogs and news sites (after editing). They turned their web site into a real visit card. They are serious, they respect their current and most of the former talents.

I just have started to love their new look, missing the headshots from the old one. This VS. screen alike images are so great, and that full size status image is just a good thing that they kept from the last version of the site.

Their site is just great, balanced between info and media. Every section is synchronized as a style. I hope to watch it a long-long time. 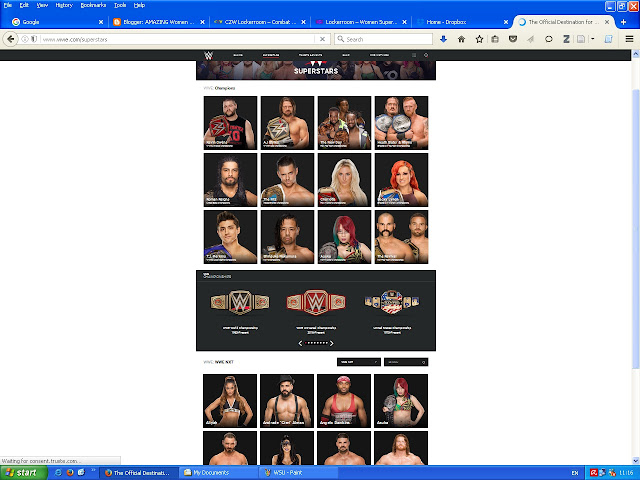