ART 1:I TOLD YOU! ASUKA RETAINED HER TITLE, WHILE TAMINA STOLE ONE FOR THE 'WELCOMING COMITEE' 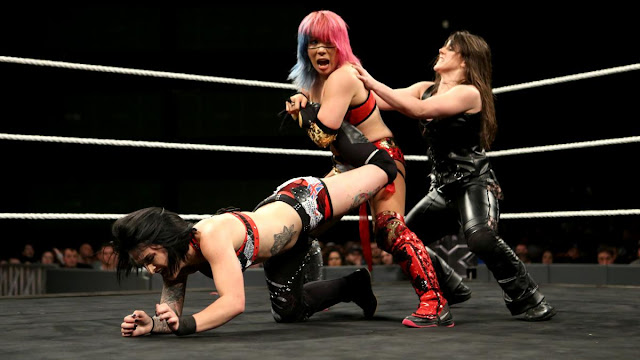 What a great weekend! Woo! (No Charlotte's team didn't win)
First: I am happy with our prediction for both NXT and SDL women's matches. We hit 100%! Actually, the match with Asuka was easy to be predicted - without Moon in it, it was clear that the Empress will continue to brutalize the NXT women's division.

Look, the tag team match was a little bit tricky! Aside from everything or just emotionally involved we want Naomi and her teammates to win! But logically - we needed that Heel victory. 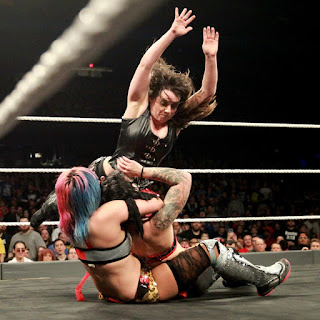 Second: We want to honor NXT's amazing male contestants all of them, but especially: #DIY (sorry for their break up) and their opponents The A.O.P. with Paul Ellering, Roderick Strong and Eric Young+The rest of the SAnitY and most last but not least Tyler Bate and Pete Dunne, the new UK Champion - these guys know how to fly! Congrats for Bobby Roode and Hideo Itami. We will be happy to watch the full WWE Backlash and to honor their guys.

Three amazing talents and the eliminated earlier, 4th watching them like a hawk, from the audience lounge. That was a crazy battle! These three women were representing the craziest and the wildest of NXT. They were everywhere. They used every opportunity to fight each other. Cross was real berserk all the time, I loved that moment when she used the ring's skirt, to catch the champ, like in a trap. 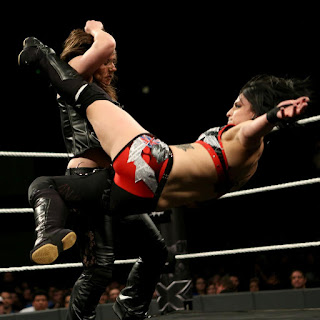 I enjoyed Ruby Riot's attacks and especially that Diving Hurricanrana, that she used more often than any woman who used or is using it. Devastating. Riot definitely is a Champion material and we can't wait to see her as NXT Women's Champion in the future.

In the end, Asuka saw the chance to win and grab it... actually she hit it in the head. The Empress covered both of her opponents, to record a pin full of symbolism ('Look I pin you both! I am most the dominant and crazy chick in NXT!')

The match was so emotional. There were some little mistakes (Asuka's botched powerbomb), but what the hell!!! I love it. And I missed Ember! But... 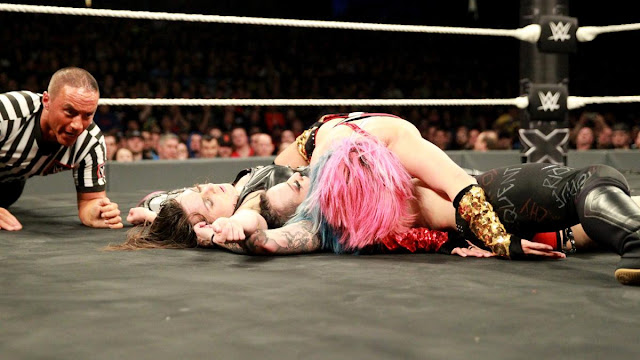 Here IT comes...
SPECIAL: THOUGHTS/speculations :) / ON MOON'S INJURY !
We think that Ember Moon's injury may be kind of scripted.
Let's check the timing!

The Battle Royal, where Asuka attacked Riot, Cross, and Moon was taped on April 19, 2017. The match was broadcasted on May 03, 2017! At May 08, 2017 there was a video and post announcement of Moon's injury. So if she was really injured, the match participants for the TakeOver must be clear since the beginning of May and no media found that out? Even if they waited to announce the injury, just to keep it all of the secrets, think that there must be a lot of media in the USA, who could saw Moon, with a bandage on her arm, prior to the TakeOver! 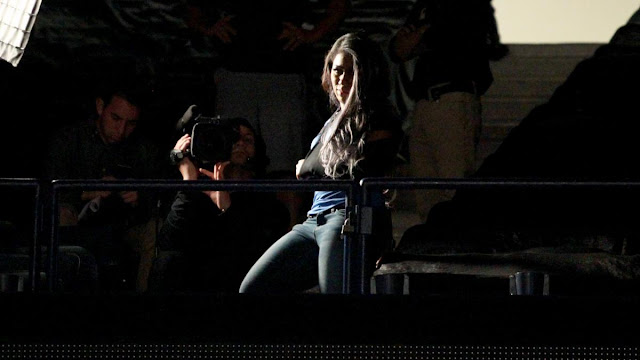 True or false! I don't know and I don't want to dig on it. Now we in AWOW are concentrated in Ember's future title shot and most importantly on the debut of the new names, female talents in NXT's official roster like - Danielle Kamela, Bianca Blair, Lacey Evans, and Sonya Deville!
By S.K. at May 22, 2017