EXTREME RULES ANALYSIS AND PREDICTIONS: SOMEONE NEEDS A JOB, OTHER NEEDS A TITLE

Dear WWE fans! The time of the year when we must see our favorite WWE being extreme is upon us! This PPV is really special for us the women's wrestling fans, who are sitting and wondering how WWE RAW will "extremely expose" their former-Divas, now Superstars in this over the limits PPV.


Well, the women's involvement is not that bright, as the SDL's promising Ladder Match for their PPV, but it's nice. We have a "nasty" but lovely Women's Champion fighting nice and willing to win but somehow failing to accomplish it Challenger in a strange form of a Extreme match! We have a talented veteran struggling to earn TV time, who was sort of demoted to valet versus a colorful, nice, ready for to be the Boss, former NXT bright talent, both of them involved in a Cruiserweigh's division rivalry, via Mixed Tag team match. 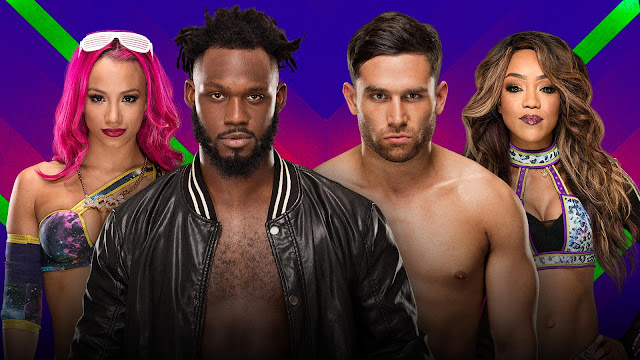 WHO NEEDS IT MORE?
(ABOUT: SASHA BANKS & RICH SWANN VS. NOAM DAR & ALICIA FOX, IN A MIXED TAG TEAM MATCH)


Don't get me wrong! I love Alicia Fox! Despite some haters statements that she "sucks" I think that she is one of the greatest athletes and she deserves to be on screen. But now when WWE's lockerroom is full with fresh and more ambitious talents from NXT, Foxy must seek for every opportunity and grab it at any cost. Even returning to the valet role. I understand it and it's better than nothing.

Sasha on the other side didn't have any long continious rivalry since Charlotte's trading to SmackDown!. Her rivalry with Nia Jax, didn't received the needed heat. It was nice, but it was all about names and pushing. Not about wrestling. So, Banks rivalry with Alicia Fox, becomes more and more needed for both women. They need this match, both of them.

When you are working in a pro-wrestling match you need to work any job that keeps on screen, to work with every possible Superstar, because your name may be forgotten! Actually the name is not enough and it can't keep you on a track for long. Now we have this situation where some people may think that Sasha is helping Alicia, to keep her job, while actually both of them need each other. The 205 Live's contestants are kind of the center of the match, but I hope that the women will steal the spotlight! Just hoping!

Prediction: Sasha Banks and Rich Swann (as a fan); (Alicia and Noam (as a booker)). My idea is Sasha and Rich to win, as The Boss pinning Fox and bring a big rift in Alicia's and Noam's relationships. That can help the rivalry to become even spicier. "You ruined my relationships with my Boo, B**ch!"(Alicia Fox to Sasha Banks*)

*I just imagine it! There was no any kind of this type of conversation, between them yet! Just hoping to see and hear something similar. 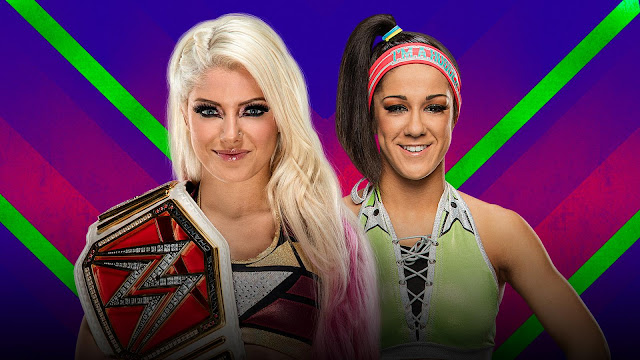 
I have mixed feelings about this one. I am sort of disapointed from Bliss' this Monday's segment. The best part of this "Bayley: This is your life" was when Bayley stormed the ring and when Alexa got the stick. At this moment Alexa's best segment was after her victory at Payback, a month ago. This Monday's RAW mocking angle was pure, infantile, teenage-girl-like bullying!

I don't know why RAW's creatives decided that match like "Kendo stick on a pole" will be so innovative and exciting! It's nothing but Hardcore match, reincarnated!!! I don't want to underestimate the capacity of this match. We have two amazing women, former NXT- Alumni, who have already created a lot of legacy in the Main roster. I think that simple Extreme Rules Hardcore match was enough for them.

I enjoy the fact that the writers rely on their NXT's past and both women's good match chemistry. This is what put some accent on this battle, not the stupid stipulation.

Prediction: I hope, as a fan, to see Bayley (aside from the fact that I love Alexa Bliss), but I am willing to say that Alexa Bliss will retain her title, maybe with some help from Nia Jax or maybe Mickie and Nia will cost some distraction and Bliss will capitalize. I want to see this rivalry evolving and Nia Jax challenging Bliss.

As  overall of this review I can only say that RAW needs desperately some of it's curently inactive names like Emma (we hope she will recover soon) and most importantly PAIGE! With Lana debuting for SDL in a long awaited wrestling competitor's role, RAW are somewhere into the nowhere!
By S.K. at May 31, 2017