RAW OVERVIEW: THE ABSOLUTION IS HERE! 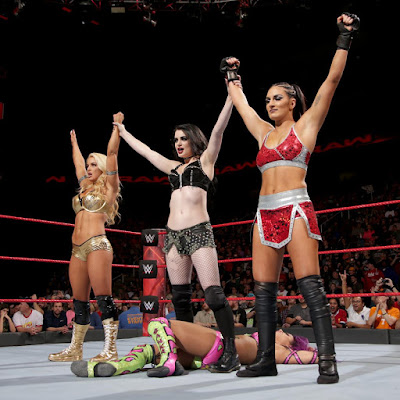 We expected 3 vs. 3 Tag Team match. Mickie James, Sasha Banks and Bayley were supposed to be set to even the score against Paige, Mandy Rose and Sonya Deville. The second match of the evening was Dana Brooke vs. Asuka: The Rematch! It was reminding me on something... Oh, look, the same way Emma's rivalry against Asuka went. But Emma lasted more than 4 seconds against the Empress! Please remind me why Emma is out of WWE and someone else is still here?! 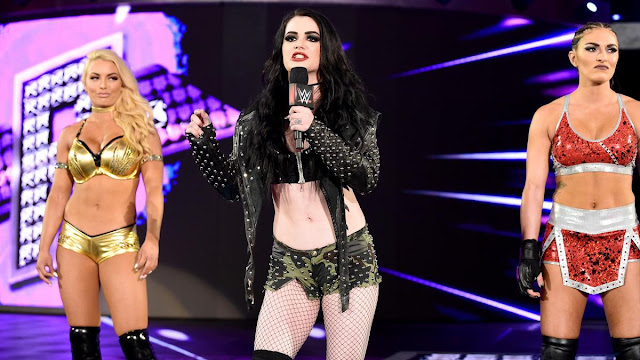 If there are some romantically naive fans who believe in justice and just foretaste a hot 3-on-3 revenge for The Boss, The Hugger and The Legend, well you need to open your eyes!

Sasha Banks entered the ring ready for a tough fight. Actually, she was allowed to reach the hall and the ring - chance that her tag partners didn't have. The Boss is always so charismatic and confident. You can feel the vibe from her and the static electricity that surrounds her appearance. It's really nice to see her working with someone else, not only with Alexa-Bayley-Nia's circle. 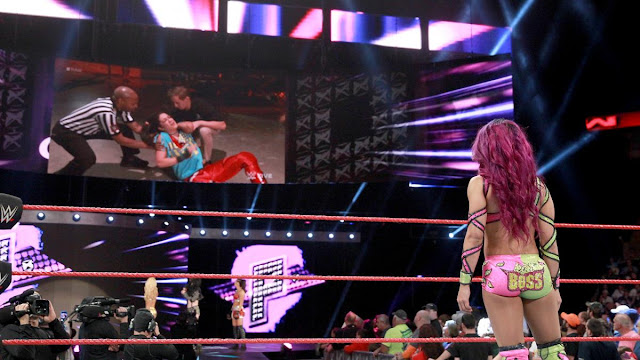 Paige and her former-NXT allies entered the ring to bring the bad news, supported with backstage video packages of the beaten down James and Bayley. You are alone, baby! The Boss had to face the odds one-on-three or... Surprisingly she received a proposal: Join us or fall fighting against us! Sasha decided to be a lone-wolf hero to the end, which was a very bitter one (that Implant Buster by Rose, rocks). 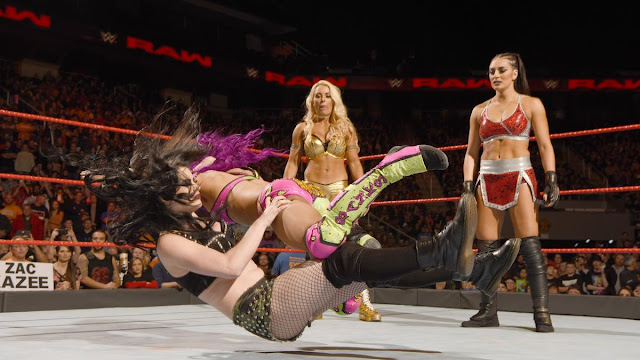 The Absolutes! What a sweet and not sweet-candy name for a all-women's stable. I love it! I love the waves of fresh air that this trio brings to Raw! But there are still one Superstar they didn't met and this is Nia Jax. I am totally curious how their relationships will evolve. Jax is not seen second week in a row and this might mean that they prepare her for joining or fighting against the Absolutes. Meanwhile I can praise Paige's mic skills and to say that the other two needs to work on that actually. I prefer to watch Mandy and Sonya fighting and leaving the talk for Paige.

We also think that we have a set up for a tag team match on the next PPV. The one we didn't saw this Monday, and who knows - maybe it would be 4 vs. 4 or 5 vs. 5! We just can't wait to see these three fighting officially! 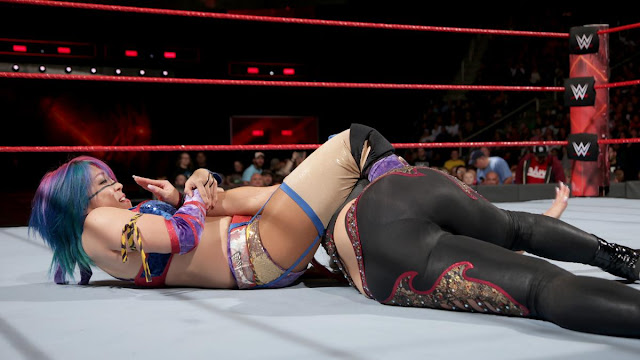 Someone, may think that we are ant-Dana Brooke-Emma-moaning-Followers. We are the Emma's part! We are not anti-Dana.

We were curious about her debut in NXT, a couple of years ago. But let's be clear - the best moments in Brooke's career are by someone's side. Emma's or Charlotte's. She is a good side-kick, who is invisible alone. It's obvious that the creatives, had to try to pull something for her with unbelievable struggle. This matches against Asuka - they can't continue for a long time, I think this 'rivalry' is over. And the match this Monday was a symbolic way to show us that Dana future is cut short. That new storyline with Titus Worldwide - it may brings some refreshment in her career, but for how long? Face the facts - she is unfitable in the current division of Raw or SDL. Maybe a run with NXT will be nice or not. 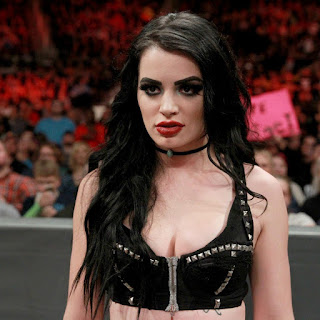 But, aside from Brooke, The Empress of Tomorrow's encounter with the absolutes was mysteriously curious. It brings the question: Is Asuka willing to join the Absolutes or these was just a mind games played between, two of the most dangerous women in Raw and WWE overall - Paige and The Empress? Is Asuka willing to turn heel and to become even bigger threat combined with the dark, destructive Paige? Or maybe Asuka will face Paige and will slay her? 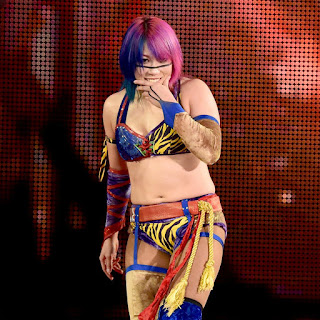 This post-match segment raise a lot of questions, that we hope to get answers in the following weeks!