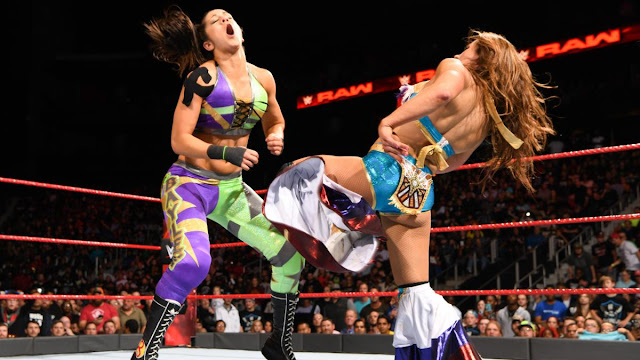 With the Team Red ringside, Bayley, Mickie James and Dana Brooke -  the last, active, non-picked women, put their best efforts to earn a spot in the team RAW!

The match was a promising beginning of the week, before the PPV, where both brands will have to clean a lot of problems in between.

There is a lot of Bad Blood! 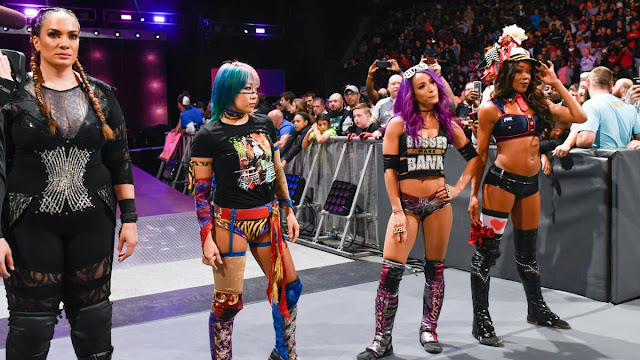 The idea of having the rest of the team watching the match was really good. Having Dana Brooke attacking Asuka and get a nice kick to the head, was one of the major spotlights of the match! Having Mickie and Bayley working together, was sort of another epic battle between past and future generations... 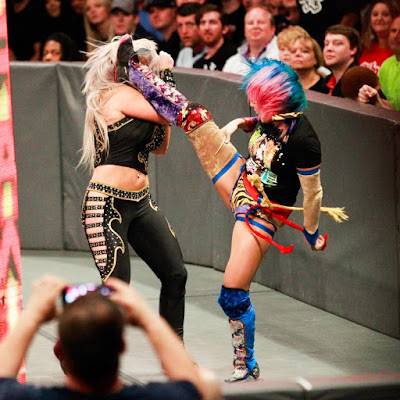 After the surprising release of Emma, some other women must be careful what they are doing and I mean Dana Brooke, particularly. Her starting rivalry with Asuka is another throw-back to NXT in reverse order. Yes, I prefer Emma in that role and maybe the matches against The Empress, will become Brooke's Swan song because her wrestling appearance is not improving -  the same old moves, the same old attitude. This match was sort of a logical booking for her but nothing more... the part where she confronted Asuka was the best thing that she did! 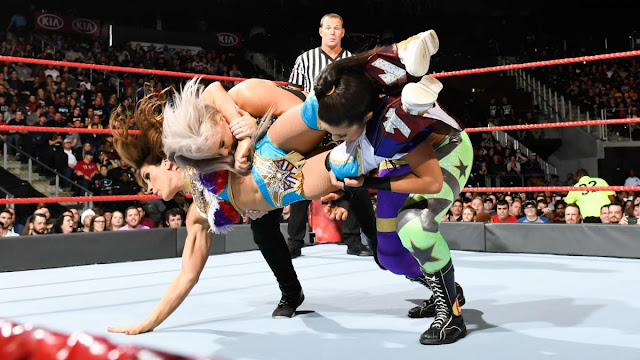 Mickie James was on her top form, thanks to her matches against Alexa Bliss. But as we told earlier, we want to see her competing in different matches against Bliss, instead of watching her taking some of the younger girls' place at Survivor Series. Of course, it was logical to see her involved - come on there are one free spot and three active competitors left! I enjoy the tribute to Trish Stratus with the simultaneously headlock-headscissors combination - a really nice touch to the match! And we will not miss sharing for a 100 time in a row: Bring Melina back and book her against Mickie, WWE!
Bayley!

We are so proud that we predicted this win and it was definitely coming! After Emma and Summer Rae's releases and Paige missing, Mickie James too big name for Team Red and Dana Brooke ghost status, Bayley was the one who really deserved the spot!

It may look tiring to see RAW's typical 'name game', but this time it was on time... Bayley really wanted that spot and she earned it in a great way. Now I am more curious about her role in the match! Last year it was epic -  she won the match for her brand, but this year she and Sasha are out-shine by Nia Jax and mostly Asuka! But I have a serious hope that Bayley will be at top of her game... 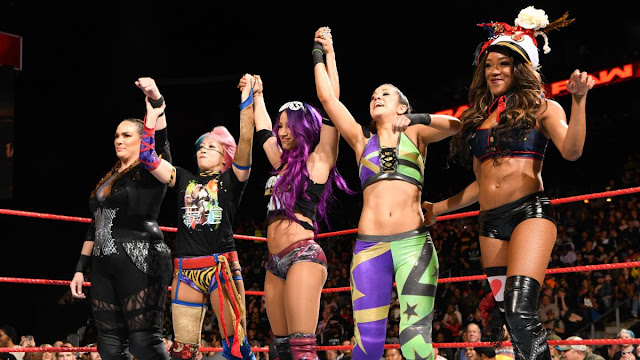