SURVIVOR SERIES OVERVIEW PART 2: BOW DOWN TO THE QUEEN 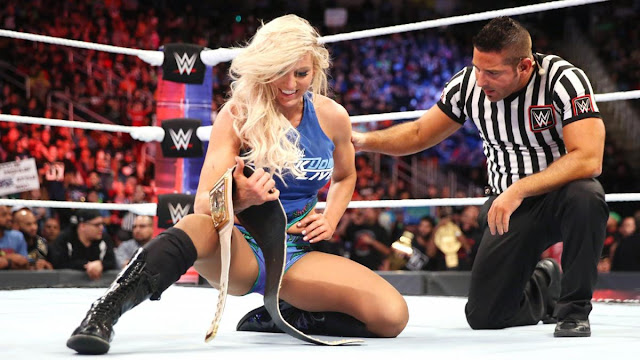 We are not going to describe this match, because if you want to feel it, you must watch it!

We gave 50:50 chances to both women, with our bets on Charlotte Flair. Because she was the one who can steal victory against the Goddess. And the Queen did it!


We want to praise both women's performance! It was a really amazing build-up match, starting with The Queen's domination and Alexa's total destruction of Flair's ribs. The exchange of unsuccessful aerial moves just raised the tension. 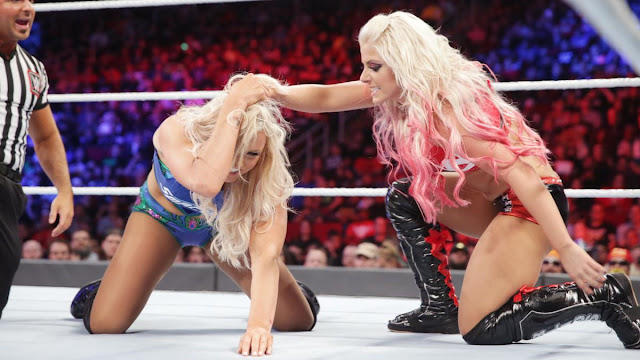 We had two of our favorite former NXT Superstars doing what they do best - competing for supremacy! I love the way Bliss survived the Natural Selection, I love the way Charlotte survived and won the match... It was one idea better than the elimination match, earlier that night. We don't feel sorry about Natalya's switch to team Blue. It was one of the greatest 'last' minute changes ever! It allowed Bliss and Flair to take the match on a whole new level, full of athleticism and dramatic elements! 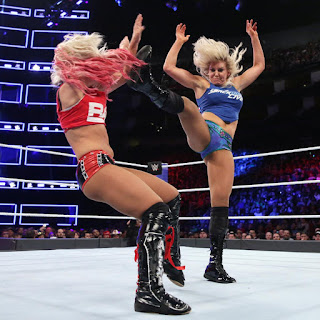