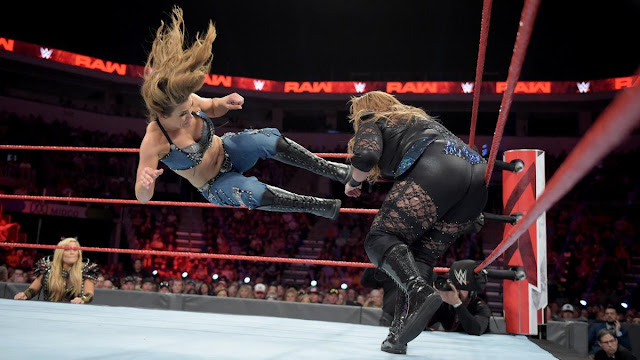 Two women's matches and several segments! That was the Raw's offer for this week...

While the women's title conversion is evolving, while the stable without leader, tries to make impression in a singles match. Meanwhile to former friends, are at the door of another great battle. 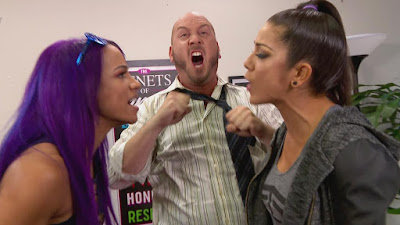 The role playing game turned to be the stone, that break the cart of Bayley and Sasha's friendship!

All of us knew taht this will end bad, because the inevitable is happening: These two will have another great match (we hope) and it looks like it's going to be at Extreme Rules, because the build up is strong and the tension is exploding.

As much as I love them as a friends, I think that they are good as enemies as well! The memories of their title matches are still alive and the fans and the followers of the women's wrestling will be more than pleased to see another chapter of their revived rivalry!

Now we hope to see a Hardcore match, that will allow both women to show their skills and to lay down their rage towards each other! 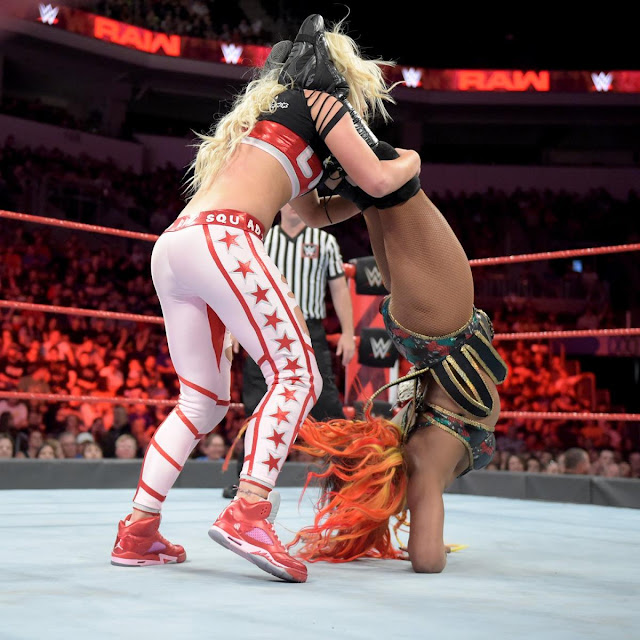 The news about Ruby Riott's injury, didn't stop her fellow teammates from the Riott Squad to try to impress and stand their ground this week! Unluckily, one of them had to face the War Goddess Ember Moon!

I have mentioned it before I will say it again: Liv Morgan is really hungry for competition contestant. Her desire to show something new every time she stepped in the ring she tries to amaze us with some new maneuver or with her athleticism. I had followed her since day one of her NXT career and I was so happy to see her debuting in SDL. That girl knows how to put a good match.

Unfortunately, Morgan had Ember Moon as opponent! Moon had bested Morgan before, she bested her now. The War Goddess athleticism is phenomenal and despite Liv's great offense and spots, Moon was determined to win this match, eventually starting a war with the available Riott Squad members, Eclipsing Morgan...

Sarah Logan was set to be the difference maker, but unsuccessfully! She tried to interfere, but at the end, was forced to watch her partner losing... Logan stormed the ring trying to kick Ember and for me it will be great to see these two competing next week, putting some indie legacy on the mat. 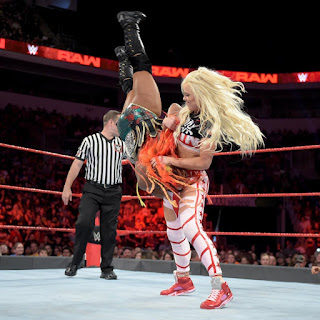 That would be a nice side rivalry for Raw, and eventually they could bring someone as Moon's ally. But for now it was just a great match! 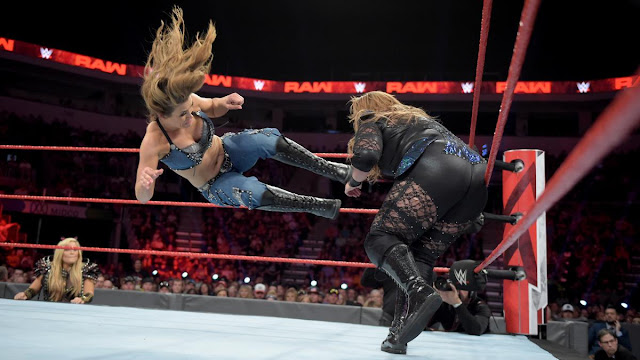 After announcing that the title rematch will be Extreme rules match, Nia Jax and Natalya, went down the ramp for The Force of Greatness one-on-one both with Mickie James...

James was a frustrating factor for a long time, helping Bliss and accompanying her to the ring, causing distraction to the Goddess' opponents, but now was time for the six-time champion, to be used to send a message. 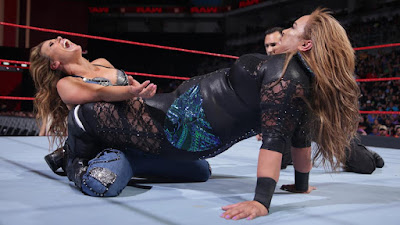 Really dynamic and good match, as well. Both Jax and James reached almost the limits. It wasn't squash and Mickie showed that she still has that old magic, that made her a legend. The ringside companions got involved, too. At one point Natalya just neutralized Bliss, so Jax to finish the match with her devastating Samoan Drop.

Really good match! Nia Jax sended her powerful message to the Champ and we are waiting excited to see the outcome of the extreme rematch!

Now all sights are set at Extreme Rules and we have two Raw rivalries that are set for the PPV, as the Raw Women's Championship will be defended 100% surely. We are waiting to see if Bayley and Sasha will get their spot, because they are ready for it!

Meanwhile, Ronda Rousey might be suspended from Raw, but as she said, she is not suspended from Extreme Rules and she will buy a ticket for the show... That what she promised in an interview with Renee Young, last night, where she was laconic, but clear! That 'threat' is promising and might be a key for the Raw Women's Championship defense. We have a serious doubts, that Bliss might use Rousey's presence to keep the belt via DQ! 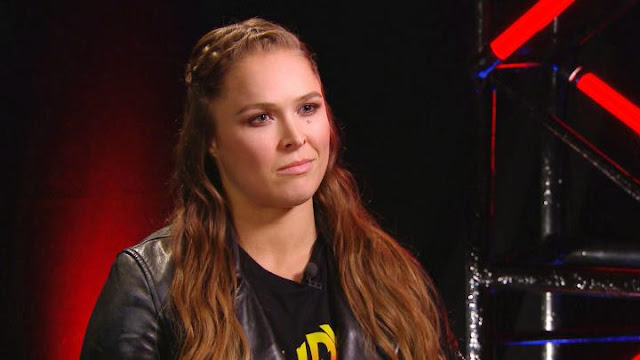