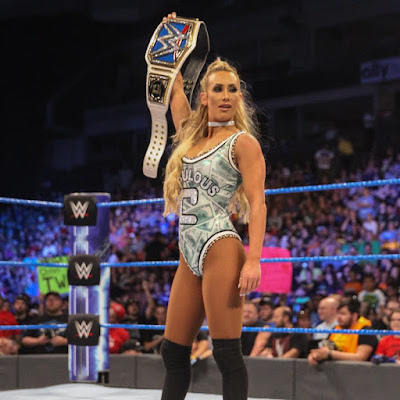 Extreme Rules PPV is tomorrow, but heading to it we have a week full of women's battle and still no sign of the Raw Frenemies Drama!

We can say that SmackDown Women's Champion Carmella had the last laugh at Tuesday night's SDL! Alexa Bliss showed her mean streak at 101%. Ember Moon was in action against the Riott Squad. Oh, and our favorite Pirate Princess ruled again!

Thie week we are having an Overall review (not show by show), because we have to make some predictions for tomorrow and there is no time...

That was RAW this week. 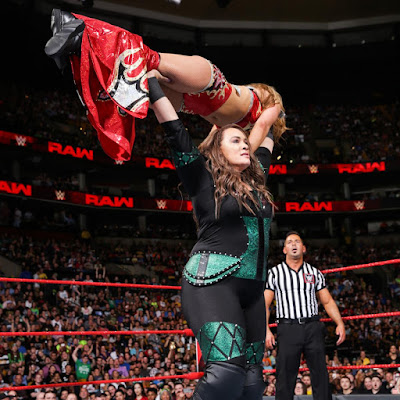 We are starting with Nia Jax and Natalya teaming against Raw Women's Champion Alexa Bliss and Mickie James. The team of the #1 Contender won, but at the end the Champ made a clear statement about her intentions to retain her belt, at the PPV, this Sunday... but the Challenger Jax made her own claim breaking the stick, that she was nailed with, in two!

What can I say?

It was match with clear purpose to elevate the tension between Jax and Bliss, as the veterans Natalya and Mickie James were there to bring some balance and it is always nice to see these girls working. Bliss and Nia on the other hand looked more than ready for their one-on-one clash. The keno-stick attack was really well planned and it was kind of concreting Bliss' new love of using foreign objects... But the way Nia break the stick was charged with more powerful message. 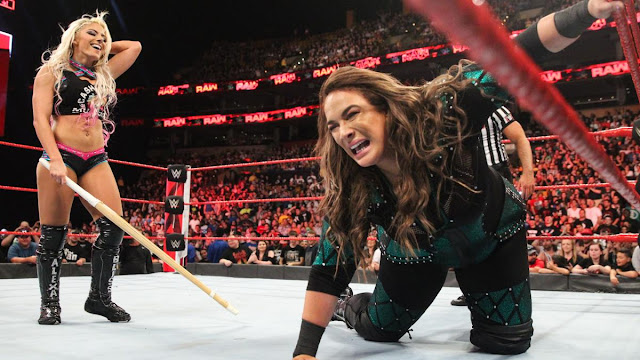 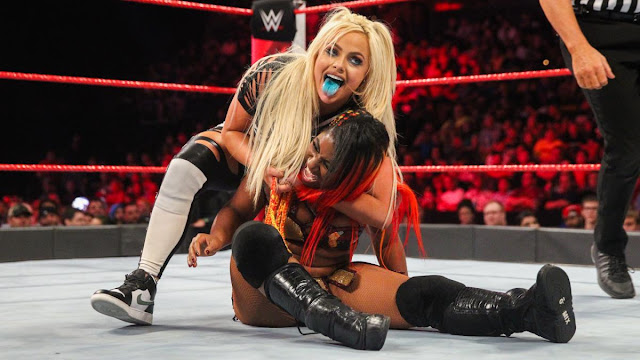 Meanwhile, Liv Morgan accompanied by Sarah Logan had her sequel against Ember Moon, and the War Goddess prove to be the winner again!

I am not sorry that we saw another match between Morgan and Moon, despite my expectation that we will see Sarah Logan competing this week. I love Liv's and Ember's work. They styles that are similar. The passion that they displayed, for good wrestling. So, the match was another good piece in that new-born rivalry.

But seriously, we hope to see Logan's anger released soon! 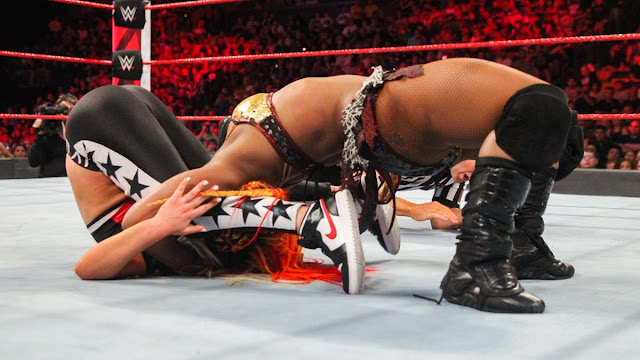 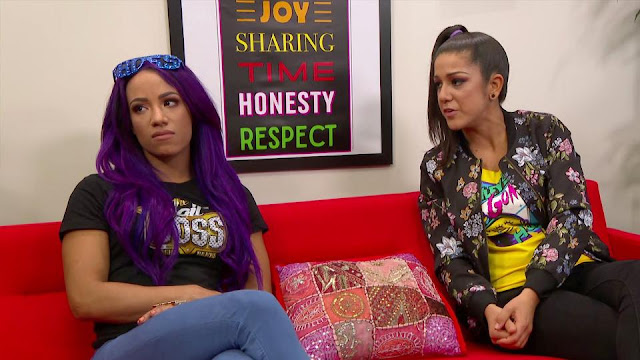 It looks like we won't see Sasha Banks vs. Bayley until SummerSlam! Yes, at this point everything is consultations and barging, even not a serious brawl had occurred since Raw, several weeks ago! No, Hardcore match for us guys!

This week the creativity process was concentrate on Asuka and James Ellsworth, war... It's funny! No one can deny it and it's nice to see serious competitor as the Empress in that kind of situation. 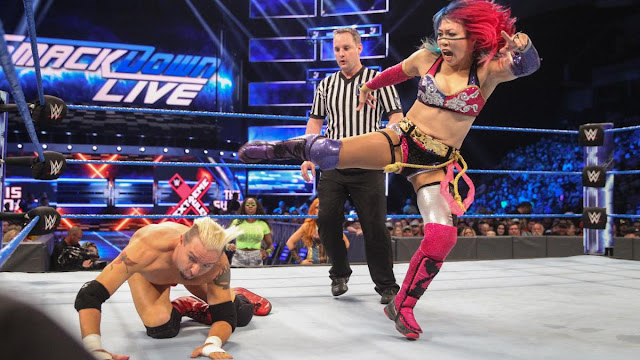 This week, the GM Paige make it sure that the rat Ellsworth, will not crawl again outside the ring, securing the area with Lumberjacks! Yes, guys, The IIconics of Billie Kay and Peyton Royce, The Absolution of Mandy Rose and Sonya Deville, Naomi, Lana, Becky Lynch and of course Princess 'Mella, with her title were there.

For me Lumberjacks matches like the Battle royals are special in one way - put as much Superstars you have on the roster on display, so fans won't forget about them and you are keeping the employees busy! I love it!

The Lumberacks have the unique talent to brawl everytime, for everything and they brawl over James Ellswort, over their own issues until Asuka calm them all down, with a dive!

At the end the weasel Ellsworth used the handed pepper spray, despite his loss via tap to the Asuka Lock, just to give advantage to his Princess. Carmella nailed Asuka and run away with her pet sure that she will win, with James at her side. 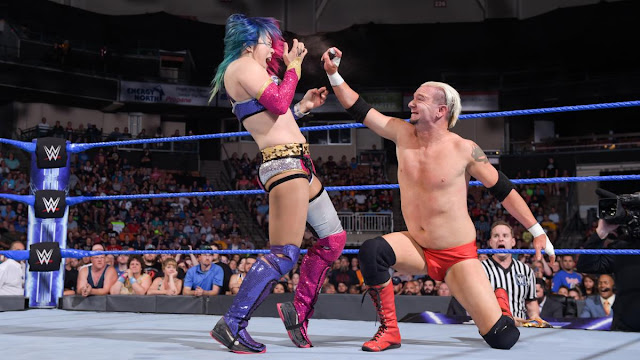 But their calculations, went wrong, when Paige, in her GM joking manner announced to the duo, backstage, that Ellworth will not be allowed fooling around at Extreme Rules! He will be locked in a Shark Cage, high above the ring with a clear view over the stage! 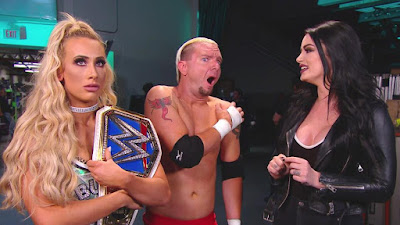 NXT set another nice showdown of their women's division. 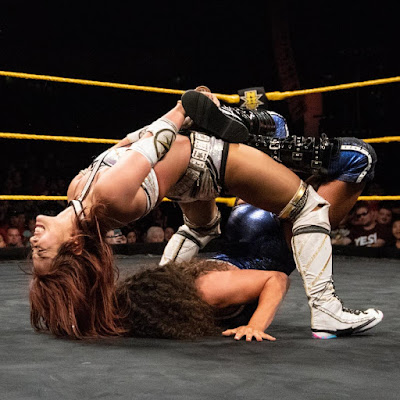 I love to see these two work again!

I love to watch Vanessa Borne working, even if she is jobbing for the top stars, hoping to see her getting her moment soon. All she needs is a nice story, like surprisingly attack some of the babyfaces. Teaming with another heel, or as we suggest joining Tommaso Ciampa in a reborn rivalry against Johnny Gargano and Candice LeRae! That mixed match rivalry could transform in a hot one on one battles and Boune needs a good enemy. She is good enough for LeRae.

Kairi on the other hand looks like she is totally ready to face the NXT Women's Champion Shayna Baszler, for the belt again. Sane is on the top of her game as always. She has the skills and talent to be a Champion, soon! Her work with Borne was really stable and well done. Kairi can work and elevate every single girl in NXT or WWE PC. That's makes her one of the most valuable talents in the roster. 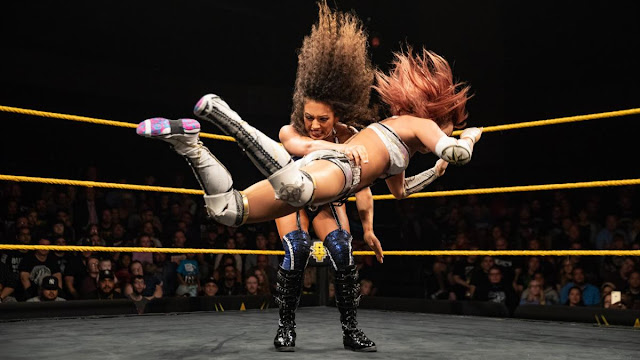