The night in NXT was filled with events at the women's stage.
Chelsea Green, Scarlett (Bordeaux - damn so hard to write) and of course the anticipated Queen vs. Evil Of The Sky, for the NXT Women's Gold with some surprises in the end!
Following the order of the events: 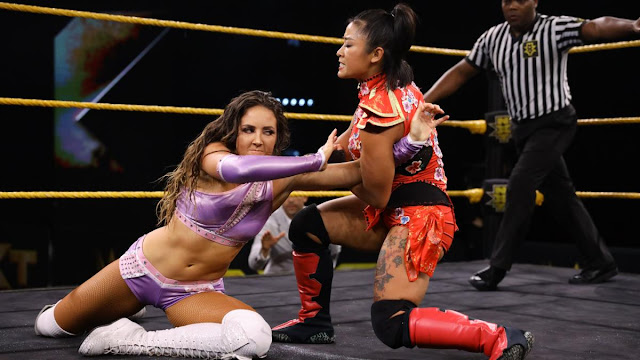 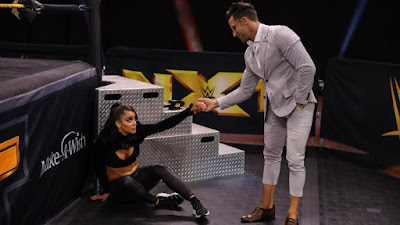 Chelsea Green (with Robert Stone) stole a victory against the fierce XiaLi as Li had her momentum during the match. The interesting part was Aliyah's interference and then Stone's extended hand to her. Is this a possibility for the expansion of Robert Stone's Brand? It will be nice! I hoped Deonna Purrazzo to be chosen, but... you know. So, Aliyah? What about her team with Vanessa Borne (change her profile pic, for god's sake)? It looks like the creatives are totally scraping another tag team in a time when they need to support the tag team division in the three brands. Another nail in the coffin. But part of me can't wait to see the development of that story. 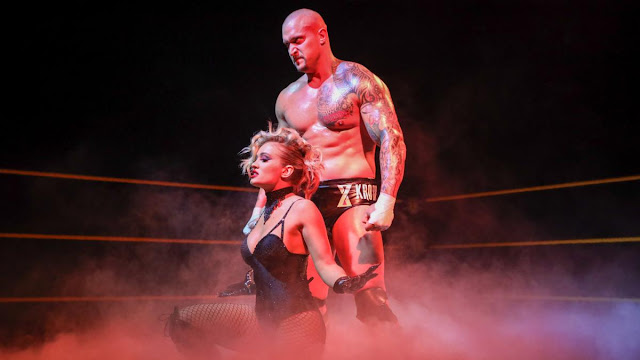 Scarlett and Karrion Kross have arrived in NXT's ring as announced. Her entrance was sort of chaotic at the end and walking and whispering the entrance song's words... Really? Well, now we'll sit and wait for their mix tag team rivalry and Scarlett (Bordeaux)'s debut as a wrestler. I am still hoping that they will use her for intergender action especially against Johnny Gargano and Candice LeRae... or Tomaso Ciampa and a (female)partner. 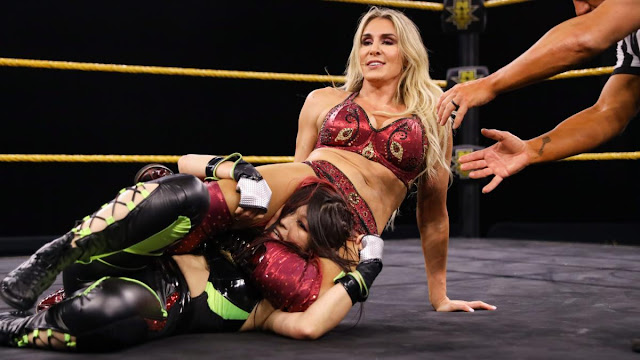 The match of the evening... 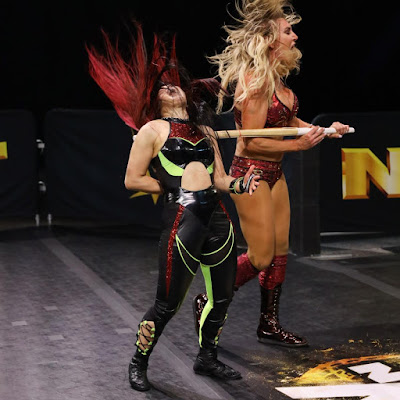 The Queen lost her cool against Io Shirai in the title both. That was what happened, after Shirai prove to be a serious threat to Charlotte Flair. Kendo stick and DQ - shocking, a bit! Not the end that we expected. Then comes the good part: Rhea Ripley is back and we finally will get our rematch. I even think that it would be logical, in the light of the last events, to see Triple Threat for the belt, that would be a real challenge for Flair! Consequences must be faced! 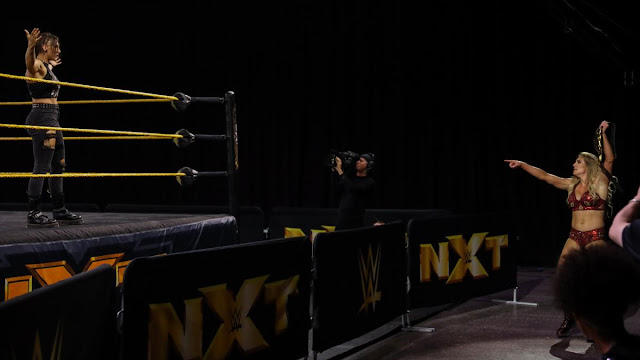 In general WWE NXT is leading with storytelling. Sorry, but this is part of the business and AEW really needs to think about it. I know that there are fans who prefer the clean high-quality technical wrestling like AEW's suggest, but most of my generation and before Cody's promotion, most of us are 'spoiled' with dramatic elements in the matches. We need to outgrow this to be more into AEW's pure action.
By AWOW at May 07, 2020