The two announced matches ended and nothing special happened in the Champion vs. Champion, except for who won it, eventually. 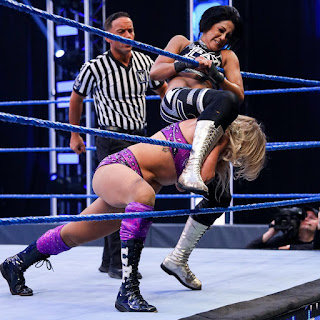 It was really intensive and beautiful match in an empty arena. Both Bayley and Charlotte unleashed their former anger and maliciousness towards each other. It was emotional! Flair even went hysterical at one point, laughing even when she was bloody and pinned Actually, the important thing happened before the match when Bayley asked The Boss Sasha Banks not to accompany her. Well, Bayley won by holding the rope, adding some drop of heat to her heel person. 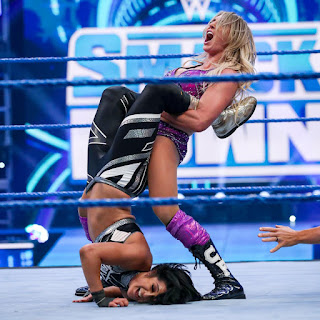 This is agony! They will really cause an indifference what Bayley is doing until she and Sasha didn't jump on each other's throat and it looks like it's set ... I hope for SummerSlam! 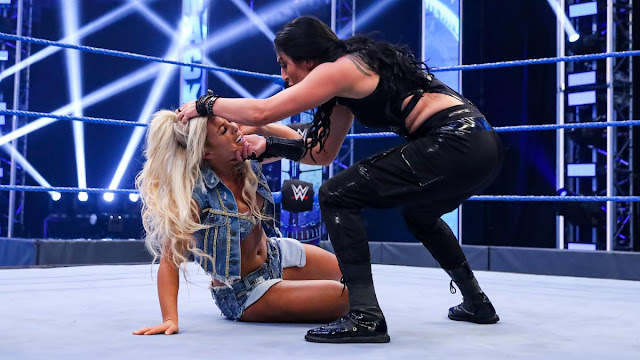 The other match! Well, when the women step in the ring they decided the end of the battle as Sonya Deville was able to overcome her former bestie for second week in a row. Nice match. Kind of predictable! I think that this will end on a PPV soon and maybe Mandy Rose and Otis will got some redemption.