WWE MONEY IN THE BANK: PREDICTIONS AND ANALYSIS 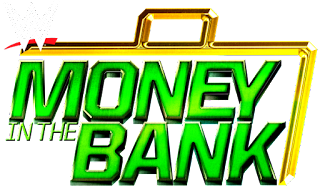 Almost two days are separating us from SmackDown Live's exclusive PPV - Money in the Bank.

They did it again and this time it will be even more historical. The whole active Blue brand women's division is on display. Not for the first time we are seriously troubled to predict who will win in both matches. 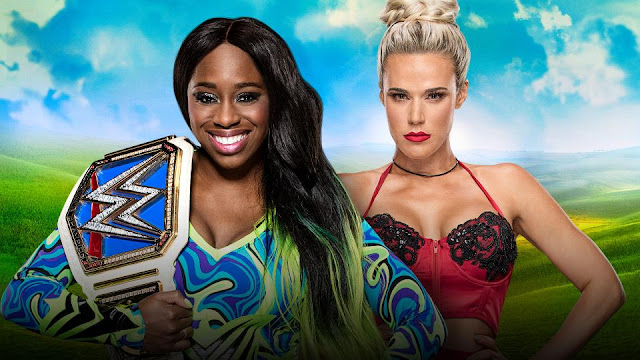 THE WAR OF THE DANCING QUEENS OR WHEN THE GLOW MEETS THE RAVISHING:
NAOMI VS. LANA,
FOR THE SMACKDOWN WOMEN'S CHAMPIONSHIP

We are starting with the less historical but really controversial match. It's important because of the stakes - SmackDown Women's Championship and Lana's reputation of Ravishing Superstar.

Lana showed a lot of potentials a year ago when she started her rivalry with the Total Divas cast - most specifically with Paige and Brie Bella. Her several one move attacks were teasing and made the audience asking for more. So Lana did the best, starting to train and working with NXT on live events. Now when she is out of her husband's shadow she is ready to build something on her own and we can feel that her chances are really good.

But is it a good idea to give the SDL women's division top prize to someone, who didn't complete a single match in the brand's ring? Yes! If you want to shock and stun the WWE Universe you'll do that!

Naomi, on the other side, is a better athlete and a huge challenge for the likes of Lana and other women. Her combined style is working well for her and her high-flying maneuvers mixed with submissions and powerful attacks is one of the greatest sets in WWE women's scene. Naomi is agile, fast and tough enough to overcome any obstacle. Maybe the idea of some fans at WWE.com, of her losing the belt and participating in the Money In The Bank Ladder match is not bad at all! If Naomi loses the belt, but win the contract, that will be a full 180-degree twist and potential record third reign for The Glowing Dancing Queen.

We are confused because SDL is kind of unpredictable and there is not a stable rivalry, in it. So our prediction will be more like a shot in the nowhere!

But we will see this Sunday! Let the battle of the Dancing Queens begins!

Prediction for a winner: Lana 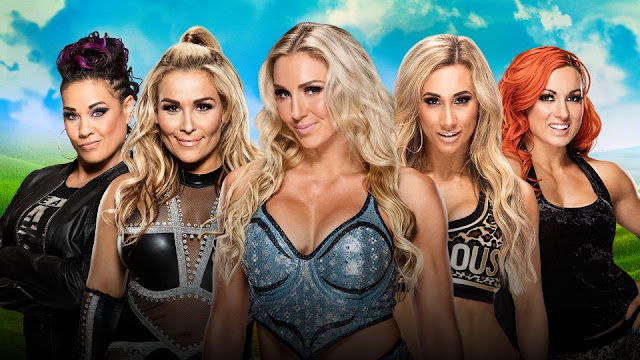 FIVE NAMES FIGHTING FOR A SPOT IN THE BOOK OF HISTORY. ONLY ONE WILL BE WRITTEN IN THERE WITH GOLDEN INK:
TAMINA VS. NATALYA VS. CHARLOTTE FLAIR VS. CARMELLA VS. BECKY LYNCH,
IN THE FIRST EVER WOMEN'S MONEY IN THE BANK LADDER MATCH

This one is the hardest prediction. It's going to be legendary, like Charlotte vs. Sasha Banks at Hell in the Cell, as Bayley vs. Sasha Banks at NXT Takeover: Brooklyn! Maybe even better. In every case - far more extreme and dangerous.

Every single one of these women is suitable for the role of the first Miss Money In The Bank. There will be no loser in this match, unofficially. But how are we supposed to predict who will win it? Here we will play the same roulette game, as we have played with the previous match. Selecting the most commonly coming to our consciousness name.

This match will be great enough and there are no words to describe it. I can't wait to see the results on Monday!