WHAT A FORCE OF DESTRUCTIVE GREATNESS 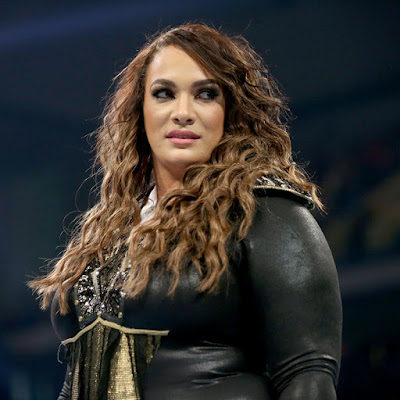 We will share our overview! It will be a kind of weekly overview... But first: We have another Perfect Prediction Score - 100% we guess who will win at Extreme Rules! Now we are recharging for Money In The Bank ... and we are praying for Lana's SDL debut tonight.
Meanwhile, we can't just pass by, waiting for Thursday to come, for an overview and miss Nia Jax's destructiveness release last night. Guys, Alex Bliss' facial expression, when she walked down the ramp, entered the ring and competed was PRICELESS! If there wasn't for Mickie James and Dana Brooke, we might have a new RAW Women's Champion crowned.

I want to praise all of the women who were involved. From the Champ to Dana. Every single one of them did her job well. Of course, I love the way Nia expresses her disappointment. By smashing 'everything that moves' as WWE.com says. She had several matches against Brooke at Main Event, now she 'messed up' with Mickie James who is gravitating around Jax for weeks. And the result was a fearsome warning, what lays ahead for Bliss.

Nia Jax deserves a title reign. As more as I watch RAW, as more I become sure in that. These women in the red brand need someone really dominant, who can't be defeated with ease. Someone who doesn't need dirty tricks to escape - she just smashes the obstacles. Maybe she is not the greatest woman in WWE, at this point, but she is not the worst. She's got it and she works hard to keep her momentum going on. Sooner or later this belt must be around this Force of Destructive Greatness waist/shoulder... so people like Paige or Bayley or Sasha, to dethrone her, after a long reign of dominant terror.

I can't wait to see how Alexa will escape the next time. This time she left the ring with a bleeding lip. Next time... well, go and watch the first title shot encounter between Beth Phoenix and Candice Michelle, for the WWE Women's Championship and find what is left on the ring after that match! (hint: some h_ _ r). More eventually without a belt and health! 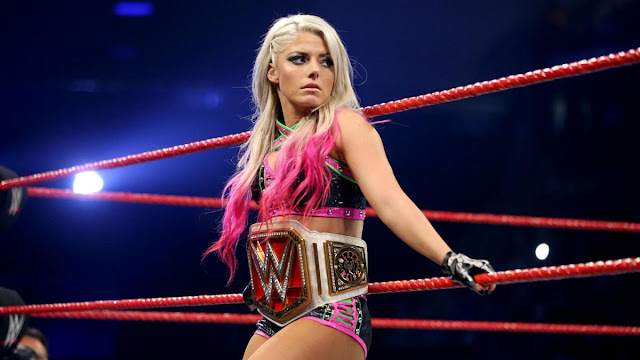