WWE MONEY IN THE BANK: HISTORY TURNED INTO FLUKE AND PARODY. MARIA AND LANA - RE-DEBUTS!


I have a bitter-sweet taste in my mouth after this Sunday's SmackDown Live Pay-Per-View! Don't know about you. First, we totally mispredict it all! Whatever! We didn't try harder. It was hard to be predicted, but in the end, the real Wild Card won?!?

I think that the only, almost perfect thing that night for the women's division was Maria's unexpected return, with her husband (oh!no) Mike (you kidding me) Kanellis (why is he Kanellis, holly sh@#$t?). I am happy to see them both signed at last. It looks like Impact Wrestling and WWE are competing which company will sign more real-life families and couples. Nothing wrong with that! It's just kind of funny!

So, let's roll into the analysis: 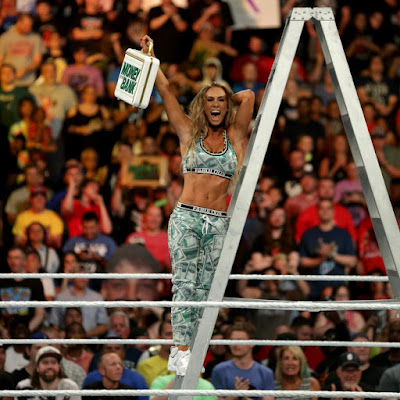 
I think that the whole SDL women's locker-room despises James Ellsworth and Carmella. We can't wait to see how Daniel Bryan will deal with the situation, but the match was "ruined". WWE had fun, but the historical moment was kind of ...destroyed! Carmella reached the top of her push, at the cost of a legacy-creation.

All of the five women put hard work in this match. Especially the likes of Tamina, Natalya, Charlotte Flair, and Becky Lynch. Becky was the fans favorite to win the match. Charlotte, Tamina, and Natalya were the best fighters, with the amazing OMG top rope moment, involving all three of them.
In the end, all four women were robbed by James Ellsworth!!!

The moment was stunning. I still don't know how to cope with it. The moment when Ellsworth stood aside of the ladder, climbed and threw the suitcase to his 'beloved' Princess of Staten Island! Some fans chanted 'Yes', until realizing, that this was not just a funny controversial ending of a historical match - it' between "OMG! What was that!" and "This is sucks!".

I just can't wait to see what's in store for the Inaugural Miss Money in the Bank and her "Protegee". I desperately hope to see some payback, as the whole women's division of the Blue brand destroying Ellsworth.

In the end, the faces of the robbed Superstars tells it all! 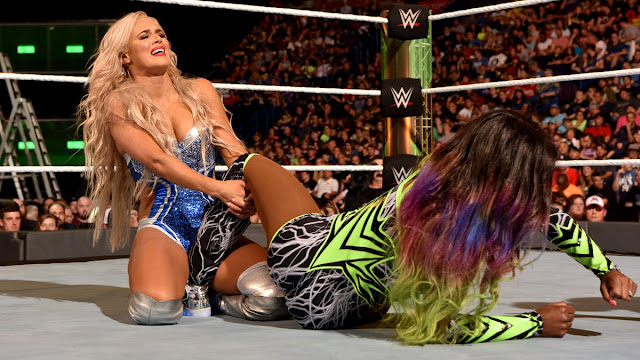 The Clash of the Dancing Queens was the second thing I hope well worth it and my last chance to see one of our predictions happening! Well, deep inside, all of us knew it! Naomi is way better than Lana. But as the commentary said: Lana survived unexpectedly long in this match, and it was Carmellsworth appearance who helped her losing cool. 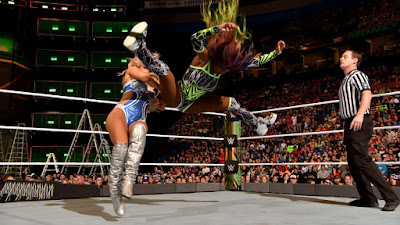 The match was nice. Come on The Ravishing Challenger survived many of the Champ's top moves, including Rear View and avoiding a Split-legged moonsault. She tried to capitalize on her foe's wounded knee, but it didn't work. In the end, I can say with a hand on my heart, that Lana did it far better than expected, but she needs more work in the ring and I hope to see her battling her fellow Superstars, in the following weeks. Especially Carmella. 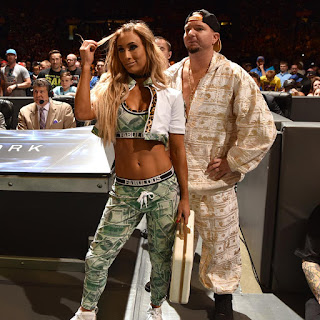 Naomi was on the top of her game and the ending of the match was just perfect. She made her opponent tap out and left the ring with eyes full of joy. She even tried to provoke Ms. Money In the Bank, to cash in, but all of us know, that The Princess will fool around, until her cash-in! 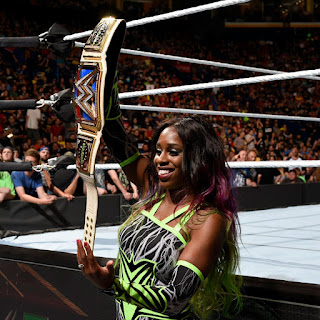 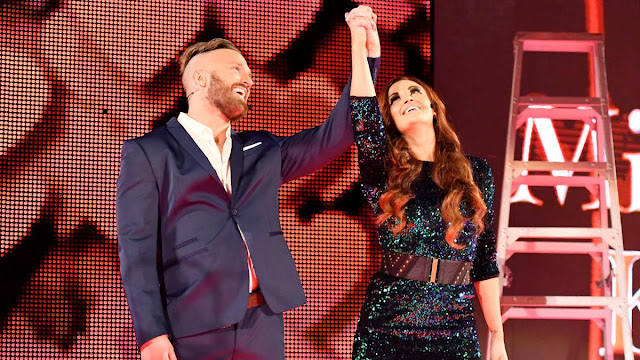 THE POWER OF LOVE

She's back! And this time she brings a company!

I think that some old dog was dying in the audience at some point!

I know! I know! We can imagine many other former then-Divas, to return to WWE, like Victoria, Melina, even Eve Torres (why not), but come on! We admired Maria 7 years ago, why you can't sit an enjoy how her heel gimmick will work in WWE. It worked fine for Impact!

Maria didn't leave the wrestling business, she even expands her knowledge winning several titles, out of WWE. It's a fact that she was on a roll, when they released her, with Melina, Gail Kim, and Mickie James, to shock us all, back there. Maria is a nice competitor.

I like the idea to hire her with her husband, Mike Bennett. I don't like the idea to present Bennett as some "girl toy" and Maria's "wife". I need time to deal with this Mike Kanellis thing, but I want to see them evolve in WWE and for a long time.

I hope that they will shake the things off tonight! And I desperately hope to see Maria competing, if not as a Champion.