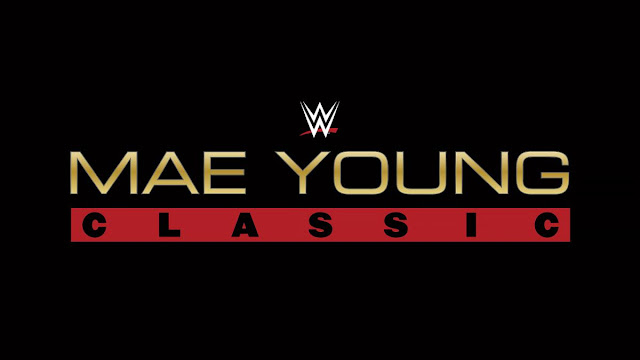 You may expect an Extreme Rules PPV's overview, but we don't think that it is the major topic this week, and the coming weeks and a month further.

No, we are not underestimating or underrating Bayley's, Alexa Bliss', Sasha Banks' and Alicia Fox's work.  It's not that bright in the face of a History-Making Money In the Bank Ladder match and the forthcoming amazing all-women tournament.


It's named after the legendary Mae Young. The woman who next to Mildred Burke, helped the professional women's wrestling to enter the territory previously reserved only for men. After years of dedication to the business, funny appearances in WWE and eventual Hall of Fame induction, now we can see the top of the gratitude that WWE pays to her by naming their newest tournament after her. I hope that this will be a new tradition, like Dusty Rhodes Tag Team Classic Tournament.

The dates for taping are announced - in July 13- July 14 at Full Sail University (the home of WWE NXT). Now we are waiting for the most important part - to announce the names of the 32- talents involved in it. We have heard several speculations about names like Marti Bell ,  Mia Yim and Candice LeRae. Thea Trinidad has signed with WWE according latest reports. Earlier  this year they signed Cheree Crowley (aka Evie) MaryKate Glidwell (aka Andrea, Betsy Ruth and Rosie Lottalove), Kimberly Frankele (aka Kimber Lee). They even included the likes of Sarah Bridges/ Logan (aka Crazy Mary Dobson), Dori Prange/ Ruby Riot (aka Heidi Lovelace) and Nicola Glencross /Nikki Cross (aka Nikki Storm) in a previous classes of recruits. There are many possibilities, open for imagination and exploring!

Who do we hope to see?

There is a poll on WWE.com that is asking, which former WWE Women's champion we would like to see participating in the tournament. The leader-board looks like this at the moment of writing of this article /14:05 pm, Bulgaria/: Trish Stratus is leading with 25%, followed by Lita - 22%, Gail Kim and Beth Phoenix - both with 16%, Melina with disappointing 12 % and Michelle McCool last with - 8 %. If I have to choose someone of these candidates, I will (and I did) vote for Melina. It looks like the fans are mostly votiong on nostalgia not on a fresh mind related to the current situation. They voted Trish, Lita and Beth - 1st and 3rd retired, 2nd with sporadic appearences instead of one of the greatest and toughest competitors ever MELINA, who is still an active full-time wrestler and desires a match/es against Mickie James! I am pleased with the par between Beth and Gail Kim meanwhile.

We hope to see Leva Bates, Deonna Purrazzo, Santana Garrett, Tessa Blanchard, Taeler Hendrix and Rachael Evers. Still have a hope for Ivelisse  as competitor from Puerto Rico.  Maybe Victoria. Maria. Who knows. They can include Hania The Howling Huntres ,  Mickie Knuckles, Kay Lee Ray, from UK and Shazza McKenzie, from Australia.

At the end, the whole Women's Wrestling Universe - promoters, bookers, competitors and fans, are silently waiting to see what this this revolutionary tournament for the #1 promotion in the world, will bring. Who, against who and how will compete? What the future hold for the most talented women?

I really hope to see a whole women's show on WWE Network, like 201 Live, hope with UK Series (because those guys deserve their show, too). I hope that there will be another annual tournament, but most importantly a whole women's weekly brand on display!