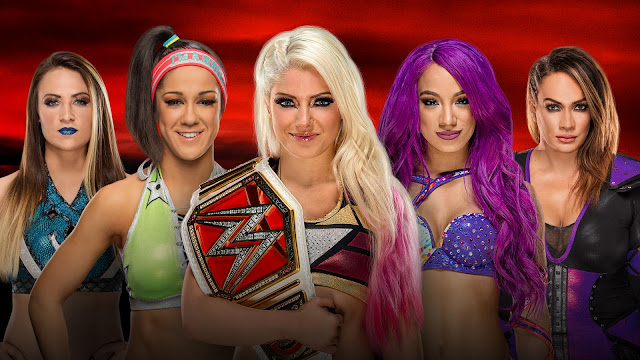 It's time to make our prediction about this Sunday's PPV: WWE No Mercy!

What started with a fatal-4-way and now evolve to fatal-5-way. After the surprising entrance of Emma and Nia Jax in what was supposed to be one on one rematch, now we have Bayley, who returned this Monday, serving us an even bigger surprise, by being involved in the title picture, just for entering the ring and kicking out Nia Jax of it, with the help of Sasha Banks and Alexa Bliss. Wow!

In today's prediction, we are presenting the contestants as a 5-factors in the Title bout! We are analyzing and overview them one by one, by calculating their chances! Of course, we know that the person with fewer chances is not a person without the possibility to win it all, so these percentages are just for orientation!

So let's dive into it! 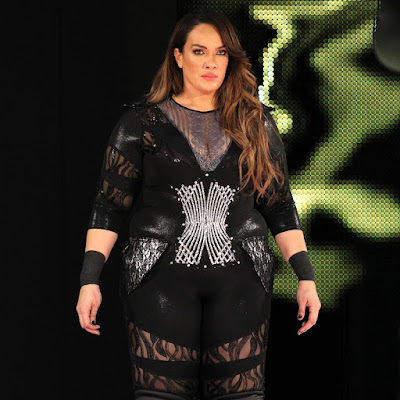 I am starting with one of our favorite competitors! Actually, all of the five are our favorites, but at this point, Nia is someone we definitely prefer to see as a RAW Women's titleholder.

Nia was so close to the belt at several points, but her 'unhealthy friendship' with Little Miss Bliss. She was 'screwed' by Bliss most of the time. So maybe this time she finally even steps closer. But that doesn't mean that she has good chances. WWE wants you to believe that Jax is pure physical power, but most of us can look beyond the gimmick. As much as I want to see Jax wearing that belt I think that her 1 vs. 4 chances are not that good.

In the match, we might see all of the four women will unite themselves against Jax. That fact reduces Nia's chances, it doesn't erase them. She still is the dominant factor! 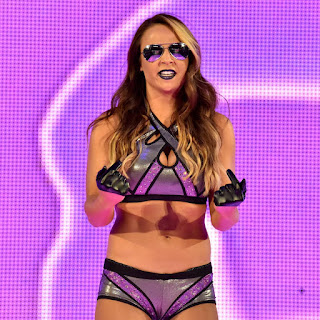 Since her long recovery and the Emmalina fiasco, the things about Emma looked like anything but 'all about ME'.

Actually, me and my colleagues, we didn't see how it was possible for her to enter the title picture, with all of this 'social network' stuff, rivalries with Nia Jax, Dana Brooke, and Mickie James. All of this kept her away from the belt controversy. And then WWE RAW Creatives surprise us all, with this really great idea for a tag team match that granted Jax and Emma's entrance.

Emma is kind of underrated at this point. I am 100% #GiveEmmaAChance supporter and I know that she can do better. As Sara Amato said Emma is hungry for new moves. Emma has one of the really nice packs of moves actually and is always ready to put a really great show for the fans. Win or lose, she does it with amazing professionalism.

Her chances in this match? OK. Emma has chances! Chances to make a really good twist in the match, we have seen it before, but I think that her chances to win the belt are not that big! Sorry, as much as I want to see her or Jax leaving the ring this Sunday with the coveted belt, I think that next to the other 4 women, the odds are not in her favor. 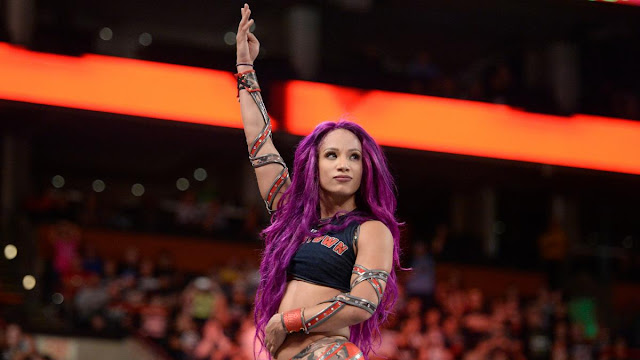 The Boss is someone who knows a lot about beating the odds!

Her epic rivalry with Charlotte Flair, her fierce matches with Bayley, now her revived war with Alexa Bliss - The Boss has always overcome the odds and learned a lot from her losses. Sasha Banks won a 4 Championships in really hard battles of life and death, at the cost of injuries and emotional exhaustion. She hates the failure, but The Failure loves her. We know about her WWE Title Curse, which she was unable to broke.

Maybe this Sunday, the magic will work again and the Boss will leave Staples Center, LA as a five-time WWE RAW Women's Champion, following the footsteps of the likes of Trish Stratus, Lita, Mickie James, Melina, etc. Her chances are really good (especially with her modified Bank Statement that she used to submit Jax) at the same time they are equal to Bayley's and kind of lees to Bliss's chances.

Whatever happened at No Mercy, The Boss is someone, who is seriously involved with the war for the top spot on RAW, no matter who is there and who is coming. 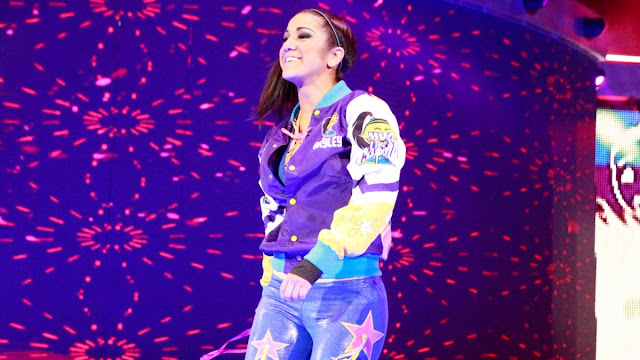 Coming out of nowhere and fly right into the title picture on PPV - that's Bayley!

Actually, Bayley stole the Wild Card title from Emma, who actually worked there in RAW, almost every week. Bayley entered the picture and changed the balance with a BANG! This Monday is still fresh in our memory and some of us are still shocked by this booking decision.

Bayley's chances are huge. We saw it happened before: People who were injured and returned even in the exact moment of the title match and won the belt (Layla El for example; She replaced Beth Phoenix at PPV and defeated then Divas Champion Nikki Bella (actually Brie was pinned) in her returning match), sooo Bayley's chances to repeat history are not that small as you think. You saw her destroying the odds at WrestleMania, now she is here to make another statement.

I am not having problems with Bayley eventual winning the belt. I have a kind of problem with the way she was involved in the title picture, but this is RAW Creatives' decision and they have a plan for it. A plan that I am totally curious and willing to see in motion! Until then we are taking a deep breath and we are looking forward to seeing what is the Wild Card Factor role in the forthcoming match. 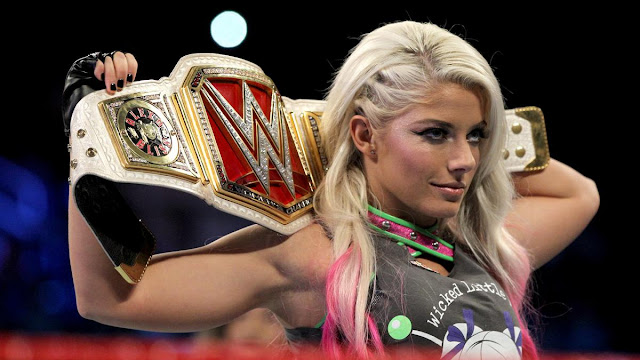 Don't be hurry into scratching Alexa Bliss' name from the list of the WWE Champions!

She is still the biggest factor in this match, with her sneaky strategies and mind games. Alexa Bliss proves to be vital power in both brands women's divisions, compensation for her lack of total success in NXT.

Since her transformation from the Blueberry Nice Girl to the Red Hot Wicked Witch, Harley Queen, or Goddes of WWE, Bliss walked a long and hard way to establish herself as one of the greatest heels in WWE History. With four title reigns (2 SmackDown and 2 Raw Women's Championships) she is someone who is already built a legacy on her own.

This Sunday will be a really hard battle for Bliss, because, at the moment when all four women dealt with the Nia Jax problem, Bliss is next in line, to be put in situation 3 on 1. If she allows that! I am willing to think that she will try to win Emma as a temporary ally against Banks and Bayley. That is the logical tactic. I think that she will have a serious problem to do the same with Jax - not after this Monday Night's RAW.

But after all, she is the Champion, she is someone who is good at sneaky tactics and manipulations, and her chances are not far from better, all because of these things. So we can't wait to see how The Goddess of WWE will survive (or trying to survive), this epic war!