SO HAPPY FOR TESSA AND SO INTO 'WHAT THE **** IS HAPPENING?' MOOD AT THE SAME TIME 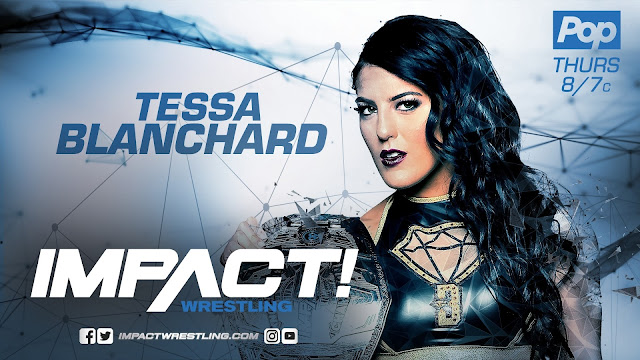 Guys, don't get me wrong... I want to state and underline it that I AM 101% HAPPY FOR TESSA BLANCHARD! CONGRATULATIONS!


Blanchard ovrecome two of the indies though names - Allie (aka Cherry Bomb) and Su Yung (former KO Champion), to become the top women of the second largest USA promotion! And that is great, because Blanchard, next to Rachael Ellering/ Rachel Evers and Deonna Purrazzo (who finally get it), are three of the top youngest women, who deserve WWE contracts. But I am happy that Tessa is on TV thanks to Impact. Impact Wrestling showed some 'stroke of genius' by hiring a great talents like Rosemary (Courtney Rush), Taya Valkyrie, Kiera Hogan, Allie, Su Yung and Blanchard under the nose of WWE. That was the great business move that kept them on the surface away from KO division shipwrecking.

I admire Tessa Blanchard's talent, but for me it was kind of another quick rush into title change! No mind games, not enough story for me... As much as I am happy for Tessa, I think that she might beat Yung in one on one, extreme match. the best part for this battle was the appearance of these three women together and the respect Impact paid, that early to Blanchard.


I hope that she will defend that title long and competitively! I think that Allie might be next in line and I hope that we will see dynamic matches between these two world-class competitors. Until then, Congrats, Tessa! You deserve it... maybe in a far better match, but you deserve that belt! That is sure!
By AWOW at September 03, 2018