MAE YOUNG CLASSIC 2018 EPISODE 1 ROUND 1 OVERVIEW: THE RING OF THE RISING SUN

Mae Young Classic went on air this Wednesday and what an episode we got. Total domination, great athleticism, new talents, legends and a ton of emotional matches.

That is the magic of MYC and I love it!

We are starting with one of our favorite matches and grade up for the Main event, not underestimating any of the battles in Round 1! 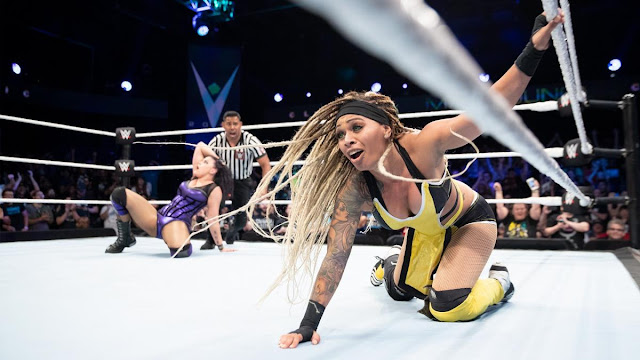 It was upset victory, but not from someone who got lucky, but by someone who is really impressive.

Despite the short match and small botch at the ropes while spring-boarding Lacey Lane was what I expected her to be - charismatic and super technical! Her size was her advantage and she use it backed it up with her quickness to evade Krvens strong smashing attacks!

Of course I can't be thankful for Vanessa Kraven's strong presence and even selling the botch, which spoke about her devotion to make her young fresh opponent to look in her top shape. Her spots were all in place and as I love to say as a moto for MYC: There are no losers!

Congratulations for both ladies! Really good match! Love it! I wish it was longer! But if you don't know they had only 15 minutes per-match time limit!

Now we can follow our favorite wild card in the next round! 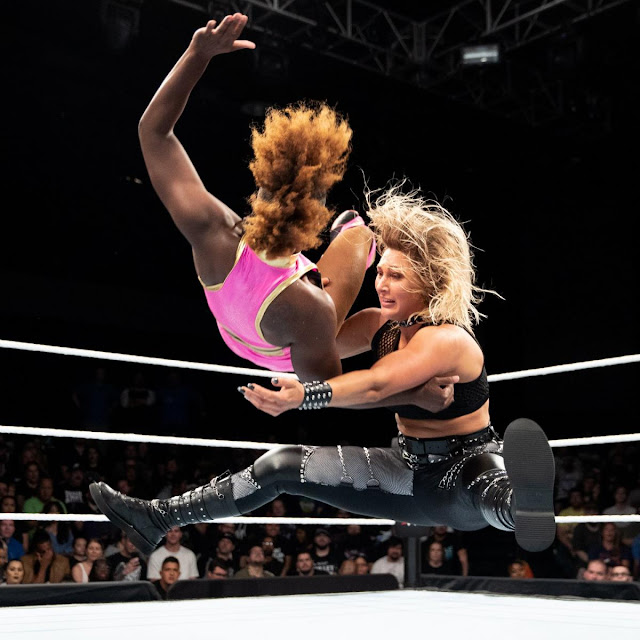 The new attitude paid off!

Well, it wasn't only an attitude, a lot of power and skills worked out too, but the attitude definitely helped, not only Rhea Ripley, but her opponent to shine as well.

Ripley was determined to win this match. She is hungry for more after lats year loss to Dakota Kai. We know that she is on the roll and risking to SPOILS IT FOR YOU (SPOILER ALERT) she already had the opportunity to write down history in WWE NXT UK! So some more fuel in her engine is more than welcomed. She deserves it!

MJ Jenkins was amazing. Her positive attitude, colorful and nice, that explode in a hard shoulder blocks and clotheslines during the match were surprisingly good. Our worries are related to her last experience with Impact. The former-underrated KO, was not well booked and soon was released. We hope that she will not follow the faith of Superstars like Abbey Laith and Sage Beckett, who didn't get enough creative attention and despite their perfection in the ring, finally were released because the landscape was overcrowded. We hope that WWE will give chance to Jenkins!

Overall the match was great! 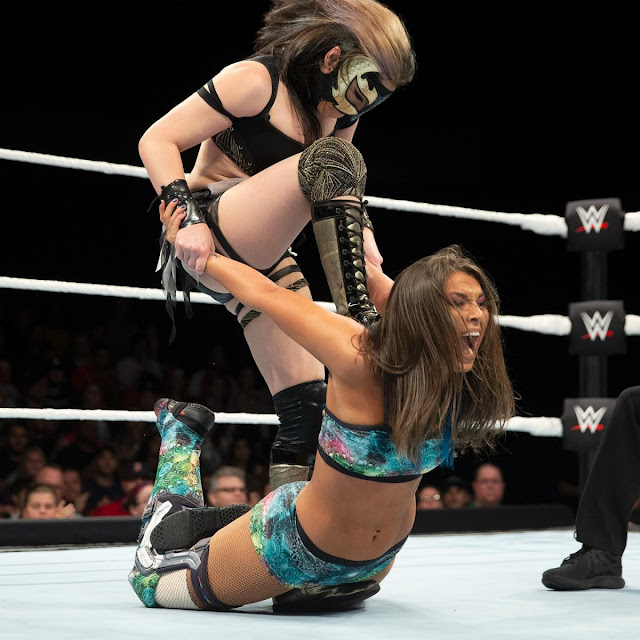 For me that match had it all - intrigue, twists and... c'mon these girls made the armwrench interesting! Really enjoyed the atmosphere of the match.

I don't think that Tegan was on 100%, but she was great as expected and gave 101% from herself in that battle. I love the funny and fresh way she kip-up several times and make that 619 as a joke.  Beautiful crossbody. That 'Never Give Up' attitude of Nox, definitely separest her from the pack and we hope that in the future she will get more opportunities to shine bright in WWE ring.

Zatara's fame proceeded her! We heard a lot about her brutality and she put it on maximum display when she worked on Nox's injured leg. She established herself as a real heel. She didn't let her opponent breath from the moment she gained control over the match.

At the end of the match Teagn just grabbed the opportunity, after Zatara missed a dropkick and nailed her Shinning Wizard variation. Hardly earned victory! The match was really good opener for the episode and was dynamic.

It left me with the thought: WWE needs some luchadoras, as well as Whales sensations! 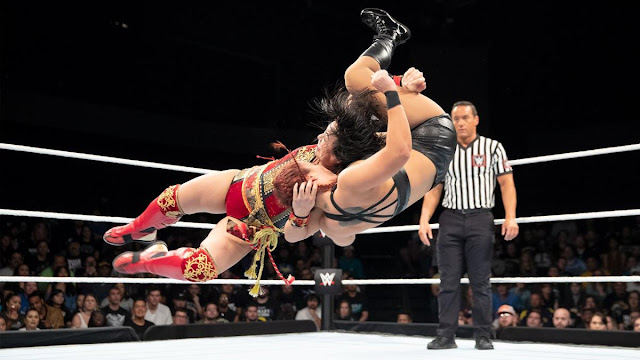 What could I say?

The audience said well in their chants:
'THIS IS AWESOME!'

Amazingly, stunning technical match with so much drama, inflicted just by the moves of the wrestlers in the ring, without cheap shots and funny fake attacks! I predict and my predictions were justified!

Meiko Satomura is what the Japanese wrestlers are - unique in their style, charismatic, ultra technical and devoted. Meiko Satomura is embodiment and example of how female wrestler should proceeded in the ring. Her cartwheel, her throws, punches and kicks - for me they are better than Asuka's arsenal! If I had to describe her with one sentence: She is a legend!

Bow down for Killer Kelly, because that young lady deserve admiration for her work. I expected her to do best... She did above GREAT! I don't think that she has anything to be sorry or grieving! She is one of the 32-winners with unique chance to compete in unique event as MYC and as a bonus to face a walking, living and breathing legend! I can't wait to see that Portuguese woman competing in WWE NXT UK! She, Isla Dawn and Toni Storm, are my picks for the future big names in there... But now, we must pay her respect about her stunning performance!

Respect for both women!
THAT WAS AWESOME!!!