WHY BECKY LYNCH IS FAN-FAVORITE HEEL? 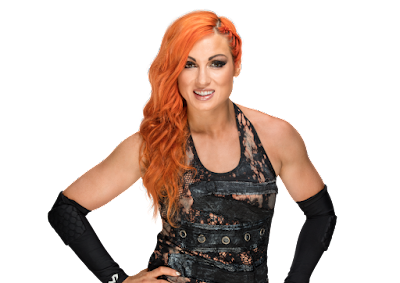 WWE Creatives' plan to turned Becky Lynch into a villain is not working in the expected way. Today we are sitting here thinking about why it doesn't work and why it is supposed to work in the way WWE want.


When someone is turning into heel, the expectations of the company are that the audience will boo him/her. Well, Becky Lynch is one of the examples that the audience didn't buy it! Why? Because even a blind man can see that Lynch deserved her second title at SummerSlam! Everyone is behind her, because she turned into symbol of the people worldwide, who were betrayed by their friends. Who were sidelined again, by someone who has already been there!

These days wrestling is more about wrestling, not only characters and if the heel could throw better moves, the fans will cheer him/her. Also, the dynamic heel, who have strong, well solid motivation for her/his action is far more, appreciated than the classic face character!

Okay! Charlotte Flair is great athlete. She is one of the women's division faces. She is embodiment of the female wrestler, who didn't have experience but rises above the experienced one, just because she knew the ropes, better and she is stunningly athletic. But, she came out of nowhere, won one match and was booked to steal what was a great opportunity for her former friend.

Fans have empathy for Lynch and it is well deserved.

Even her 'straight fire' speech wasn't able to draw the negative heat from the crowd.

The variants are several:

1. They need to use 'Stone Cold vs. Lita' kind of technique, but it won't work - i.e. Lynch to brutalize Flair, which can't happen, because fans are having enough from Charlotte. Actually they tried this via post-match attacks and we don't buy it! I don't know how brutal could Lynch be... Maybe they will surprise us, but it's not sure  that it will work!

2. To keep it this way! Becky hating Charlotte, talking, attacking and talking and attacking... To keep the status quo until the title match!

3. They can reverse the roles! If Lynch heel character continue to be fan-favorite, they could turn Flair, who is great as heel, at any point.

For now, we can sit and enjoy Becky's dark side, which is kind of fresh air in SDL!