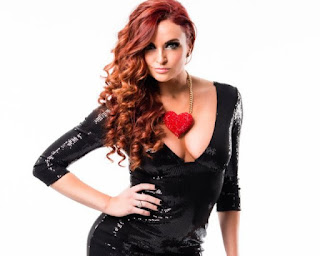 Is is it really all about Maria?

This week Impact Wrestling showed us an angle, on ring. Firstly, I think that I prefer to watch Allie /Cherry Bomb/ wrestle, instead of speaking... Her voice is a little bit annoying... Well, Maria did her fake apologies statement and as "a good leader" asked for a questions!

And the questions followed... Actually I don't remember what was Allie's squeaky-question was, something like 'How to be like you, Maria?'. Maria answered her way. Then Jade asked a really serious question about her 1 on 1 rematch... Well, according to last week, Jade has received some sort of rematch, but 1 on 1 against Sienna, sounds good!

Before Maria can answered, after a little yelling from Marti Bell on Jade, Gail Kim took the mic and told everybody, that if Maria is on charge, no one will get what she deserved. Maria answered with 'It's all about you, isn't it Gail?'...

Well, Gail Kim is one of the greatest women wrestlers we currently have in the professional wrestling. Despite the fact, that she owe a lot to WWE and they owe her a lot in return, TNA gave Kim the chance and the career she deserve, with the opportunity to work outside the promotion. Gail is well deserved TNA's Hall of Famer. Gail is one of the greatest Knockouts, that they ever have. But it's time to see the other girls working on that ring.

Maria set an ultimate challenge for Gail. Matches against every Knockout in the roster. If Gail lose even one, she will lose the opportunity to have a title shot in the future!...

Jade left the ring, announcing that she didn't follow rules and not going to start follow them. This led to brawl between her and Marti, which led us to the simple conclusion - the battle between these two, is not over!

And then the miracle is happened!

Madison Rayne grabs the opportunity, to be the first to challenge Gail, after a vicious attack in the back. This sounds promising and we'll be waiting for their match, eventually next week!