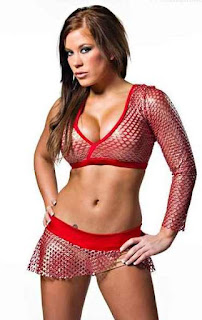 Madison Rayne tried to stop Gail Kim on her way back to the top...

Rayne is one of the greatest Knockouts that TNA has ever have. She is one of the important figures next to Kim, who revolutionize that division. It was an honor to see her wrestle first against Gail, aside from the fact that we saw that coming after last week's attack in the back.

Madison put a good effort. It was nice to see these two women fight again even in a short match like this one. Short, but long enough for both to applied their finishers. At the end Rayne got Eat Defeat from Gail.

One down! Next to come. 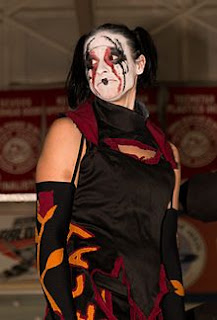 Seeing serious wrestler like Courtney Rush playing a creepy character like Rosemary is interesting. The video series that run all through this week Impact, were interesting and sort of NUT!

Once upon a time, Rosemary was a little (teenage veteran-look alike) girl, without creepy make up, with nice fluffy cat. The cat get sick. Rosemary's mother throw the deadt animal body in the trash cane. Rosemary found it. Rosemary get nut and possessed by the evil... Whatever!

Actually I expected to see her dealing with Raquel, at ringside, but... they decided to put her in that psycho-dramatic-dark-romance storyline, this week. 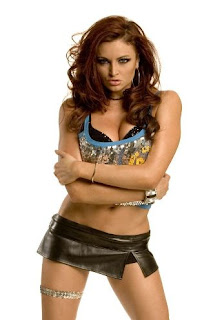 Oh, Maria just did her things, this week! messing with the Knockouts, messing with her husband's match... Messing up with everything!

She owes us one match against Gail Kim!

Whenever and whatever we talk about TNA Knockouts, it always started and  ends with Gail Kim!