NO MORE JADE IN TNA? 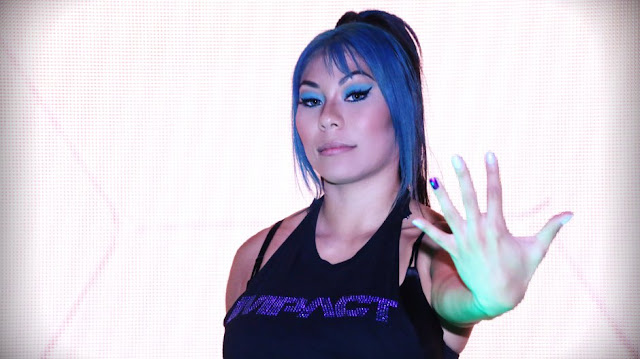 
Almost two years long relationship between Stephanie Bell (the real name of Jade, a.k.a. Mia Yim) was ended. Her last match was broadcasted in March 02, 2017 and it was Last Knockout Standing match, against Rosmary, for the belt.

Bell official TNA Impact debut was back in 2015, as she had several matches for the promotion, prior it. She was a member of the Taryn Terrell's Dollhouse, with Marti Bell. She had several rivalries with a top competitors like Gail Kim, Maria Kanelis - Bennett, Sienna (Allysin Kay) and her former tag team partner Marti Bell. At the end Jade had these championship related promising rivalry with Rosemary.

It's kind of shocking, because Stephanie or Jade, was one of the companies really good asset. With a stable indie wrestling scene background, she was one of the talents with a really unique, strong finisher and some real talent in their roster.

No matter which way she will choose, we know that Jade/Mia Yim is someone, who all of us must watch for! We wish her a lot of success outside of TNA, and a lot of new professional offers, from promotions, situated in USA or worldwide.