5 REASONS WHY LANA SHOULD ENTER THE WWE NXT'S ROSTER 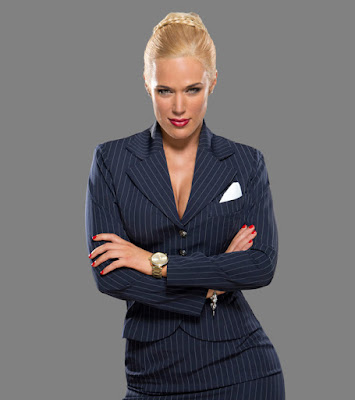 "ATTENTION! ATTENTION! Wrestling fans all over the world rise... for the one and only, The Ravishing Russian! LANA!!!"


Еh! It was 2016, WrestleMania 32 Pre-Show, when Lana made her a little bit early official wrestling debut!

If you follow RAW, you'll think that she has turned back to her valet/manager/housewife role. But actually, Lana is competing for NXT's live events and she even score some victories against Sarah Bridges (a.k.a. Sarah Dobson or Crazy Mary Dobson on the independent scene)!

When we were searching for an analogy these days, we reached to the following example:  Emma's second NXT run and how it boosted her career! Well, Lana is not a wrestler with a solid background and training like Emma or Paige, but she spends some time in the gym and at the WWE PC (Performance Center).

Here are our 5 reasons why Lana, should make her way back to NXT, this time on her own! 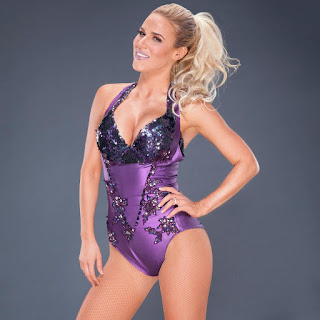 This is one of our major reasons, but not the most important. At this point her chances to reach RAW Women's title picture are not that good. There is a line of talented and established wrestlers in front of her.

Lana's situation reminds me of women like Sable, Trish Stratus, Ivory, Debra Marshall, Molly Holly, who started as a pretty valets for muscular wrestlers, boyfriends, husbands, etc. and later reached the Women's title on multiple occasions. If Lana really wants it, she is able to reach to the belt at some point. But she has to work double hard, to earn these opportunity and at this point it seems, that she is ready to do it.

If she goes back to NXT, she may receive the opportunity to have a good taste of what it means to be a #1 Contender. NXT's division is really flexible and everyone can earn a shot, with hard work and self-devotion to the brand. Just imagine Ember Moon as Champion, celebrating her victory and out of nowhere, Lana's music hit the ring and the Ravishing Russian starts a her mind games, until dropping the bomb - "I am a WWE Superstar, my husband is a great wrestler, etc... so I want this title of yours! Meet you at the TakeOver!".

Lana can even be involved in another manager-like role with Peyton Royce and Billie Kay. She can even make a stable with them.

Everything to reach a golden opportunity! 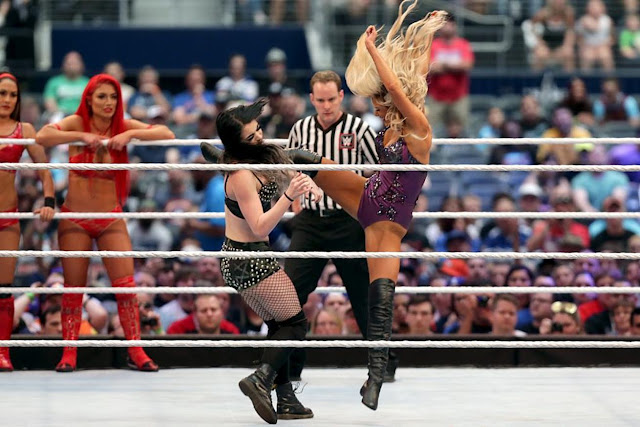 To be someone's valet or shadow is exhausting, especially for an obviously multi-talented woman as Lana. She really needs to do something on her own. To leave a trace in WWE women's division! As an established Superstar, it will be sort of easy for her, to be re-integrated in NXT as a vicious heel.

WWE officials already know that the fans are dying to see her in singles action, doing something separately from Rusev. NXT is the right place for her to start doing it and later to use this momentum to attack RAW women's division top. So this is one of the good reasons for her to get involved with NXT and they to meet her with open arms.

REASON #3: DEVELOPING HER SKILLS AND BUILDING A SOLID CHARACTER 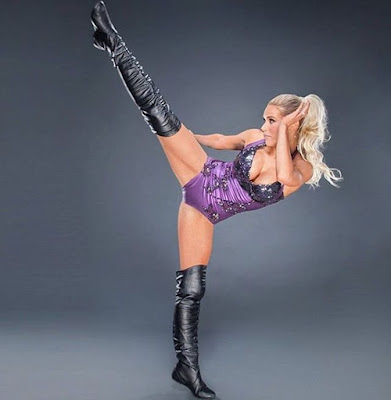 This one is a follow up-of the previous reason. To do something on her own, she needs to develop her skills and wrestling character. There is no better place for this than NXT and the live events.

Her amazing kick is great finisher, but she can add something  new to her moves set. She looks like someone who is hungry to try new things, like Liv Morgan. Morgan and Lana could even work some matches with and against each other. WWE and NXT must use these ambitions and willingness, these desires and needs of Lana to learn. Some serious work with Sara Amato and the other girls and voila : She's ready to be a really serious threat for every woman from NXT to RAW and SmackDown!

About the character! She has a well built valet/manager heel character, but she can evolve into a Cold-Blooded Ravishing Russian Warrior Princess with deceiving pretty look and lethal arsenal of wrestling moves. She can develop her character's manipulative side and to experiment with it, by using the others to help her reach the top. Hanging out with the Iconic Duo of Billie Kay and Peyton Royce in NXT, will help her build this characteristic well. Oh, and we will have a kayfabe International all-women's stable.

REASON #2: TO BRING SOME HEAT 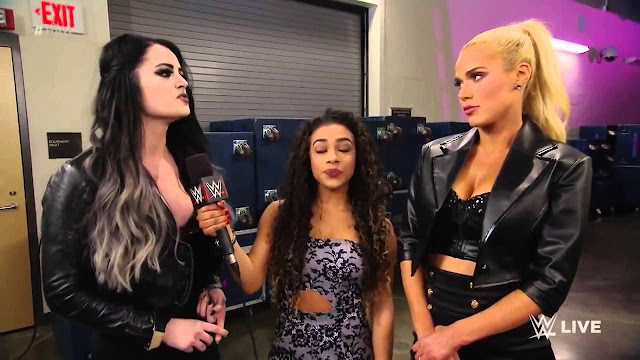 The "heat" is a vital part of every match, storyline or segment development! But sometimes it's enough to have one person who brings it all and Lana is sort of this kind of girl.

When she had these rivalry with Brie Bella and Paige, her presence was enough to make the fans go wild. She was able to rise the interest of the audience with just one kick and to make us all want to see more from her.

NXT is a really competitive space that needs more backstage angles and vignettes related to its women's division. Lana can add waves of heat to the backstage segments. Also she is so good in the interference angles.

As a stunning Ice-Queen like woman, she can get any kind of reaction from the crowd, with an ease.

The real Lana is so emotional and warm as a person, according to her appearance in Total Divas, so there will be no problems to match her with every girl back there in NXT. Her rivalries in there will be well accepted, far better than Eva Marie's. The combinations of matches that you can book her are almost limitless (maybe Asuka, will be sort of too much for Lana, at the beginning).

REASON #1: RE-BUILD HERSELF AS A WRESTLER 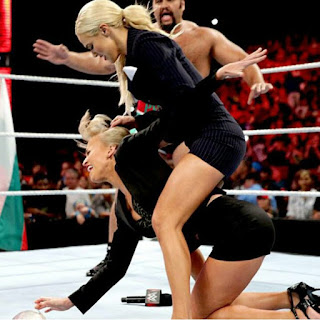 Lana had several really nice rivalries in the past. Her rivalry with Summer Rae, was one of the best as a start of her singles career, but the match between them, wasn't meant to be, because of Lana's injury, back there.

Her promising rivalry with Brie Bella and later with Paige, was the moment when she started to get more and more physical... And she was good at it! Her theatrics and stopping for a moment, right before executing Bella Buster on her rival or her vicious kicks in the head of Paige, after an ambush in the ring... all of this was memorable...

If Lana wants it and feels ready, she can reach far in her career as a single wrestler, and a part of the RAW or SmackDown women's divisions. But the first good step will be her involvement with NXT and her training in the WWE Performance Center. She's got it and she can develop it! Her wrestling talent is sort of natural, and her acting experience is kind of a helper for her evolution, so she needs to step in the ring and execute several nice moves, that will make us ask  for more. With the help of her husband, she can improve and re-build herself as a memorable competitor.

At the end, this is not demotion! I will not stop to repeat that NXT is a sort of a brand for itself. Its women's talents are already established as WWE Top Superstars and many others will make names for themselves, even if they do not leave NXT's roster. For Lana and other rising talents, like the  former indies, NXT is by far greatest place to be, as for beginning, instead of RAW or SmackDown, where the pressure is far greater than in the developmental shows. So it's nothing wrong for the biggest Superstars to have a trip "down there", when their career are stuck in one place!
By S.K. at March 29, 2017