THE WEEK OF WRESTLEMANIA PART 3: NXT WOMEN'S DIVISON AT THE DAWN OF THE SHOW OF THE SHOWS 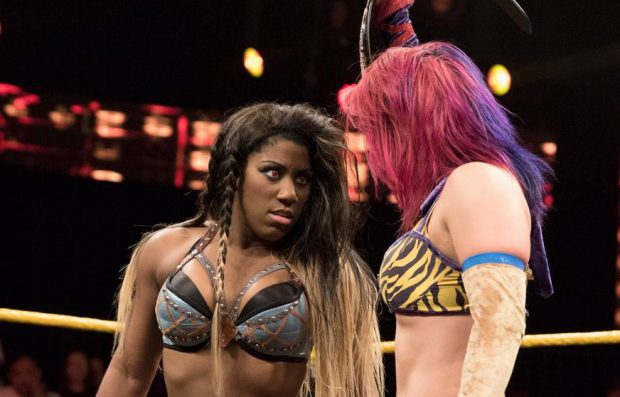 I chant these name with pleasure!

Some of you may decided that we in AWOW are totally forget about NXT TakeOver: Orlando and we don't give a damn about Asuka vs. Ember Moon!

Ember Moon vs. Asuka for the NXT Women's Championship is the cherry of the cake! We are really, really excited to see these incredible, amazing, perfect, talented Superstars clashing, smashing, crashing in a glorious battle, at last!

But, the good news are not ending with Asuka and Ember. Ruby Riot will get her opportunity to teach Nikki Cross, what crazy really looks like! In a 8-person Tag Team Match! I'm so happy for both of them and for the way that NXT shows respect to it's former-indie Superstars. I'm so happy that they pushed Riot, that fast. So happy to see new name in the official roster!

Let's talk about all of them one-by-one! Under the looking glass! 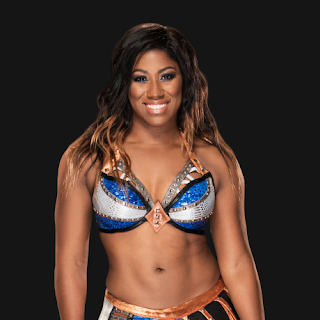 
I want Ember Moon to win the belt!

Come on! She's just great! Her style - mix of acrobatics and power moves is stunning, like her Eclipse! I can't imagine other woman from the current roster, as a Asuka-Slayer, except Moon! I will really appreciate to see her as a winner! She has what it takes! But I have a shadow of a doubt in my heart! No, I am totally at Moon's side, aside from my respect for Asuka, but I think that NXT's official will want to exploit this rivalry...

I have watched a fan-made record, at Live event, of a match between Asuka and Ember Moon! The chemistry was great. Ember stood strong against The Empress. She quickly turned every Asuka's move into a counter. So I have a taste of the TakeOver, and if I was booker of NXT eventually I will make this fight continuous and more heated! The War Goddess makes nice promos, so it will be great to allow her to do more. As a competitor I don't have any notes against her skills and techniques!

But aside from my partly fan-based, partly connoisseur's view and desrires of War Goddess win, I think that she will not win! I hope that WWE NXT's official will prove me wrong, but I had this bad feeling in my stomach, that Ember will wait until her rivalry with Asuka reach its total peak! 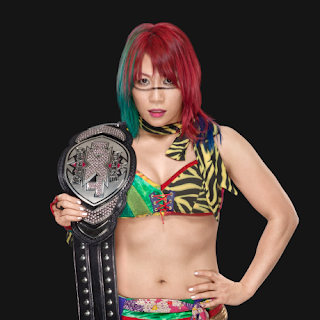 Asuka is... I can't find the correct word! "Great", "amazing" are so week to describe my total admiration of her! She's really is one, in not the best female worker for WWE at this point. Totally dominant! Totally fresh and colorful! She's almost invincible! Almost, because there is no such a thing! Especially in the world of sports entertainment! If Asuak is the Big Bully of NXT's women's division, there is someone who is destined to defeat her - for me and my colleagues, this one is Ember Moon! It will happen, maybe not at this TakeOver, but it will happen!

Asuka's reign of terror becomes really controversial! In NXT, the Women's belt is rarely put on the line at TV taping. Even when Bayley, Sasha Bnaks, Charlotte and Paige held it! NXT is developmental territory, technically, so it's role is to give stage to many of the newcomers, to help them evolve and refine their skills - both wrestling and acting! Actually, you can count Asuka's title defenses almost on the fingers of one of your arms. Her appearances are limited too and last time we saw her she just smash another indie worker.

Asuka is charismatic as a character (and person) and perfectly technical as a competitor. Her biggest con is the slowly developing of her speaking in English (I am not perfect in my English writing and speaking to, but to make mistake between the words "hate" and "fate" - come on!). This one is sort of a funny problem, because everyone enjoys her Japanese screams and funny short-English phrases like "No-one-is-ready-for-Asuka!!!". She compensate this lack of English speech with her indisputable wrestling talent.

Her chances to leave NXT TakeOver:Orlando, still as NXT Women's Champion are more than great. But, her reign become exhausting emotionally! She is dominant, but the dominance becomes boring, at one point (remember Trish Stratus vs. Mickie James at WM 22, when the fans turned on Stratus, after her one year long reign and started to support then-heel James). It's time for NXT's officials and trainers to think about a change on the top of their women's division. They have a perfect candidate for this role in Ember Moon!

Asuka is legacy maker. If she lose in Orlando, FL, she will recover and regroup and will return stronger than ever, for second reign. She's really amazing and I hope at the end of this or maybe at the beginning of the next year to see her in the WWE Main Roster, where her titles awaits her! 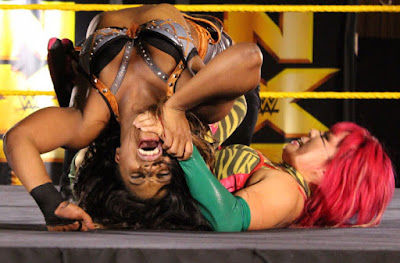 Overview: Both Superstars are more than great. Whoever win at the TakeOver, there will be no loser and it will be the beginning of a new heated rivalry!

I am for Moon, aside from the fact that I am realise that Asuka has a little bit more good chances, to win in the name of the rivalry evolution. But we'll wait and we'll see, this Saturday, prior WrestleMania 33, on WWE Network!

SOME WORDS ABOUT CROSS AND RIOT! 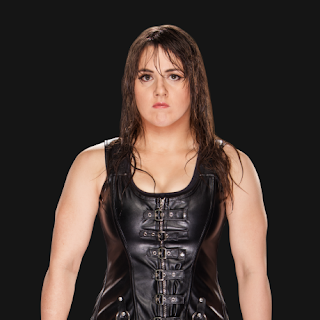 This one is important, too because we finally see some serious statement made by NXT's official - that they respect their new recruits and that they want us to see more from them.

Nikki Cross' character developing is great, these past months. Her wrestling abilities are still to be displayed in their full potential. So it's nice to see her having someone with whom, she really can have a fight in the face of Riot. On the other hand Ruby Riot's debut is a really nice surprise, because her character is totally new for NXT - the woman anarchist, tattooed, rebellious. She will bring a bunch of new fans with her appearance. Fans who can identify with her. So we warmly welcoming her debut! 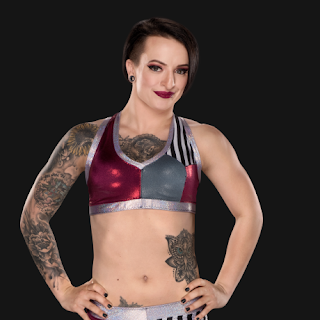 Cross is amazing talent, but Riot is not stepping in front of her too. We are sure that this battle will be sort of spectacular.

The match will be sort of a typically crowded, for this kind of match, and I have some concerns if the both women will succeed to put everything they got on the table, but we have a TV tapping and more opportunities for Cross and Riot to shine on their own! Of course it will be nice if Ruby pin Cross at the show at Saturday, but we'll wait and we'll see!