NXT is pre - taped, but we still can dream about some interesting matches. Bayley and Asuka eventually will sign their contract for NXT TakeOver: Brooklyn 2, at August 20, 2016,  beside that we've saved some ideas for one women's match in the show!

#1. WHAT ABOUT MORE BILLIE KAY 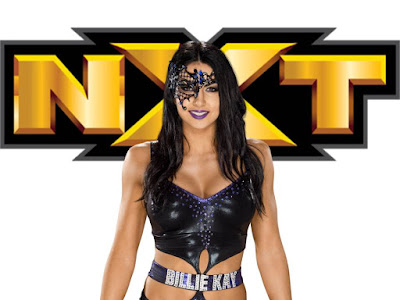 Some push on this talent will not do any harm!

Before Ember Moon's arrival, Billie may warms up with the likes of Liv Morgan.

Billie Kay vs. Liv Morgan! Just for the sport /push/!

With one match they will show us two future top WWE competitors. Liv Morgan and Aliyah deserve more TV time, even as a jobbers. They need to earn more experience and fighting with former indie-top competitors like Billie Kay and Peyton Royce, can help them.

I will enjoy to see more competitive match between Billie and Liv. Morgan improved her skills, with every time she steps in the ring. Her powerbomb attempt months ago, was great. So we can expect a lot from the Jersey zone native.

Billie Kay looks as great option for NXT Women's Championship title challenger. Just for a diversity. Ember Moon soon will be there, but Kay still have a chance to enter the title picture. Maybe her opportunity is that contract signing.  Kay may interrupt it and to declare her desire of winning that title.

#2. WHAT ABOUT ANOTHER DEBUT? 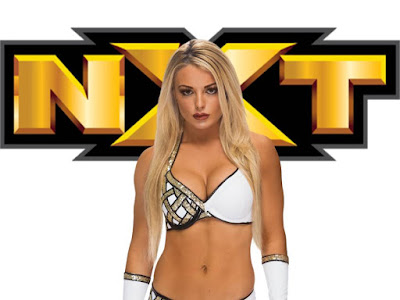 We all know that Mandy Rose is training and competing for her TV debut.

She even had a Dark match against Ember Moon. She even had a taped match where she teamed-up with Alexa Bliss and Daria versus Carmella, Liv Morgan and Nikki Storm. I am not sure that we will see that match, according the fact that Carmella and Alexa was drafted to SmackDown Live, after the TV taping.

It will be nice to see it like the last Carmella's and Alexa's match and sort of  official welcoming of whole new breed of talents like Nikki Storm, Liv, Daria and Mandy Rose. That will be great.

If that not happening Mandy may debuted against Peyton Royce or our other favorite Billie Kay. It will be nice for watching and finally to see what she is learned in WWE Performance Center.

Actually all sights are set on the contract signing between Bayley and the NXT Women's Champion Asuka, their match at NXT Takeove:Brooklyn 2 and Ember Moon's debut! Buuut... meanwhile it's not a bad idea to debut more new women faces in NXT and to broadcast that 3 vs. 3 unique match that involved so many  new talents and Nikki Storm. That will be great and beside that, there is a lack of women's tag team matches "Down There".
By S.K. at August 05, 2016