AWOW CLOSE AND PERSONAL: STEPPING OUT OF THE GIMMICK. RANDOM TOPICS

You can skip that, because it's really emotional, close and personal (as it was mentioned) and real talk! It's still about women's and not only professional wrestling, but I made several references to private views and feelings.


WE ARE AGAINST BULLYING AND HATE

I hate to engage in physical confrontations. I never was the type of person who will grab someone for the hair and punch her/him in the face. I am more philosophical and psychological, empathic, humanistic oriented. I dreamed the violence to be just a TV spectacle, where well-trained athletes, execute, perfectly worked spots. To be only a professional wrestling show!

We wish it to exist only on the screen! Idealists, we are, aren't we?

Sometimes I can't understand my passion for wrestling. It didn't fall down the scale even when I learned that it's mostly well scripted...no, my passion for the storyline, learning the terms and mechanism of the business, grew bigger and bigger every day! I was amazed of the fans reactions, of the way this business evolve from a circus side-show to sports entertainment for billion dollars, with its glamorous huge promotions like WWE, GFW, ROH, and Lucha Underground, to its small charming and old days spirit keepers, small promotions with amazing capacity of talents like CZW, EVOLVE, WSU, SHIMMER, SHINE and more.

It's a magnetic and complicated show, that displays a lot of the real-life situations, sometimes via comedy skits! It's symbolic and reflects issues from our everyday life as well, in it's show-bis manner. It's an art!

SO INTO WOMEN'S WRESTLING AND BOOKING

I enjoy watching a good match, to see how it's built, how it's grading. Even to see mistakes. When I watched NXT Breaking ground, my respect for the WWE and all of the wrestlers worldwide raised to the maximum heights. I always enjoy watching the Superstars training, working and devoting themselves to something they love. Respect!

Sometimes we are sitting and write our own booking strategies, that we love and we dream to see a lot of the matches happening. To create storylines and build rivalries. It's exciting and we love this creative process. I am not hiding that I will love to be a booker for any promotion, but the problem is that I don't want to leave Europe, at this point  (come one, we have Skype and Facebook)! No need for more expenses!

The women's wrestling has always had a special role in my almost 20 years watching and following of WWE and some others. My first match - it wasn't something big, but it was my FIRST,  saw Lita teaming with Chyna to face Molly Holly and Ivory. At the time, Chyna and Lita were booked to face each other at No Mercy (no it was Judgement day) I think for the Women's title, which was really great and the last match for the Ninth Wonder of the World!

I loved it! It was simple, but it told a story - the Champ refuse to tag in letting the challenger finishing their opponent (of course Chyna was forced to enter and punched Molly and Ivory, at one point of the battle, to help Lita). Really impressive and that was four of the most talented women, in there! 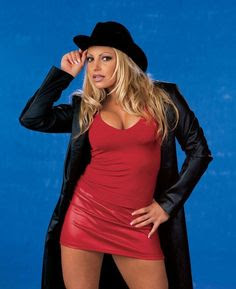 If I had to be honest, I first saw Trish Stratus (2000-2001), with her cowboy hat and blond hair, in a crowded segment, with a lot of Superstars surrounding the ring and then I asked: "Who is she?". Later when I saw some pictures and matches, somehow I knew that she is going to be a great then-Diva. I think that I have predicted many female Superstars success for myself because their talent can't be underrated - it was obvious even for a green fan like me, back there.

The women in professional wrestling are something really special - not because they are sexy. Forget about sexy! They are the spicy element, that embodied the empowerment and their rising at worldwide scale is just amazing and well deserved! Because they had to work even twice hard than men, to be noticed and allowed to the do greater stunts. They are my own inspiration, from favourites like Melina, Trish, Lita, Paige, Emma, Ivelisse, Ember Moon, etc to some controversial even to me, but 100% respected like Nikki Bella, Stacy Keibler, Ashley, Kelly Kelly, etc. They were there for me to raise my spirit, when I was down, to take me away from my troubles.

That's why AWOW exists! Because of my respect, gratitude and ...LOVE for these amazing women in- and out- of gimmick!

CRITICIZING WHAT WE LOVE THE MOST

Our respect and admiration for every promotion out there is far from doubtful. Sometimes it looks like we are attacking the likes of WWE, or GFW, or Lucha Underground, but it's just our raw criticism about something we love! Sometimes our view and feelings about the booking are too extreme, but we want to be honest about how we feel and see the Stars and promotions we follow and love.

WWE will always be the #1 for me. They are not just big and rich. They are standard for wrestling in the USA. Sometimes, they really upset us with their decisions (like releasing you know-who-Velez) or messing with storylines and gimmicks. They are our first and biggest LOVE and we are kind of more harsh and demanding to them.

SHINE is one of our other soft-spots! It's a young but very promising and all-about-opportunities promotion. They have a really great roster and the potential to be great.

GWF! Impact Wrestling! TNA! We followed the Knockouts, we still follow them. I remember that there was a time when I preferred to watch Velvet Sky, Angelina Love, Taylor Wilde, Tara, Mickie James, Gail Kim, ODB and etc. competing than to watch WWE matches. They even steal the show on several occasions, presenting a steel cage, ladder matches, long before WWE was daring to even think about it. We still have our respect for them!

We criticize what we love and respect, not to bring insult, just because we are shocked or unpleasantly surprised by some of their actions and we prefer to share it raw and honestly than to pretend that we agree! Sorry if sometimes we are sounding soo rude and if we insult someone, but we live with our professional wrestling and women's wrestling passion, for nearly 20 years and we are sad when some things are happening in a bad way!

We are not pleased with Lucha Underground's Intergender matches 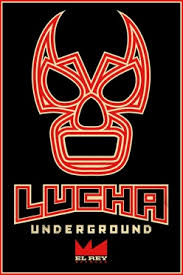 No. That is not correct! We do not agree with the idea that Lucha Underground is presenting a real women's revolution, by booking women to lose or win intergender matches. We think that the women's revolution is all about any type of women in wrestling, to get the respect and the equality they deserve and helping each other to reach that goal. They must step out of the shadows of male wrestlers and show that they can do better, by themselves.

We have said it before: Man beating a woman, or woman beating a man is not about equality. It looks more like a humiliation for one of them. Yes, there was that epic episode with Pentagon Dark vs Black Lotus Triad (Including Kairi Sane and Io Shirai), but even then it was kind of brutal. The women of LU are strong and empowering - they can humiliate men, but if they want a strong division they need to find a way to work more with each other.

I will not recognize LU as women empowerment until they are not creating a stable women's division and most importantly a women's title! Until then, they are the company with a really great background, really fresh shows and really amazing women and men in their roster, and nothing more...Respect!

We Hate Paige... and wish her harm by the hands of Nia Jax 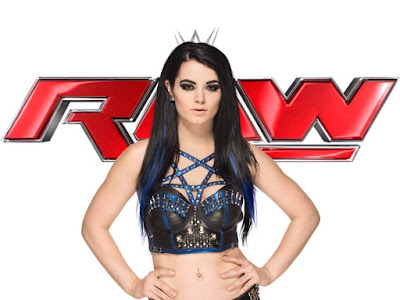 Ha-ha-ha! We don't have nothing against Nia Jax "teaching" Paige a lesson or two... and vice versa!

I'll be totally honest about Paige! Paige is someone really special to me, even without her knowing it! These days I am so tired of reading about her relationships with Alberto Del Rio El Patron, reading about her amateur porn scandals, reading about suspensions and how she will not return to WWE! These days I want to scream in her face if I see her "B*tch, get yourself together and return in that WWE ring! There is a Hall of Fame spot and more legacy for you to accomplish in there! Don't be stupid! If your love to your man is that strong it will survive everything, so stop fooling around and come back home!".

If some entity comes to me and tells me "I'll give you the chance to experienced 5 female wrestlers, success, to walk in their shoes for a while!" Paige is the first of my choices. I know what overemotional and aggressive means. But I really admire her strength and wrestling talent! I will want to accomplish more and in spite of the haters, I will push hard to revive my career in WWE, because it has a lot of potential!

It's normal for me to be angry at her, but she is still someone I think every week when I write an overview about WWE's show. I admire her and I think that she is one of the best in the world and I think that WWE is the grandest stage that can fit her mega talent and display her full potential!

Secretly we are hating MYC because they didn't include Deonna Purrazzo as a contestant, instead, they used her as a replacement 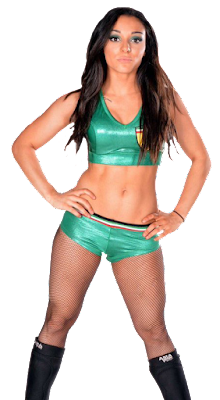 Hm! I was kind of disappointed and I share it, before the show started, that I wish Deonna to be involved, representing Italy - when you have International tournament, you hope to see more contestants from other countries, not 17 Americans from total 32 women!

But! Read it and remember it! We have never had any doubts about how important and valuable is this historical tournament not only for WWE! Its impact is even greater! Yes, they might have used Deonna, Tapa and Nicole Mathews, respectively representing Italy, Tonga, and Canada. I think that they should make flags slides dedicated to the replacements and injured from all three tournaments, even to add their profiles to the tournaments pages. But after all I have been waiting for this tournament's TV broadcast, and now I am more calm about the topic!

I enjoy every participant's appearance and think that the tournament is great in this form with these 32-special women from around the world and WWE Performance centre! So, no WE DON'T HATE MYC!

We are not forgiving and forgetting about Ivelisse's release from WWE

Yes, this is the only thing that we are not forgiving and forgetting for real - Ivelisse release from NXT! We also can't swallow the end of Melina's WWE career - we still hope to see her back home, fighting Mickie James. We also can't miss adding our disappointment of them not signing Taeler Hendrix, Santana Garrett, Mia Yim and maybe Leva Bates. We think that Deonna Purrazzo, Tessa Blanchard and Rachael Ellering, still have a chance to be part of WWE, at some point.

But Ivelisse's release is our top, bitter feeling, that I, personally can't forget and maybe can't forgive! Sorry! The story is so controversial and still painful!
By S.K. at August 30, 2017