THIS CAN'T WAIT FOR THE THURSDAY'S OVERVIEW 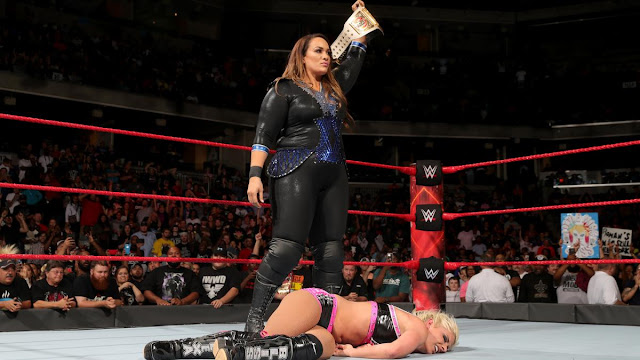 How do you feel about your new Raw Women's Champion?


Alexa Bliss prove her theory about Sasha Banks Title Defense Flaw! I don't know if they are trying to revive the title exchange between Charlotte and Sasha, this time involving Alexa, or they will make a twist and this time we'll see someone else stepping in the title picture!

Well, we had some unwilling thoughts about seeing Jax or Banks as Champions, because we thought more diplomatically, about someone else, who is faraway from the WWE and any title's picture. Today, seeing the video of the last eve's RAW I think that I can reconsider my views.

I would like to see Nia Jax in the title picture! Even in a Triple Threat match for the belt! It will be really interesting and something really different for a while. Because Sahsha-Alexa-Bayley, became sort of a exhausting for everyone and it came to cost babyfaces positive reaction and respect for their characters! It was logical for Nia to step in and to do something for herself in this division. To stop being Bliss' protegee and bodyguard, but to enter the ring as a serious challenger! Way to go, Nia!

There is nothing wrong in match between Heel vs. Heel! We know that the foundation of the wrestling business, the major storyline the Good vs. the Evil! Simple, eh?! Well the things are never just simple! Even in WWE! So, I can't wait to see their next move!
By S.K. at August 29, 2017