MAE YOUNG CLASSIC EPISODE 01: THE DOWNFALL OF THE ALPHA FEMALE 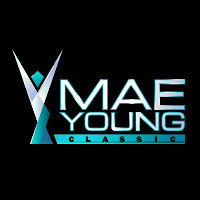 The first four episodes are available at WWE Network and the opportunity to see everything with your eyes is available for every fan!

I am not disappointed! I think that this is really good presentation, according to the time limit of the first round, for the two days pre-taping! I enjoyed every moment and I was happy to see that the audience in Full Sail University was supportive and enthusiastic! 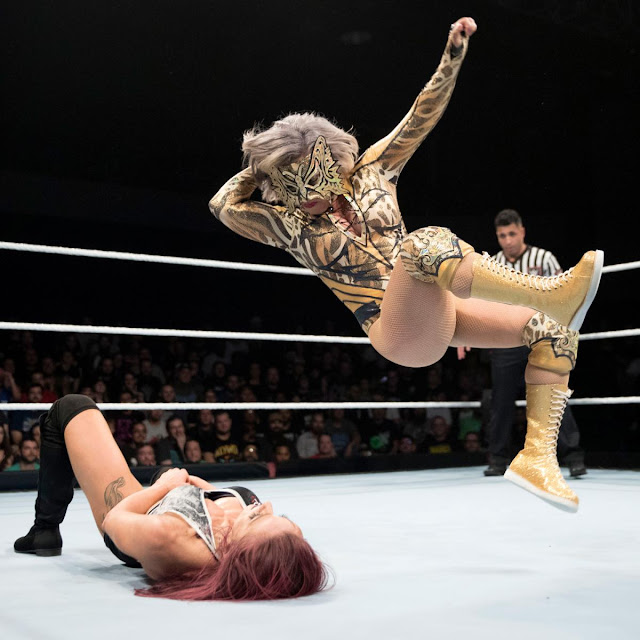 ROUND 01
MATCH #01
KAY LEE RAE VS. PRINCESA SUGEHIT
...OR WHEN THE EXPERIENCED ONE TAKEOVER THE DAREDEVIL


When I first read the result, without seeing the match I was kind of shocked 'What? KLR lost it!'. When last night I watch it, I was totally persuaded that it was meant to be this way!

Both women were well accepted and warm welcomed by the FS University's crowd. Of course at the beginning they stood behind Kay Lee Ray, who was the familiar one. We started with a handshake - the handshake is kind of preview, who is the heel and who is the face. Kay Lee Ray entered this match as a tenacious heel, while the Princesa was the old school face.

During the course of the match everyone was assured that Sugehit is not a Luchadora joke and that this woman is not CMLL Superstar / Estrella for nothing! Very technical and tricky reversals, beautiful headscissors takedown. Sugehit was everywhere in the ring, didn't allowing her much younger opponent to breath.

Kay Lee Ray was rude, she had her moments too, but her opponent was too well prepared! KLR put really good offense, but her mean streak wasn't meant to win. After a beautiful Gory Bomb, that was able to end it all, the Scottish Daredevil decided to finish her opponent with Senton from the top rope, that ended in  missing the spot and kissing the ring.

Princesa Sugehit grab the oppoertunity as she did all evening, and locked submission on her fiery rival, forcing her to tap out! Really good technical beginning of the show and the tournament! Princesa Sugehit continues to the next round! 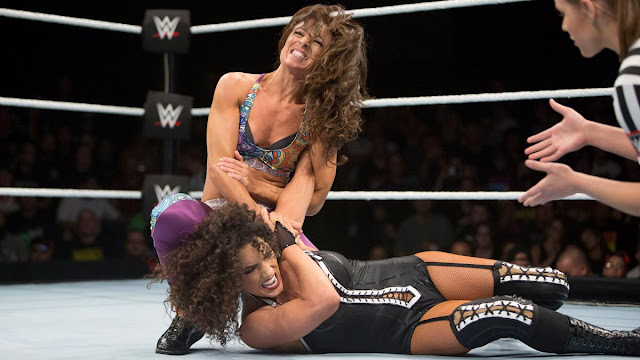 
While the promos of the first match were usual, in the second we saw more strictly presented heel who wants to dominant, despite her limited experience and the sad story of the journey and mistakes of a babyface. I really needed to see that match and to see that Vanessa will do her best. And actually she put a good stand to the iconic Deeb.

At the beginning we had Naomi showed up in the audience. Serena Deeb was warm welcomed back. Vanessa Borne received kind of mixed reaction - she wasn't booed, she was kind of distantly greeted. Come on she is a NXT homegirl! They shook hands and the battle begins!

It was a battle for power! Who will come out on top and it was nice built. In match like this the experienced one is helping those who had a limited experience and Serena Deeb was there for her opponent. Borne answered in a great way. They had a lot of submissions exchanges, corner chops, headbutts. The crow started to totally support Serena, even when she was smashed by Borne, who dominated at some point.

Deeb executed nice Neckbreaker, then she attempt for her signature Fireman's Carry Gutbuster ( a move which won her debut and only match in WWE against Kelly Kelly, in mixed tag team action, years ago). It was kind of botched... but then the drama reached its peak when she tried to execute spear, unsuccessfully! Then Vanessa did amazing Swinging necbreaker, that made the audience to say 'Wow', later she tried a fallaway slam, but despite her near falls, at the end the experienced Serena nailed her Spear, after a rope rbound, for leverage and took the win.

I know that many people will say that they expected more and bla-bla! For me Vanessa Borne (she's not Deonna Purrazzo, but she nailed it) did her best and it was interesting match. Serena was in her top shape and did many great things to elevate this match. The match was good and well worked. I enjoy it and I want to see more from Vanessa in NXT. But now we must concentrate on Serena Deeb who continue her path to the next round! 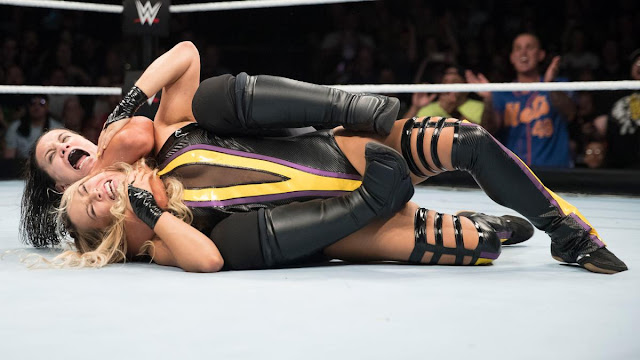 We know from her early promo that Zeda had a lot of troubles in her early ears, by being bullied, homeless and wanting to be a hero. The multi-talented WWE PC signee, won  my sympathy. Baszler - well, she portrayed the bully on 100%.

The crowd loved Shayna Baszler and welcomed her really warm! Zeda entered with nice reaction of support, that didn't matched the reaction for the heel Baszler. The Queen of Spades refused to do a handshake and the match begin with the two women exchanging submissions and hits. As former MMA competitors both were interesting to be watched. Zeda was able to push Shayna Baszler in the corner and to execute a really elevated Monkey flip, that looked like doomed, before the small, blond Chinese representative execute it, perfectly and covered for 2!

But Baszler's strength was power to reckoning with! After amazing slam she locked her  Kirifuda Driver to Zeda, who was no where to go and tap out. The match was short with some drama in it. I really appreciate Zeda's attempt to dominate early. For me Shayna Baszler is just a bully, bully who won a physical combat, but not the moral one. Of course Ronda Rousey and the rest of UFC Horsewomen were there laughing all the time, when their buddy hit a move and hugging her post-match! The match wasn't my pick for the best of the evening. 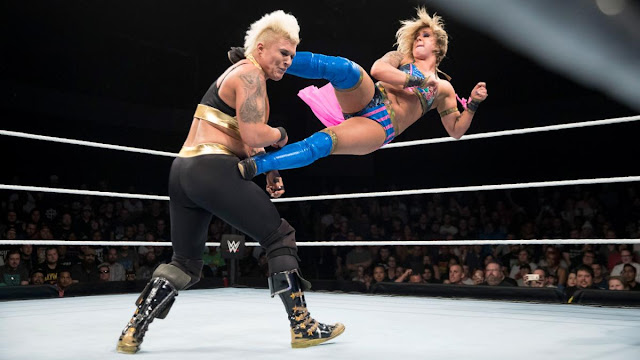 A really great main event match for the episode. The public was behind the Abbey Laith, but they didn't miss to show their amazement from Jazzy Gabert.

The handshake was one in a million. Gabert just pull Abbey close to her face and then let her go. Laith started in desperate attacks, screaming against her opponent and another jump on in the fight. The public became divided in their support as the chants for Laith, were still persistent. But you can't be indifferent in front of an amazing talent like Jazzy Gabert. She locked some submissions, made a good hits and throws. At the peak of the match Abbey executed perfect Diving Senton from the top rope, just to be almost decapitated by Gabert's Clothesline.

At the end, besides the German Suerstar domination and power, Abbey was able to roll her large opponent into Alligator Clutch pin (she adopt it from Mae Young) for the 3 counts and win, that secures her participation in the Second round! As for Jazzy Gebrt - I think that we want to see more from her in WWE and we hope that her promise, that this is not the end will become true!

The episode was strong, but you have that feeling that everything is in rush! An it's logical, because we had a time limit of 16 minutes. You know- there were all 16 matches recorded in one day, so they must be hurry and they had a time to allow the grading from the first match to amazing main event of the episode to happened - strong opening and stunning ending!

The crowd was really supportive of everyone. Of course they stood behind the well known faces, but they clapped and welcomed the newcomers to WWE with politeness. I think that many people have overgrowth the gimmick only stage and now are willing to see more athleticism, more well build matches, that tells the story even better than backstage segments, and this is what happened!

I enjoyed the episode. Enjoyed every single woman appearance. I hope to see more from Vanessa Borne, Zeda, Kay Lee Ray and Jazzy Gabert in the future, because even eliminated, they were really great. As for the forth women, who won the first round - let's see  what awaits you ladies!

We decided, collectively to made top 5 picks! If it depends on me I will pick all eight women from that episode! But we decided to pick our top 5! 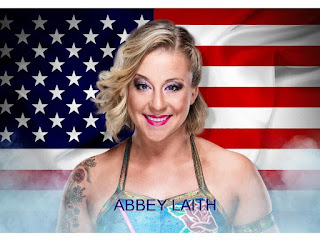 Abbey played her role great in the main event, and even the fact that we were curious, after we read the results, after we watch the match we are sure that she deserved her victory. We hope that her career in NXT will be great and we think that she is a good Champion material. No matter where the MYC will lead her, we are sure that this one will give us a show we want! 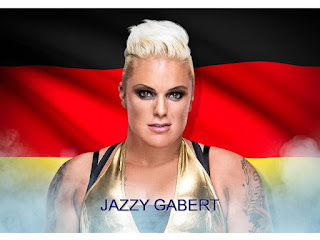 We think that everyone will agree that both Main event women from Episode one deserve to be charted here as a picks! Jazzy is MMA and pro-wrestler, really out of the typical 'Diva' stereotype, something fresh and really new. I think that she will fit well into WWE Performance Center and she will do a great things with other NXT standouts like Ember Moon, Nikki Cross and Ruby Riot. I really hope that WWE and Jazzy will not throw away the opportunity to do great things together! 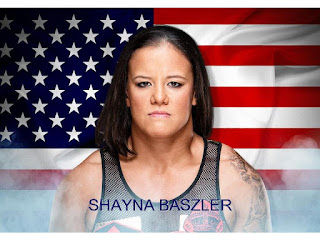 I hate bullies! Yes, Alexa Bliss is verbal bully, Charlotte was verbal bully, but Shayna Baszler is embodiment of the real physical bully, with her UFC clique! As long as I don't like it, me and my colleagues in AWOW, can't miss to show our respect to her wrestling skills, domination and strength!Baszler is someone who really did a full transition from MMA to professional wrestling and we have the feeling that WWE will use her talent for future storylines and matches, because she deserve it! 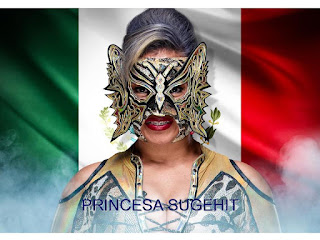 The Mexican CMLL sensation was a really good surprise for everyone. She stand as a moral and physical winner of her match, thanks to Kay Lee Ray's heel rudeness. I really can't wait to see where her path will reach into the tournament (😉)! She is really impressive and she left a good impression as the first real Luchadora, to ever compete in WWE. Really talented and joyful competitor for watching! 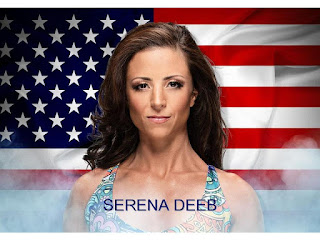 31 years old and retiring! It's nice that Serena Deeb is making an exception of her retirement for two days and went back to WWE, to participate in something historical, like MYC. I am more excited that WWE started to bring the right of retribution to its former talents, who were relesed due to personal problems in the past! We saw Brian Kendrick, Jeff Hardy, etc returning and re-establishing themselves. I am happy to see this happen with female wrestler as well! Serena's honesty worked really good for her and it's nice to see WWE appreciate it, accept it, maybe taking notes. Serena's victory wasn't just a simple match against PC's trainee. It was a really well deserved return, even for while and paying a tribute to her iconic status!