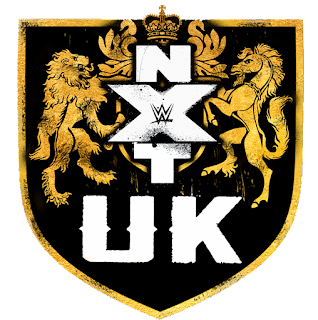 I have trouble following the WWE NXT UK women's matches. It's pure torture, because I love that division. Looking at all of them, I can see potential champions in every single one of them.

Actually, thanks to the pre-tape spoilers, I knew what this week match's were. Also I knew who would face the debuting Piper Niven in her highly expected and hyped in-ring debut. But I won't spoil.

Also I am excited about Jinny's title shot! Don't tell me that you don't remember her match against Toni Storm at Mae Young Classic last year! I think that this time we will have even better fight.

I watched the last week's events and I was impress with the build up. So come on, let's head to NXT UK and check what happened.

Actually, last week KLR threatened Isla Dawn backstage, telling her that she 'might be next'. Before that Kay Lee Ray stated that she is not there to make friends or to ally herself with fellow Scotswomen like Dawn and Niven... Really nice segment.

So, this week The White Witch was the NEXT one to face the Scottish Daredevil in her second match (Candy Floss had 'the luck' to welcome KLR in her NXT UK debut).

Look guys, Isla Dawn is serious competition. She is not only look and charm. I remember watching her take a stand against Rhea Ripley and even defeating 'La Cicaria' Ivelisse Velez in an indie match. She is not a rookie! Last night's episode proved it. She really made the feisty Daredevil work hard for her money. I can only praise her style and talent...

But Isla Dawn wasn't meant to slay Kay Lee Ray! KLR is on a roll. I am 101 % sure that this will take her into a title match soon. Ray had some really tough, kind of primal  moves and hits, that made me go 'Wow' (despite the fact that I clapped all through the match, when one of the women made a great move). She is destined to do great things in and for WWE NXT UK (not without her fellow female competitors). I just can't wait to see what's next for her (Nina Samuels or Jazzy Gabret?).

Overall I can say that the match was totally amazing and it follows the bar set by previous women's matches. Now we can concentrate on Piper's in-ring debut and Jinny vs. WWE NXT UK Women's Champion Toni Storm, title match.