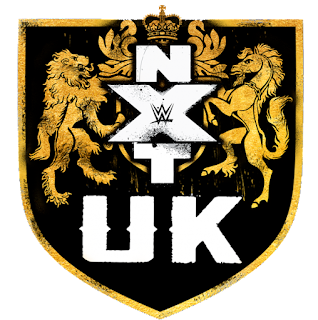 For me, WWE NXT UK is quickly developing, amazing brand/project. After they fulfill my fantasy booking dreams and hired Jazzy Gabert, Piper Niven and Kay Lee Ray I can say that they have reached the perfection. Maybe they could add one Candy Floss and Tegan Nox and they will go beyond perfection.

Last night, Ripley vs. Niven got indirect development and we saw one stunning USA talent debuting for the brand.

I really can say that it's going in the right direction with its women's division. 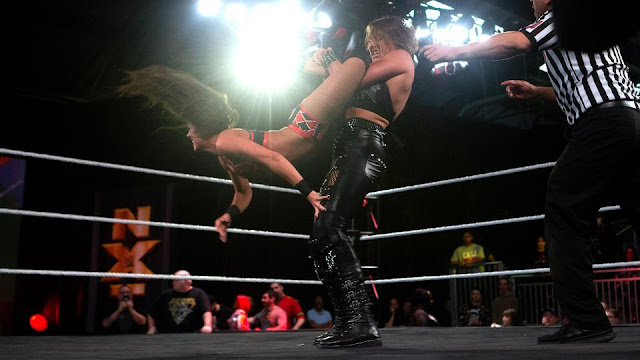 You need to watch it!

I will talk about the competitors and the idea of the match.

Let's start with Kacy Catanzaro who proved to be an athletic and quickly adaptive to the in-ring action Superstar. I always have this drop of prejudice when WWE brings someone who doesn't have any indie wrestling experience or it's limited to one-two years only. It's a bad association with the Divas Search era, despite the fact that many girls from that era evolve into a great then-Divas. But Kacy Catanzaro really rocked my and many other worlds! Since MYC 2018, this young woman is bringing unimaginable agility, athleticism, and entertainment in the ring. Look at her Royal Rumble appearance, at her stand against Shayna Baszler. Well, her match with Ripley, that MYC rematch suitable for the WWE NXT, was set to keep her busy and on display, as well with another idea. It's nice to see Kacy working and I really hope WWE NXT to allow her match against Baszler, as a form of retribution, for Baszler & co. attack on Catanzaro and Lacey Lane, over a month ago.

But last night The Mighty Kacy had to face an old MYC 'friend' in a really bad move. Rhea Ripley really nails it with her gimmick. From her appearance in inaugural Mae Young Classic to her debut in NXT UK and participation in the second MYC -  she made a total transformation into a bad girl. Last night she was angry and ready to destroy. Catanzaro was the 'lucky one' on the receiving end of Ripley wrath.

The inaugural NXT UK Women's Champion, entered the match with the idea to send a brutal message to Piper Niven. I think the message was received.

The build-up for a match between Niven and Ripley continues and I like the way it happens. I anticipatingly wait for that epic clash. It's well planned.

As I said up there Kacy was here to present herself and to help for the future development of a rivalry. I hope to see her more involved in WWE NXT's programming because she is great.

Rhea was ruthless and solidify her evil character again.