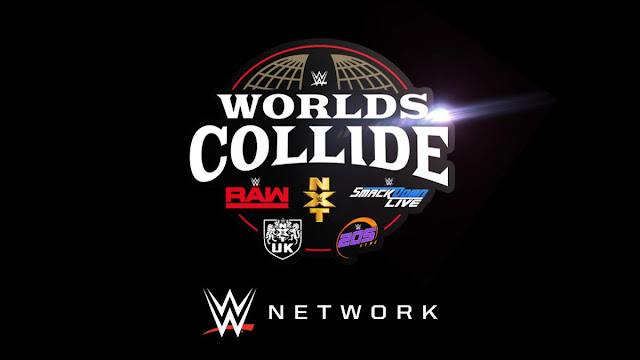 An epic collision of all four brands women's divisions.

This is how you can describe this event. Raw, SmackDown, NXT and NXT UK put a show that you might never forget. 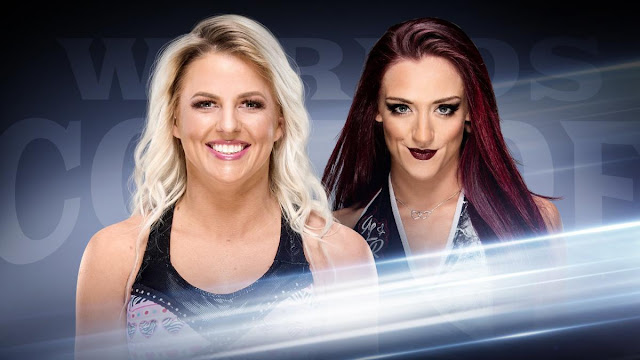 This one that opened the show was a really great presentation of what we can expect from the card.

Both women are famous indie-workers with their solid wrestling moves-sets. It was a pure pleasure to watch them. Suicide dives, suplexes, kicks - it was a really stunning performance that made the crowd chanting 'Women's wrestling!'.

Kay Lee Ray stood strong and technical with some really good maneuvers performed. She dominated aggressively and with confidence at the beginning. As we know she is undefeated in NXT UK and there is a reason for that. She is really into what she is doing. 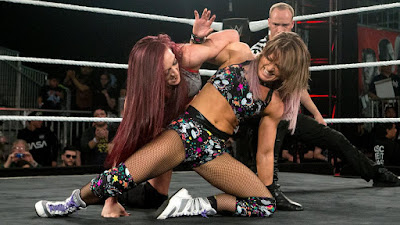 Same for Candice LeRae, who I am glad to say is being used properly from WWE these days. I am really into seeing her reaching to WWE NXT Women's Title shot, but for now, she is keeping her momentum, earned in the last few weeks. I can say that she and KLR were totally fair opponents. Her three consecutive Suicide dives, the suplex from the ropes as a transitional move and the finish with Quebrada were just enough to earn her victory and secure her position. 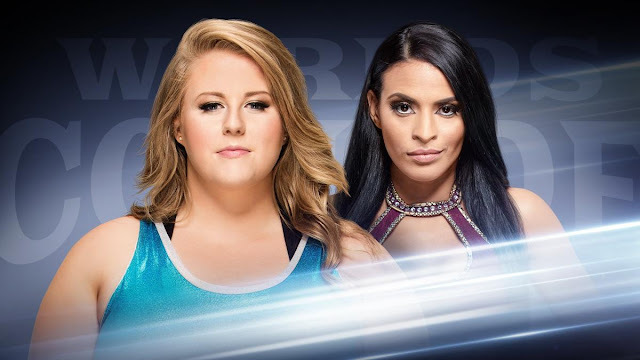 You have another pair of former independent iconic wrestlers mixing it up in a unique battle of sizes and techniques.

Zelina Vega (who is back on SmackDown Live with Andrade) is someone who has a real talent for wrestling and most importantly a lot of devotion to the in-ring art. Of course, her heel character predisposes for dirty tricks and tactics, but staying in front of a larger opponent she doesn't have much of choice and against all odds, she did a lot of interesting moves, driving  Piper into the corner. It's a pleasure to watch her work. 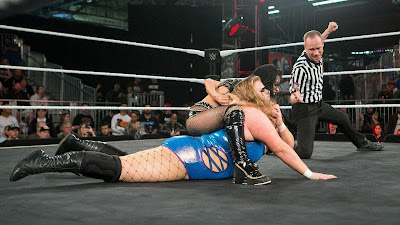 Piper, on the other hand, is unique in her offense - her sentons and crossbodies are something really entertaining and that woman knows how to sell moves and take serious bumps. She is so natural, so charismatic and so talented that it would be a crime not to see her winning some gold. In this match, she put her powerhouse stability and add her usual wow-moves. She nailed her opponent with a clear finisher (Michinoku Driver) just to prove that she is here to dominate, it doesn't matter where. 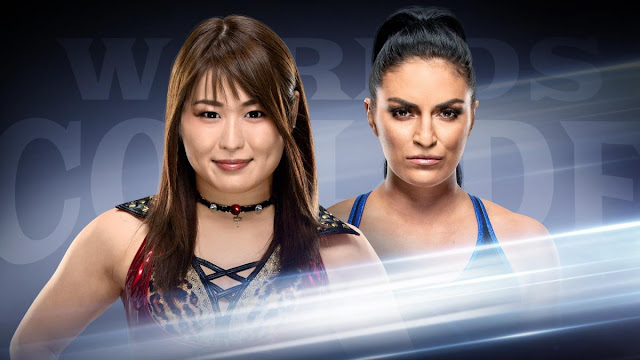 Now, this is what I call a BIG Push!

I like how the audience was divided at the beginning who to support and at one point they were behind The Genius Of the Sky (as my fan self).

For me, this was a little bit of shocking.

Io Shirai was great as always. She took some hard bumps but overall her flying, quick strikes were on the highest possible level. That woman put the word 'missile' in the name 'missile dropkick' and she doesn't need the ropes to do it in a stunning manner. And that 619!!! She was really ready to be a winner. 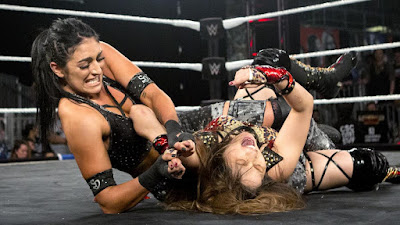 Sonya Deville is another Superstar pointed as the Future of WWE. The rumors say that the creatives are preparing her for great things and eventually, the greatness starts from here. Deville's style consists of quick and powerful strikes and dangerous kicks. She could be very dangerous if her opponent underestimates her. She just capitalized on Shirai's mistake! Great statement. 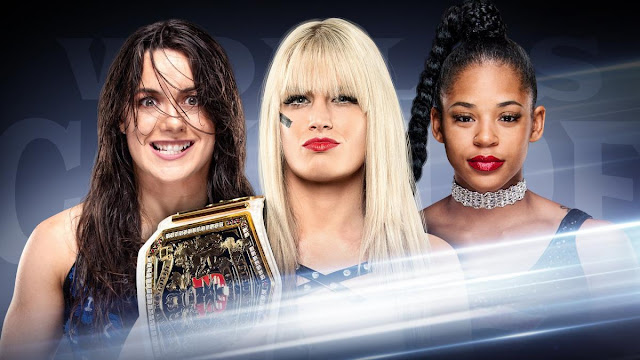 An epic finale of the show!

From who to start?

Bianca Belair. The stable, solid player who brings balance in the match with her mixed style based on powerful moves and high-fly maneuvers. I really enjoyed the idea that put her in this title match. Belair really got a momentum these past months. She is really kind of wild card in any title match. Combine all of this with her charisma and confidence in and out of the ring and you are getting a full package of ESTs. Superior who dominated at one point, threatening to dethrone Storm.

Nikki Cross was her usual unhinged-self. Man, that role suits her well! She's really someone who can entertain you with her craziness skit and throw a move that will shock you, at the same time. Her involvement means the world for many of us. She brought the chaos in the match. 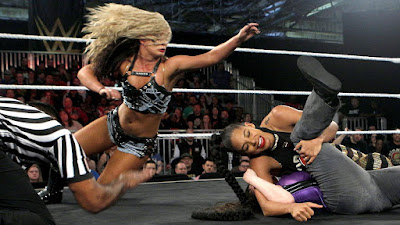 Ending it all with Storm Zero on the ready to score a pin Nikki Cross. That's how Toni Storm was able to defend her belt in this highly competitive match. After putting a good stand against the challenges and took a lot of bumps, the amazing Aussie was able to catch the moment and to ensure that the NXT UK Women's title is not leaving its home. Toni got her moments where she was able to take some control over the situation, during the match, but it was a hard task overall and this one for sure will be one of the most memorable victories that solidify her as a title holder.

Now I have a second dream to my first one!

To my wish WWE to create an All-Women Show I am adding the dream of more Worlds Collide editions, in a different amount of time - like before or after every Main seasonal PPV!

I love these matches. I think that these four were great as booking and interesting to watch. The idea to put all these Superstars against each other was brilliant.