CAN SHE DO IT?: ABOUT TNA'S NEWEST KNOCKOUT 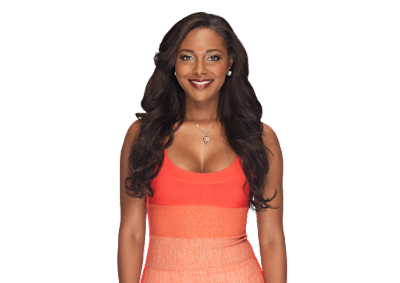 Maria Kanellis-Bennett had a really bad night at Bound for Glory!


But who is Brandi Rhodes? Why does she decided to become a wrestler, after a long time broadcasting work and ring announcing?

You may say that we are little too late with that article. That she's a Knockout now and we must wait to see, where will her rivalry with Maria will take her. No, it's the right time, when the noise and news and gossips surrounding her signing with TNA are quiet, for a while!

Better known as Eden Stiles in WWE, that lady was a part of the broadcast team, before married Cody. According to our information, Brandi had only one match in FCW. She was concentrated on her ring announcing and interviewing jobs.

When you watch all that amazing young ladies training to be future Superstars, there is no way to ask yourself "How does it feels?". Well, WWE is too strict with their training policy and they don't love to give anyone just a try. For example, Devin Taylor wanted to transform from backstage interviewer into then-Diva. The girl wasn't bad and really enjoyed to work on the ring as a competitor. Poor Devin went to Sara Amato and told her about her desire to compete in NXT. Then they decided that she didn't suits them well. She had some injury and bla-bla, so they decided to "release" her (all of this can be seen at WWE Breaking Ground). Come on! Many men and women superstars returned after serious injuries and no one told them: "No, Lita (or whoever it is) you can't wrestle because you neck was snapped in two and we are afraid, that despite her desire, we didn't want you to get harmed again!". Lita get her mouth almost broken in her first match after the injury!

They don't like infamous people, especially women, to give them ideas. They always said how bad as a wrestler was Aliyah or Devin, without helping them to become better. Maybe seeing all of this Eden didn't insist to become wrestler.

I always said that desire is very important for wrestling. We have dosens of beautiful girls who reached the main roster, showed themselves once or twice and then disappeared, having an appearance in RAW or SmackDown! in their CV, while other girls, really talented or really wanting to compete are pushed aside and released, just because the writers and the staff had a lack of ideas.

Now Brandi Rhodes will try her best. She may not be perfect at the  beginning, but with time she may develop her in ring abilities. Maybe not. But the most important part is that she wants to try it, not because she may get more fame and she may be invited in a Hollywood movie. She told in a interview with Josh Matthews (former WWE Employee, too), that she wants to compete and she is amazed by the good TNA Knockouts division.

We wish her luck!