IS THIS THE BIGGEST CHALLENGE IN HER CAREER? 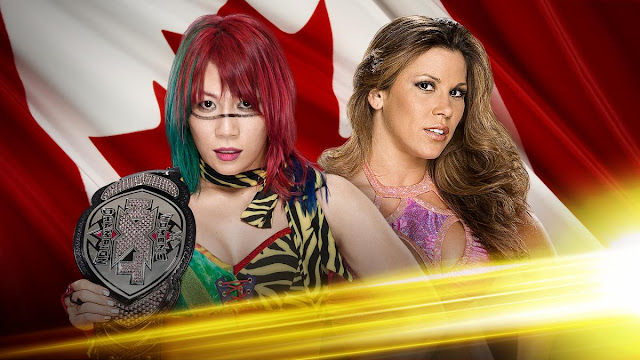 What an amazing way to start the day - with a GREAT NEWS!

After a week the shining of the Women's Hell in A Cell match for the RAW Women's Title was almost "killed" by the disturbing news about Paige and WWE's back and forth war, this one is coming to bring the greatness, back!

It's not Hell in a Cell, but it's very promising and really, really surprising (congratulations WWE NXT creatives)! After weeks of speculations about who of the former then-Divas will returns to WWE, to see this article in your WWE.com news feed looks more than amazing, great and whatever you want to call it... I just can't find the words to describe it.

The announcing article is great. It mentioning Asuka's dominance and take a quick flashback to Mickie's amazing 17-years wrestling career. They mentioned her toughest fights against Beth Phoenix and Trish Stratus. Here we can add her matches against Victoria, Melina, even Maryse.

If Mickie James returns for more than a "one night stand" and joins NXT, that will be a needed revival of that amazing women's division. NXT's women's locker room slowly recovers from the Draft of Bayley, Nia Jax, Alexa Bliss and Carmella to the main rosters. Billie Kay and Peyton Royce finally get together as allies, Ember Moon slowly is rising, Nikki Cross shows-up, but that doesn't change the fact that Asuka is still the dominant one. The Empress of the Tomorrow's WWE Women Superstars! Mickie's return will be the long needed veteran energy, that will bring a ground-breaking-world-shaking kick-off of that division. Just if WWE NXT and Mickie James sealed the deal and make her appearance permanent for a long-long time.

Asuka! Asuka may lose or may retain her title. Mickie James is not Nia Jax. Or Bayley. Or. Emma. Despite the fact that the last two have a serious indie background. This time Asuka will face serious challenge in the face of legendary WWE competitor, from the nearest past. Someone who loves wrestling and never give up on it! Yes, that is the biggest challenge in Asuka's WWE career at this point. The threat is serious and we can't wait to see this epic clash at NXT TakeOver:Torornto, November 19, 2016 on WWE Network.
By S.K. at October 14, 2016