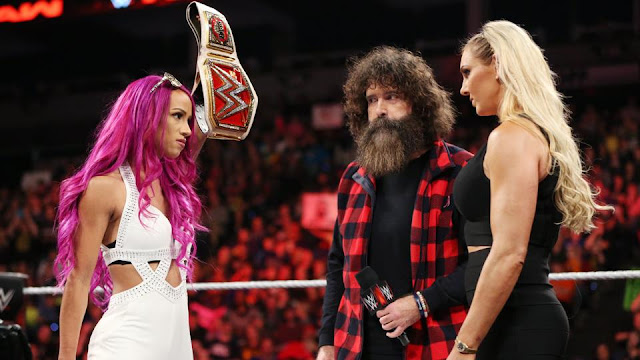 TALK THE TALK!
CHAMPIONS VS. CHALLENGERS WAR OF WORDS...

A lot of "sweethearting" and usual talks in RAW.

What makes this contract signing different from the others was two things: Mick Foley's trying to make the women not signing it and there was no brawl at the end!

Yes, we have never seen an authority trying to change the competitors mind, but since the we have an unique match, the unusual things happened.

The contract was signed, despite Mick's experience sharing and  emotionally-unstable words. 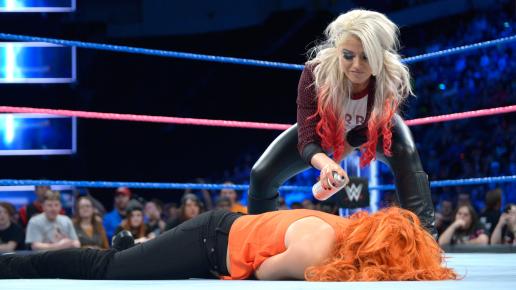 There was a talk. There was a lot o the usual Champ vs. Challenger talks.

But at the end we have a brawl and something we didn't see from years: spraying! Actually the most famous spraying in the women's division was when Trish Stratus sprayed the word "S*u*" on the Christy Hemme's back!

The heat between Bliss and Lynch is getting high! 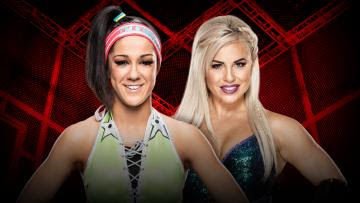 ANOTHER RIVALRY WILL EVOLVE ON HELL IN A CELL

Well, another women's division match is booked for Hell in A Cell this Sunday.

Actually we didn't expect it. Bayley and Dana Brooke's rivalry is not that interesting as Sasha Banks vs. Charlotte, in or out of HIAC match. The usual things. Dana attacks Bayley! Dana defeated Bayley. Oops! Here we are in a Arm Wrestling match, with fans chanting all the time "Boring!".

I prefer to see Bayley on top of that rivalry and it need to end in Monday with Emmalina's return. Of course the match at Sunday has its intrigue - the injured Hugger who wants a payback! But this is not my favorite rivalry at this point and it can't stand a chance next to the women's title match.

We really need Emma back and Nia Jax out of the shadows. 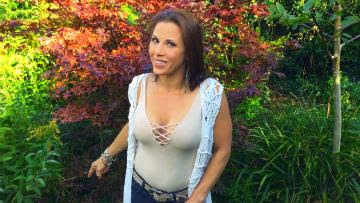 This week we saw Asuka in action against the amazing Thea Trinidad a.k.a. as Rosita former TNA Knockouts Tag Team champion with WWE Performance Center coach Sarah Stocks (a.k.a. Sarita).

I am happy that Thea received that opportunity. Of course the match was the usual short ordeal for The Empress and a prelude to Mickie James' promo.

For me it was great to see it with my eyes. It's sad that we will have to wait almost two weeks before it happens.

The other thing about that match is our hope to see Mickie James for a long time in NXT, which at this point sounds more like a dream, than reality. 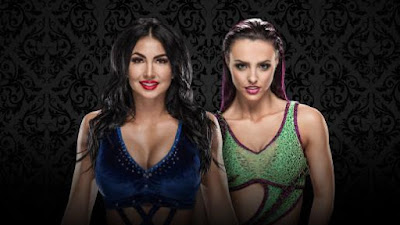 At the same time The Dangerous Aussies- Billie Kay and Peyton Royce concrete their tag dominance after a loss. Yes, Billie was distracted by Liv Morgan and was defeated by Aliyah (congratulations for the first win, Aliyah!), but after the match Kay and Royce got their revenge and  beat-down happened for Liv and Aliyah.
It's nice to see Royce and Kay in the spotlight. It looks like a tag team match may be booked for NXT TakeOver: Toronto! Aliyah is from Toronto, so they can use that, since the Trish Stratus involvement failed! It's not a match to Stratus appearance, but it will receive some heat. 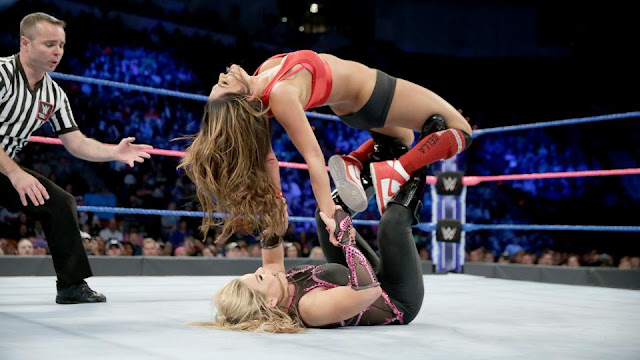 NO QUEEN OF THE BLACK HARTS

Back on SmackDown Live!

Our suggested SDL team is nearly about to happen! Well, with different Captain, but it looks like we'll have it with these members.

Nikki Bella defeated Natalya for the captain's position and it was a really good match. But there was that stipulation that the loser will not make it to the team, at all.

Natalya's elimination from the Survivor Series traditional 10-women elimination tag team match, means  one thing - the door is open for the young and new talents like Alexa Bliss and Carmella. Eva Marie is on a movie set and the chances to see her involved are minimal. So we have Naomi, Becky, Alexa and Nikki's 'best friend' Carmella.

Nikki will have serious problem with that team formation and here is where the intrigue is hiding.
By S.K. at October 28, 2016